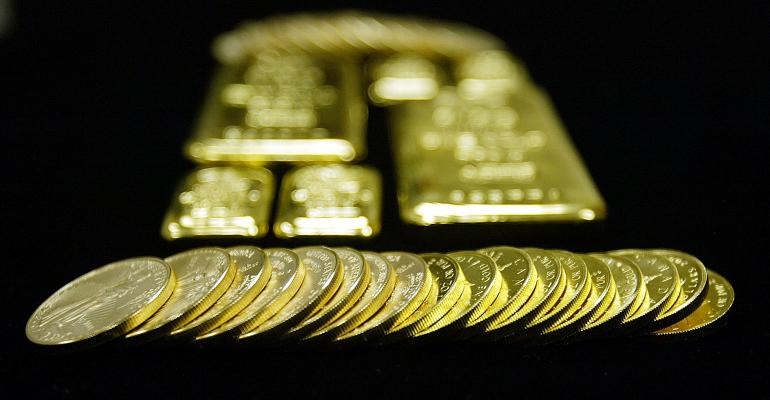 Bullion Bulls Have History on Their Side as Trump Takes Helm

Gold has averaged gains of almost 15 percent in years marking the inauguration of a new president since the 1970s.

(Bloomberg) --Gold bulls wagering the bullion rally has more room to run may have history on their side with the arrival of a new U.S. president.

A look at recent presidential transitions supports optimism among traders over the metal’s prospects. Gold has averaged gains of almost 15 percent in years marking the inauguration of a new president since the 1970s, advancing in five of those seven years. In contrast, the S&P 500 index of equities declined in four of those years for an average loss over the period of 0.9 percent. From Presidents Gerald Ford to Barack Obama, bullion has often served as a haven in times of political flux. The metal has climbed almost 5 percent this year as questions over the possible economic impact of Donald Trump’s policies add to investor angst over Brexit and mounting trade frictions. Bulls reason that gold will extend its gain as scant details of Trump’s fiscal stimulus program and tensions with trading partners including China unnerve investors.

“We have no idea what’s going to happen with some of Trump’s policies -- everybody is a little nervous,” said Axel Merk, San Francisco-based founder of Merk Investments LLC, which manages $300 million in assets. “Gold is relatively undervalued and will push higher.”

Trump has threatened to renegotiate the North American Free Trade Agreement and warned companies that ship jobs overseas they will pay additional taxes when they import goods into the U.S. He has promised to take a tougher approach toward imports from China, while his pick for commerce secretary, Wilbur Ross, has warned America’s trading partners that they need to practice “fair trade.”

Bullion posted a gain of 72 percent in 1974, the biggest annual increase of any modern presidential transition year. That was the year Ford took over for Richard Nixon, who resigned. The second-highest gain for a recent changeover year was 24 percent, in 2009, as Obama assumed the helm amid a global financial crisis.

Not all inauguration years have been good for gold. The metal lost 33 percent in 1981, when Ronald Reagan became chief. It also fell in 1989, the period marking George H.W. Bush’s start as leader.

Gold, which is coming off the worst quarter in more than three years, has in 2017 managed to shrug off gains in equities and prospects for more U.S. rate increases, rising 4.8 percent to $1,202.21 an ounce. Whether gains last may depend on how smooth the transition is to the new presidency.

“What happens frequently is you have a new president, there’s a lot of euphoria and then reality kicks in,” says Merk, who oversees a gold exchange-traded fund with assets totaling $120 million. “It’s more difficult to implement policies.”