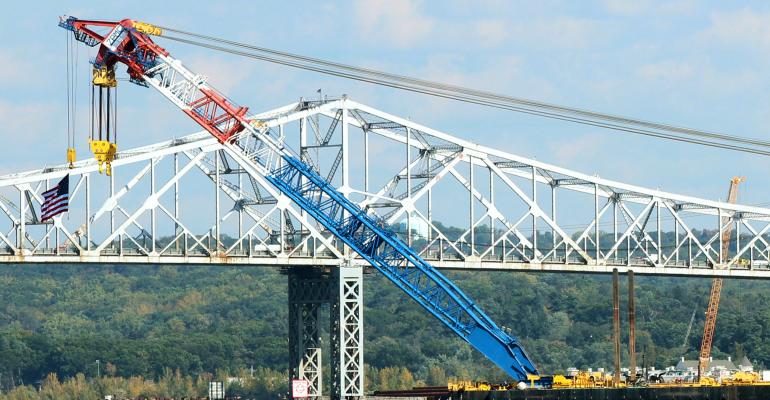 Are We Entering the Golden Age of Infrastructure?

It’s looking more likely that infrastructure projects will get funded under the Trump administration. Here's what investors need to know.

Investors and the public have been waiting for years for the U.S. to fix its ailing infrastructure. Now, with Donald Trump’s lofty infrastructure spending plan, it may actually happen. However, there are still issues that have to be worked out including creating the right framework, getting Americans to pay for it, coordinating government entities, and turning to the private sector for investment, asset managers said during a round table discussion sponsored by Legg Mason.

Richard Elmslie, co-chief executive and co-chief investment officer at RARE Infrastructure, said investors are excited about infrastructure in the U.S. because of the opportunities here.

“Everybody knows your infrastructure is in need of repair,” Elmslie said. “This is the first time when maybe you’re actually going to be successful. You’re going to cut the red tape, and you’re actually going to do some projects which will allow for private participation, which will allow for there to be winners in the consumer, government and private sector debt and equities and operators.”

The Trump administration has come up with a list of 50 infrastructure projects, totaling $138 billion in investment, that it wants to get off the ground. The plan is expected to create 193,350 job years.

“They’re easily financeable, if we can get the state, federal government, municipality, a framework and people believe that the framework is going to work,” Elmslie said.

If Trump can get a high-profile project off the ground successfully, it will likely lead to other projects.

“Mr. Trump has a high opinion of what he wants to do, and he wants to make sure that he maintains that image in the market,” Elmslie said. “So, this needs to be successful. He needs to get something off; he’s made such a big deal of this.”

What type of projects could we expect?

Infrastructure is one of the few issues that has bipartisan support, increasing the likelihood that it moves forward, said Derek Deutsch, managing director and portfolio manager at ClearBridge Investments. Trump has asked state governors to submit their wishlists for infrastructure, with the ones near the end of the planning phase most likely to be implemented first.

“I think there are tunnels and bridges and schools and hospitals that have been identified by the governors that he wants to focus on.”

So, how does the government fund such projects?

The Trump administration plan says half of the projects will be funded through private investments. Economics professor Peter Navarro and Wilbur Ross, Trump’s nominee for secretary of commerce, wrote a white paper outlining the president’s economic plan. The paper suggests raising $1 trillion from private companies in exchange for $140 billion in federal tax credits.

Robert Amodeo, head of municipals at Western Asset Management, believes the Ross-Navarro plan is unnecessary and could even prove unproductive.

“There’s plenty of capital in the private sector,” he said. “Just look at the amount of private equity firms that raise capital for infrastructure projects. A lot of capital is sitting idle.”

What is needed is a predictable, streamlined regulatory process for expediting these projects, and that’s where the savings will come from, Amodeo said. Take the Tappan Zee Bridge in New York, for example. Folks started talking about re-building that bridge in 1999, yet the project wasn’t shovel-ready until 2013. Now, it will cost billions more in capital than it would have in 1999, he said.

The asset managers agreed that a public-private partnership, or P3, is the framework that could work in the U.S.

“Essentially what a P3 does is it solves two issues—one is economic and one is political,” Amodeo said. “It shifts the economic risk of an infrastructure project from the public to the private sector for a set period of time.”

You could end up with a better product, and the public doesn’t give up ownership of the infrastructure. The U.S. is moving toward this model, but the country doesn’t yet have the surveillance system in place to track the entire lifecycle of infrastructure, including design, build, finance, operation and maintenance.

“The way we’re approaching infrastructure in the U.S. is changing,” Amodeo said. “In the past, we would have a draft of a bridge or tunnel and send those plans out to a construction company and the low bid would win. Now, we’re looking at it over the full lifecycle, and all the risks that are included in that infrastructure project.”

Elmslie believes the biggest issue, however, is that Americans haven’t been willing to paying for public infrastructure.

“The biggest issue of all is you, to be frank. You kid yourself if you think this doesn’t cost you money somehow.”