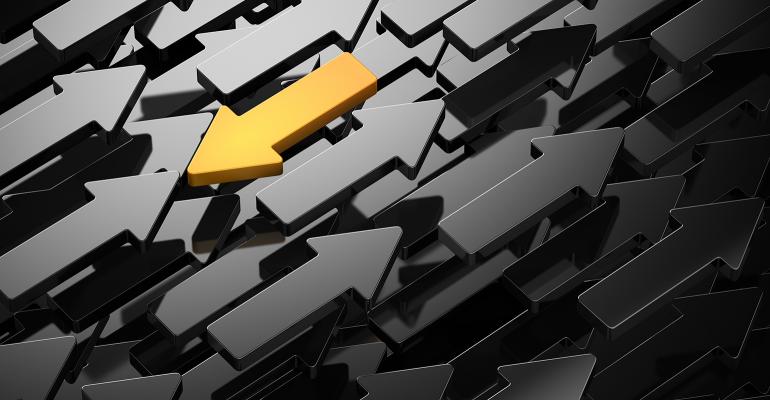 Advisors plan to up investments in alternatives, but high fees and lack of liquidity are still sticking points.

Advisors have always had a love-hate relationship with them. Those who buy into the alt funds’ mission use them extensively. Those that don’t understand them stay far away and make no real distinction between the different types of strategies available in alternative funds.

But a recent WealthManagement.com survey of 755 advisors indicates that some big allocation shifts are ahead, and alternatives may gain more space in client portfolios.

Nearly four in 10 (37 percent) of advisors across channels allocate to liquid alternatives strategically, meaning they intend to hold the position for five years or more. Half as many (19 percent) do so tactically, only during periods of market volatility.

Advisors currently incorporate alternative investments in a third (31 percent) of their client portfolios, most commonly via investments in mutual funds (39 percent) rather than ETFs (17 percent). But by 2018, advisors expect more clients to hold alternatives, rising to nearly four in 10, or 38 percent.

The trend is less pronounced at the wirehouse brokerage firms, being more reliant on home-office model portfolios. These advisors say only about 21 percent of clients are invested in alternatives, rising to nearly 30 percent in the next two years. That compares to nearly 42 percent of client portfolios at RIAs, expecting to rise to 47 percent by 2018.

Advisors are also planning to increase the alternative allocation of those client portfolios from an average 13 percent today to nearly 17 percent in 2018.

There are still obstacles to wider adoption. Advisors see the top limitations as fees and expenses (52 percent) and lack of liquidity (47 percent). Sixty-three percent of advisors said fees were more important than net performance when evaluating a strategy.

And while retail fund wrappers are the most popular way for advisors to get exposure to the investments, six in 10 advisors (64 percent) say they don’t think the alternative strategies do as well in that structure.

Over 700 financial advisors across business channels responded to the WealthManagement.com survey. Some of the findings are detailed below. The full report can be found here.