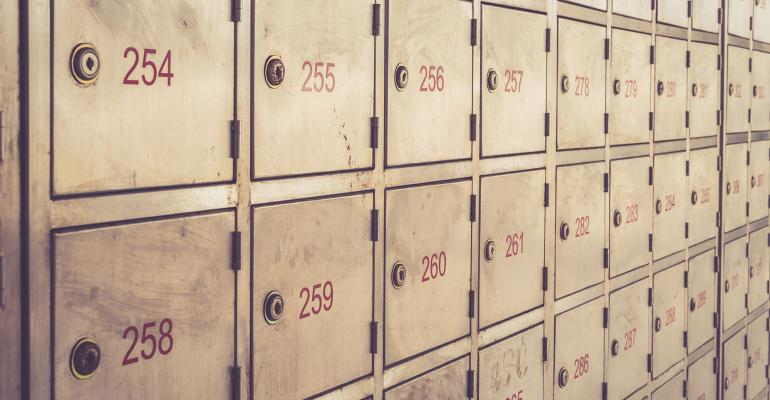 There, in Wilmington, Delaware, several giants of American finance have established powerful outposts. Inside 1209 North Orange are little more than drop boxes. But the likes of Citigroup Inc., Goldman Sachs Group Inc., JPMorgan Chase & Co. and Morgan Stanley have all gone there lately for the same reason: to work around guidelines involving byzantine investments known as structured notes.

It’s a shrewd maneuver -- and perfectly legal. After Lehman Brothers, federal authorities wanted to make banks simpler and safer. As part of that effort, they’re going to restrict banks’ ability to sell structured notes out of their parent holding companies starting in 2019.

But, as usual, the banks are two steps ahead. Several have already created Delaware subsidiaries that will enable them to keep selling billions of dollars’ worth of these securities, rules or no rules. Others are likely to follow suit.

And so it is that in this lucrative -- and sometimes controversial -- corner of Wall Street, banks and regulators have together embraced something of a charade.

As before, bankers at the home office design and market these notes. But legally, the drop-box subsidiaries actually issue them. The proceeds are then whisked to the mother ship or still other affiliates.

Structured notes raise funds for banks and earn fees that some investors have long complained are less than straightforward. The notes mature like bonds but, thanks to derivatives, are linked to other assets like stocks, currencies and commodities.

Banks employ hundreds, even thousands of individual subsidiaries for a wide range of purposes. And, for them, the arrangement at 1209 North Orange is a win-win.

The Federal Reserve seems to be fine with the set-up. A Fed notice last November essentially OK’d the arrangements. A spokesman declined to comment.

All of which raises the question: then why impose rules in the first place? Critics say the Wall Street-to-Wilmington shuttle not only shows how banks can find elegant solutions to quickly comply with regulation, but also how rules designed to make banking simpler can in fact make the industry more complicated.

”This paper-shuffling certainly defeats the purpose of the rule,” says Andrew Stoltmann, an attorney at Stoltmann Law Offices in Chicago, who has represented investors who have sued banks over structured-note investments. ”I have to think that at some point regulators will put an end to the shell game.”

Structured notes, which are often sold to mom and pop investors, are nowhere near the business they were before Lehman collapsed. But they can still prove controversial. In June, Bank of America’s Merrill Lynch agreed to pay a $10 million SEC settlement for misleading statements it gave to retail investors of structured notes linked to the brokerage’s proprietary volatility index.

Back in 2010, banks issued $46.6 billion of structured notes that were registered with the Securities and Exchange Commission. Last year, that figure was $43.5 billion, according to data compiled by Bloomberg.

Still, the money is good for the banks. In all, Morgan Stanley collected an estimated $4 million in fees on registered structured notes in July alone, according to data compiled by Bloomberg.

Morgan Stanley began issuing SEC-registered structured notes via its Delaware unit in March, according to data compiled by Bloomberg. Since then, Morgan Stanley Finance has sold more than $415 million, the data show.

Investors have been told that the Delaware subsidiary doesn’t guarantee the notes. Morgan Stanley does -- ”fully and unconditionally,” an Aug. 31 prospectus says. The subsidiary, the document also makes clear, has no assets of its own.

Because the notes aren’t backed by collateral and are guaranteed by the parents, these changes are semantic rather than substantive, according to Etay Katz, a partner at Allen & Overy LLP in London. ”You’re still creating a contingent liability, which is not substantively different to having the structured notes issued out of the holding company,” he said.

The pending regulations are closely connected to what’s known as banks’ total-loss-absorbing capacity, which as the name implies, is the debt or capital that institutions have available to absorb losses. The idea is to prevent a taxpayer bailout if a bank fails.

The Fed excluded structured notes from the category of TLAC-eligible debt because they are highly complex and difficult to value. It also capped the amount a holding company can issue of non-TLAC eligible debt at 5 percent.

The rules, which could still change, allow the parent company to guarantee the notes issued out of subsidiaries as long as it keeps paying investors in the event of a bankruptcy. How long a big bank would be able to keep that up, though, is an open question.

Arthur Wilmarth, a professor at George Washington University Law School, says the pitfalls could be serious. The way he reads this, the subsidiaries essentially serve as conduits and it’s worth asking what would happen if the holding company did not have sufficient capital to honor these subsidiary guarantees.

”They’re just paper companies and the reality is that the funding is being provided by the parent,” Wilmarth said. ”The holding company is running the show.”