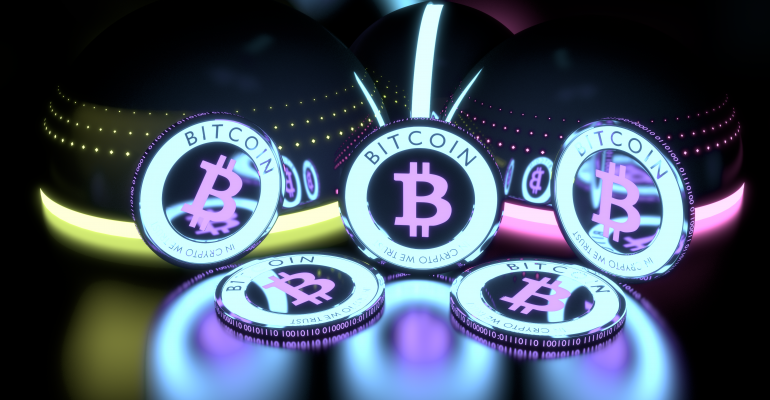 In 226 Pages, Bitwise Makes its Case for Bitcoin ETF

In a presentation to the SEC, the asset manager says broker-dealers and RIAs are interested in a bitcoin ETF, and that the fund would be compatible with advisors' fiduciary responsibility.

Bitwise Asset Management met with Security and Exchange Commission regulators last week to make the argument that investment advisors could lawfully recommend an exchange-traded fund that tracks bitcoin under a fiduciary mandate, which should pave the way for the regulators to approve an exchange traded fund for the coin.

In a 226-page presentation, the indexer and manager of crypto assets brushed aside some challenges investment advisors would face when recommending the fund. Pointing to precious metals and other financial derivatives that are available via ETFs, the firm said it was curious that there was a concern over bitcoin's non-cashflow generating nature. The manager also said bitcoin's volatility has "fallen sharply" and that the Bitwise Bitcoin ETF Trust’s use of a regulated, insured, third-party custodian would make it a safe product for clients.

Bitwise Asset Management filed a registration statement with the Securities and Exchange Commission for an ETF that would track its Bitwise Bitcoin Total Return Index, which aims to capture the value of bitcoin physically held by custodians. Past bitcoin ETFs filed with the SEC were not reliant on bitcoin held by third-party custodians, instead they just used prices on cryptocurrency exchanges, the company has said. The SEC has not yet approved any cryptocurrency ETF.

The Bitwise ETF application also differs from others because it specifically names NYSE Arca as a proposed exchange. Managers from NYSE Arca were present at the meeting on Tuesday with the SEC.

Bitwise said in its presentation it has been in touch with broker/dealers about the suitability of adding a bitcoin ETF to their platforms and that many were interested, but those discussions did not extend "beyond general terms."

The manager also said it has discussed with b/ds and other platforms the possibility of distributing its private funds, including the Bitwise 10 Private Index Fund and the Bitwise Bitcoin Fund.

Tuesday's meeting with the SEC is itself evidence that the regulator is considering approval of a Bitcoin ETF, said Nicholas Wendland, an attorney at Drinker Biddle. But approval does not guarantee that money will flow into the nascent asset class. Unlike more traditional ETFs, the Bitwise ETF would not be available on most brokerage and advisory platforms at its launch, and will likely be subject to high scrutiny from investment due diligence committees and home offices, she said.

“Above and beyond the SEC saying, 'this is fine,' they still will have a suitability requirement and getting firms comfortable with thinking that this is good for customers is going to be difficult,” Wendland told WealthManagement.com. "They aren’t going to want to risk reputation for this.”

Firms of all sizes will approach the new asset class and any dervitive products with caution, according Amit Dogra, CEO of Third Seven Advisors. “The widget changes, the scrutiny doesn't,” he said.

Wendland also said he wonders if retail investors will take to a bitcoin ETF as Bitcoin futures have largely failed to find support in the market. Last week, Cboe Global Markets said it would not list bitcoin futures contracts as planned in March. CME Group is the lone derivatives exchange that offers bitcoin futures.

At least one advisor said the demand is there but he doesn't see the need for a bitcoin ETF. Tyrone Ross, Jr., a financial consultant at NobleBridge Wealth, said clients are asking about bitcoin and many advisors will be happy to have a product to manage on behalf of clients–and collect the fee. He charges clients a consultative fee when advising them on their cyrpto assets, rather than a percentage of the assets under management.

But Ross said an advisor "would be crazy" to recommend the ETF because there are more cost-effective ways for investors to get comparably safe exposure to the asset class. Bitwise has not publicly discussed what the cost of its bitcoin ETF might be, nor did they respond to requests to comment on this story.