The 10 Most Valuable Comic Books Sold at Auction 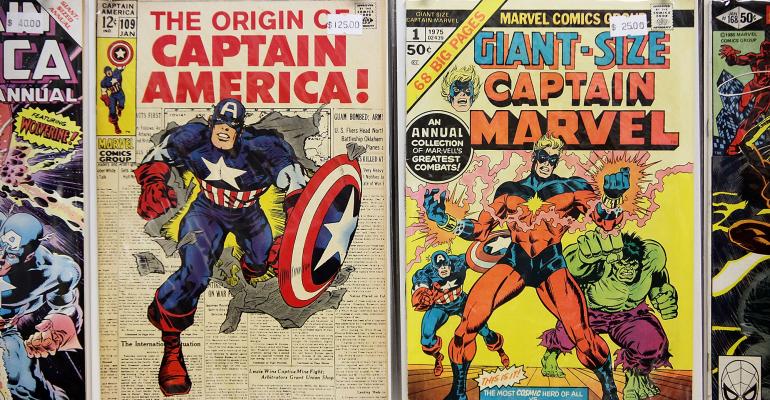 Hugh Jackman’s farewell to Wolverine, Logan, opened with almost $90 million. It's box office success and rave reviews are proof that comic books are increasingly appreciated for both their artistic merit and monetary value. Though still not considered “art” by many, comics are starting to reach the rarified auction air—albeit largely online—normally reserved for more traditional art investments like paintings and sculpture.

Starting May 11, noted comic collector John Berk’s massive collection will go on display in New York’s Metropolis Gallery before being auctioned starting May 15 on ComicConnect.com. Two pieces in particular, Action Comics #1 and Detective Comics #27, the first appearances of Superman and Batman respectively, are expected to command high prices.

Exactly how much can a comic book be worth, really? Value depends on a number of factors including rarity, popularity of the character, and an arcane grading system that assigns books a numerical value out of 10 to represent their condition. For instance, books in conditions greater than 9 are so rare that the price doubles for every 0.2 increase beyond that.

Here’s a list of the 10 most expensive comic book sales of all time (per title), based on data compiled by cbr.com.