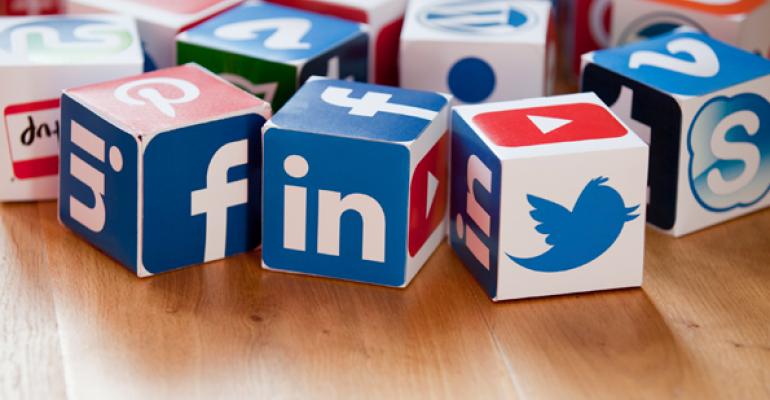 Over half of RIAs report using social media as part of their professional communication, according to WealthManagement.com’s 2014 AdvisorBenchmarking RIA Trend Report. But there’s still a big cohort of advisors who aren’t, despite the fact they have greater freedom and flexibility to use the tools than brokers.

“The wires can’t just say, ‘Go be social,’” says Blane Warrene, co-founder of QuonWarrene, a firm providing technology advice to financial advisors. While firms like Morgan Stanley have fairly robust pilot programs allowing advisors to use Twitter and other platforms more freely, it’s not firm-wide across all advisors.

“That’s the untapped potential on the independent side—you have the freedom to have genuine, unique content going out month after month,” Warrene says. “You’re a little more restricted the larger and more structured your organization is.”

But despite the greater freedom and advantages using the tools can bring, only 53 percent of advisors at RIA firms are using social media for business, only slightly higher than the industry average (51 percent). Inactive advisors cite compliance issues and the burden of allocating or hiring staff to monitor and maintain a presence as the main reasons for not participating. 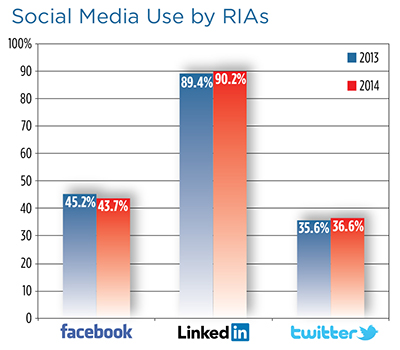 “Compliance is becoming less of a reasonable response to why folks are not using social [media],” Warrene says, adding that regulators have laid the groundwork and that the technology and systems needed for such required activities as archiving and supervision have evolved dramatically over the last five years.

Across all advisor channels, LinkedIn remains the most popular platform, with about 90 percent of advisors using it for business purposes, followed by Facebook (36 percent) and Twitter (24 percent). RIA firms take the lead with the highest percentage using Twitter (37 percent), while about 44 percent of RIAs say they use Facebook.

Advisors need to take advantage of the opportunity to test out social media now, Warrene recommends. “We’re in a window where it’s still forgivable if you’re still learning. But I would say in five to seven years at the most, the public will be unforgiving if you’re not savvy.”

That doesn’t mean advisors have to be on every platform, but if advisors are not available to do business digitally and virtually, there will no longer be any “give,” Warrene says. If a client can’t find you, they’ll move on, he predicts.

“With all of these automated systems popping up to provide financial planning for middle America, in five years we may have a real challenge if the advice channel is not ready to be fully digital.”