https://www.wealthmanagement.com/sites/wealthmanagement.com/files/logos/Wealth-Management-Logo-white.png
Recent
Recent
Eight Must Reads for CRE Investors Today (Feb. 7, 2023)
Feb 06, 2023
He Turned Wall Street Offices into Homes. Now He Vows to Remake New York.
Feb 06, 2023
Publicly-Traded REITs Enjoy a Fast Start to What They Hope Will Be a Bounce Back Year
Feb 06, 2023
Raises for Retail Workers Won't Protect Them From Automation
Feb 06, 2023
Public Storage Makes Unsolicited $11 Billion Offer for Rival
Feb 06, 2023
Featured
The 10 Biggest Tax Crooks of 2022
Jan 23, 2023
The 12 Best Business Books of 2022 for Advisors
Nov 23, 2022
The Most-Revealing Onboarding Questions Advisors Ask
Jan 09, 2023
How Well Do You Remember 2019?
Jan 03, 2023
Morningstar Investment Conference
brought to you by 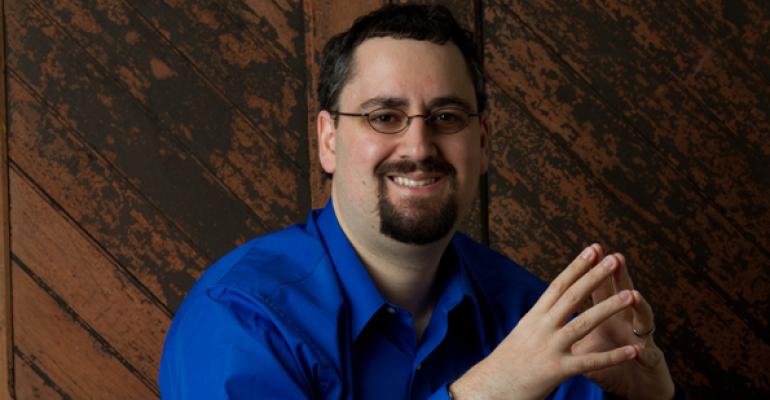 Delaying Social Security benefits is the equivalent of getting about a 6.5 percent bond return, said industry blogger and financial planning guru Michael Kitces. Speaking during the 2014 Morningstar Investment Conference in Chicago, Kitces told advisors that delaying Social Security can be a powerful return vehicle as well as a hedging strategy for retirees.

“When you start comparing it to bond rates or TIPS rates or the going rate for an inflation-adjusted annuity in the marketplace, it’s just overwhelmingly the most unbelievably favorable return that you can get,” Kitces said.

Originally, retirees got a 3 percent increase in their benefits; by the early 2000s, it was 5.5 percent, and as of last year, the increase got up to 8 percent. Meanwhile, the 10-year bond is at 2.5 percent.

Social Security is not priced based on interest rates, as annuities are, and right now, it’s the cheapest form of insurance you can get, Blanchett said.

That said, if you have a client in terrible health and has a short time horizon, they should start getting Social Security as soon as they can, Kitces said.

There are three factors that drive the benefits of delaying Social Security: unexpected longevity, high inflation and low returns. “Which is notable because the three worst things for a portfolio-based retirement are unexpected longevity, high inflation and low returns. So it’s a powerful return vehicle and it’s an incredible hedging strategy because it does best in the exact scenarios when the portfolio does the worst.”

Kitces is not at all worried about Social Security dying out, and advisors shouldn’t start modeling for zero benefits for younger clients.

This has been the system for the past 80 years. We taxed workers so much that we created a surplus—amounting to about $3 trillion this year—which was invested in government bonds. But this year we’re at a transition point where the money we bring in through taxes is not enough to pay out retirees, with the baby boomer generation retiring out. So that means we have to start liquidating the government bonds, Kitces said. It will take about 20 years to spend them down.

But that’s only if we do nothing and make no adjustments to payroll taxes or retirement age.  If we simply increased payroll taxes by 2 percent, that would keep us fully funded until the 2100s, based on the people who are already in the workforce, Kitces said.

If we were to do nothing and go off the “Social Security cliff,” as he calls it, we’d see a 25 percent haircut for benefits in 20 years, while the rest would be still fully funded. Despite his positive outlook, he does look at haircutting benefits by 25 percent for younger clients.

“As long as most of the system is a pay-as-you-go system and there are still children being born today, I don’t see why we cut it to zero.”