/sites/all/themes/penton_subtheme_wealthmanagement/images/logos/footer.png
Recent
Recent
11 Must Reads for the CRE Industry Today (Dec. 1, 2022)
Nov 30, 2022
Energize Your Portfolio: The Metals and Miners Critical to Battery Production
Nov 30, 2022
Meta Scales Back NYC Hudson Yards Offices in Cost-Cutting Pivot
Nov 30, 2022
European Landlords Want to Sell, But Buyers Are on Strike
Nov 30, 2022
Featured
The 10 Best and 10 Worst States in Which to Retire in 2021
Jul 15, 2021
I’m an Advisor. This Book Changed My Life
Aug 31, 2022
Fifteen Must-Listen Business Podcasts for Advisors
Aug 14, 2020
Celebrity Estates: Jay Leno and Planning for Classic Car Collections
Feb 22, 2022
Morningstar Investment Conference
brought to you by 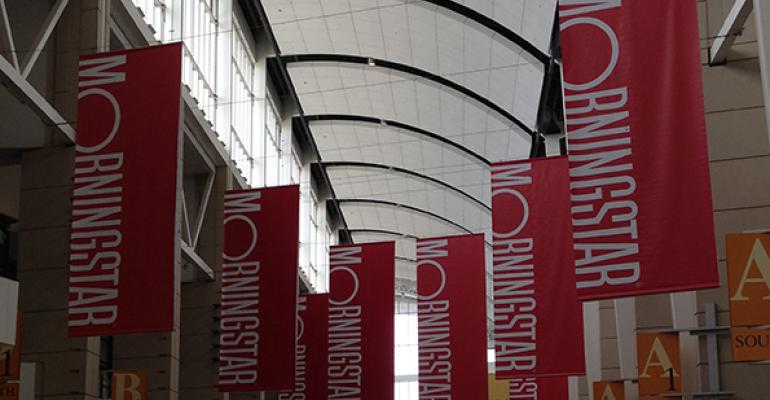 About 2,000 investment industry folks flocked to the 2014 Morningstar Investment Conference in Chicago this week, eager to network and hear some of the brightest minds in the industry speak.

But networking was not limited to face-to-face during the massive three-day event, as hundreds flocked to Twitter and other forms of social media to share conference happenings. 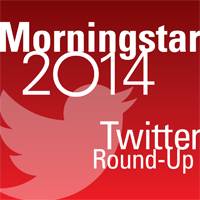 We rounded up a selection of the top tweets from Morningstar 2014 by tracking the conference-branded hashtag #MICUS. We started with early arrivals and followed the event through to Friday's closing.

While some experienced a rocky arrival due to inclement weather, conference attendees eventually arrived in Illinois as the Morningstar Investment Conference began:

Skies are clearing to the West as we look out over McCormick place! Wouldn't be an MIC without a little rain! #MICUS pic.twitter.com/pToCHMvcqV

Hasenstab from @FTI_US: "If you're at all concerned about U.S. debt levels...you should be petrified about the Japan debt levels." #MICUS

Later in day one, a group of Morningstar investment analysts came together for a roundtable panel discussion, including Russ Kinnel, David Needham, Michael Holt and Bob Johnson:

.@morningstar research panel: Bob Johnson – We underestimate the effect of the natural gas boom in the U.S... “Life changing.” #MICUS

Day two brought a quirky appearance from Bill Gross of Pimco, who referenced everyone from World War II Gen. George Patton to pop star Justin Bieber in his presentation. Here, a photo was snapped during his session:

Gross recommends book Triumph of The Optimist “You can get into this book like I did with the bible when I was a child.” #MICUS

Michael Kitces was busy at Morningstar. Not only was the financial planning guru attending sessions throughout the week, but he also gave his own session on day two, which saw a popular turnout:

In a panel on smart beta at #MICUS. @Rick_Ferri says he puts enough in smart beta to make difference, but not enough to make it risky.

.@Jpmorgan Bill Eigen on opportunities in bonds: “I pretty much like nothing.” #MICUS

In perhaps one of the biggest moments of the second day, the conference-branded #MICUS hashtag became one of the top trends worldwide, bested at one point only by the England vs. Uruguay World Cup match in Brazil.

But perhaps it was the conference inclusion of FIFA World Cup action that helped make #MICUS part of the global conversation:

#MICUS Make sure to stop by MFS booth no. 641 for a fun treat and live #WorldCup games.

Asness: anomalies (value, momentum) work part of the time because of market inefficiencies, but it's not obvious or easy to exploit #MICUS

Marketfield's Aronstein: We're in the midst of the most radical monetary experiment since the #fed was founded #MICUS

One of the most popular attractions on #MICUS day three may have been this booth:

But alas, after hosting thousands of asset managers, advisors, strategists, executives and media, the conference eventually cleared out:

Great "after the show" photo. RT @sunstarstrategy: Getting quiet at the Morningstar investment conference. #MICUS pic.twitter.com/Osi9YoHdPq