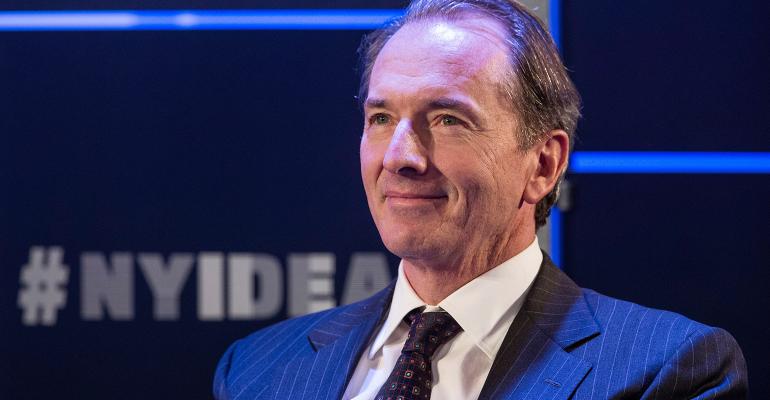 Gorman told the bank’s board last year that he planned to stay on for at least three more years.

(Bloomberg) -- Morgan Stanley Chief Executive Officer James Gorman, who’s been in the job for 12 years, reiterated his plan to exit his role within five years.

“I’m not leaving now and I’m not going to be here in five years,” Gorman, 63, said on a call Wednesday discussing fourth-quarter earnings. “We’re developing successes. I’ll be here a few years and I want to see these integrations done.”

Gorman told the bank’s board last year that he planned to stay on for at least three more years, Bloomberg reported in May. Succession for bank bosses has taken center stage in recent months, with executives awarded millions of dollars in special awards to stay on amid record profits.

JPMorgan Chase & Co.’s CEO Jamie Dimon, who had a long-running joke about retiring in five years no matter when he was asked, was granted a gift in July to persuade him to stay -- a stock award he wouldn’t be able to exercise for at least five years.

“I want to see us firmly on this path, and I want to hand it over to somebody else who can take us the next decade,” Gorman said.