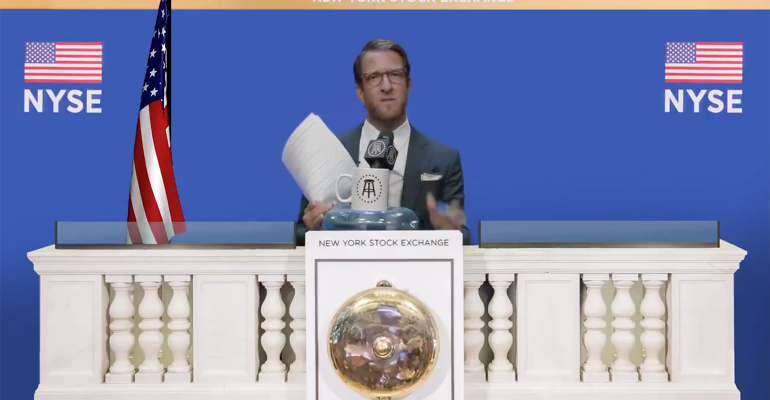 (Bloomberg) -- Looking to cash-in on the hype around online stock promotion, VanEck Associates Corp. is starting a new exchange-traded fund that purports to track the 75 most-favorably mentioned companies on the internet.

Launching on Thursday, the VanEck Vectors Social Sentiment ETF (ticker BUZZ) follows an index that scours online sources including social media, news articles and blogs for equity-specific messages and posts, according to a statement from the firm.

As if to underline the fund’s roots in the retail-investing boom that has swept Wall Street in the past year: Dave Portnoy, founder of Barstool Sports, promoted the ETF in a Twitter video on Tuesday.

“Twitter, Reddit, Stocktwits and dozens of other platforms have established communities for investors to discuss stocks,” Ed Lopez, head of ETF product for VanEck, said in the statement. “As a result of soaring online engagement they have become an alternative dataset for investors to scour and utilize for a performance edge.”

Exactly how well the fund will capture the hottest trends is a matter for debate. The ETF follows the BUZZ NextGen AI US Sentiment Leaders Index, whose criteria for inclusion of a stock includes a minimum market capitalization of $5 billion and the breadth and diversity of conversation surrounding a share, which is screened-for over a 12-month period.

As a result, something like GameStop Corp. -- which famously surged more than 1,600% in January driven by investors from Reddit platform WallStreetBets -- do not currently feature in the index. Twitter Inc., DraftKings Inc. and Ford Motor Co. are currently the top names in the gauge, which rebalances monthly.

A similar ETF tracking the same index launched in 2016, called the BUZZ US Sentiment Leaders ETF (BUZ). It closed in 2019 with just $8.8 million in assets.