Longevity Lifestyle Preparation
brought to you by 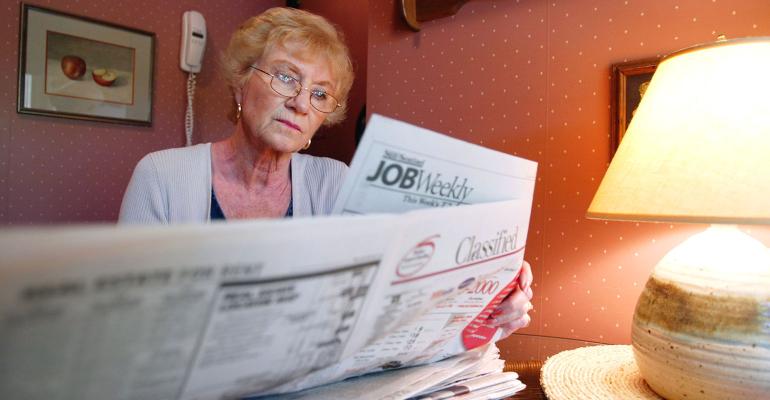 Delaying Retirement Can Have Remarkable Benefits

Waiting just a few months has enormous advantages no matter how much you make.

(Bloomberg View) --You're 49 years old, you make $113,000 a year and you're starting to get worried about financing your retirement. You could take the drastic step of upping your retirement savings by 10 percent of your salary. Or you could achieve the same result by retiring two years and five months later than you had been planning to.

This is one of a number of such comparisons in a remarkable new National Bureau of Economic Research working paper, "The Power of Working Longer," that I imagine is going to become a staple of retirement advice in the coming years. The authors are Gila Bronshtein, Jason Scott, John B. Shoven and Sita N. Slavov. Shoven is a Stanford economics professor and longtime retirement guru who, at age 70, is practicing what he preaches. Bronshtein, Scott and Slavov all got their doctorates in economics from Stanford in the past 15 years and are now working at, respectively, Cornerstone Research, Financial Engines and George Mason University.

The authors look at scenarios for different incomes, living arrangements and rates of return. But the findings all point in the same general direction:

The basic result is that delaying retirement by 3-6 months has the same impact on the retirement standard of living as saving an additional one-percentage point of labor earnings for 30 years.

The working-longer effect is strongest for those with the lowest incomes: If you make $21,996 a year, delaying retirement by just two and a half months has the same effect as saving 1 percent of earnings for 30 years, while delaying retirement by a little over three weeks is equal to saving 1 percent for 10 years. This is because those with lower incomes get a higher percentage of their expected retirement earnings from Social Security, and claiming Social Security later results in higher monthly benefits. Nearly half of retired-worker Social Security recipients start claiming benefits at the earliest possible age, 62, and receive much-reduced benefits as a result.Social Security's early retirees tend to be markedly less educated and less affluent than those who stick it out to the full retirement age -- currently 66 and soon to start rising to 67. The less educated and less affluent also have lower life expectancies, so the decision to start receiving benefits early may in some cases be entirely rational. But there seems to be a growing consensus that in many cases it's not, and that those who claim benefits early don't fully understand the price they're paying. It seems like Bronshtein, Scott, Shoven and Slavov have delivered a valuable educational tool for making that price clearer.

Higher up on the income spectrum, Social Security is less of a factor. And if you're already planning to work to age 70, delaying retirement past that won't net you any additional Social Security benefits.

Similar math does apply, though, to savings in 401(k)s and other retirement accounts, and it doesn't stop applying at age 70. For every month that you delay retirement, you're (1) increasing the amount you're able to save and (2) decreasing the number of months you can be expected to live after retirement. That second part sounds awful, and it's not strictly true, given that there's some evidence that working longer actually leads to increased lifespans. But if you think in terms of the monthly annuity a person can buy at different ages -- which is what Bronshtein et al. (and other retirement researchers) do in their calculations -- one can see the appeal. Using the CNNMoney annuity calculator, I find that a male New Yorker with $500,000 can buy a $2,505 monthly income with that at 62, $2,705 at age 65, $3,100 at age 70, and $3,707 at age 75. In other words, it pays to delay.