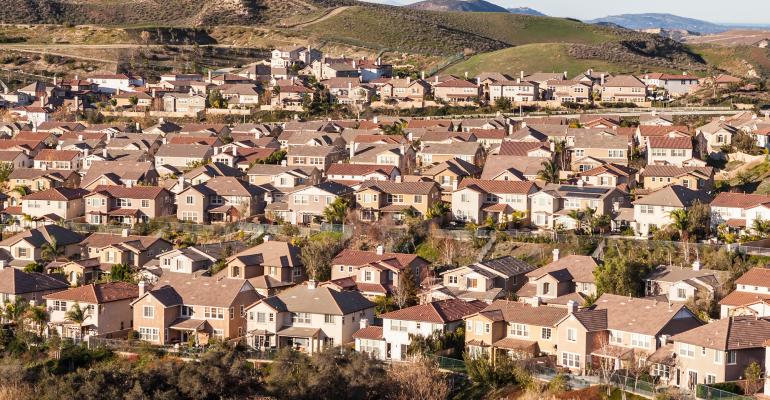 (Bloomberg)—U.S. household net worth surged to a fresh record in the second quarter as Americans enjoyed an ebullient stock market and the largest-ever increase in the value of their real estate holdings.

Household net worth increased by $5.8 trillion, or 4.3%, to $141.7 trillion in the second quarter, a Federal Reserve report out Thursday showed. The advance included a $3.5 trillion gain in the value of equities and a $1.2 trillion improvement in real estate held by households.

Stocks have surged to record highs, and low borrowing costs have supported a flurry of home buying -- and ultimately home price appreciation. The figures highlight how the massive support provided by the government and the Fed has bolstered Americans’ wealth.

Equity shares as a percent of total household assets rose in the second quarter to almost 29.5%, up from 25.6% in 2019, the Fed’s report showed.

But not everyone is benefiting from those wealth gains. A large share of Americans are not invested in the stock market, and for many renters, the sharp rise in housing prices pushed the reality of owning a home further out of reach.

Net private savings grew at an annualized pace of almost $2.9 trillion in the second quarter after a $4.8 trillion surge in the prior quarter -- a product of federal stimulus efforts. Excess savings have been a key driver of consumer spending, including last quarter, where consumer outlays jumped at one of the fastest paces on record.

Business debt outstanding increased by $63.2 billion from the prior quarter, or at an 1.4% annualized rate, in the April to June period to a total of nearly $18 trillion.

Federal debt outstanding increased $578.8 billion, or an annualized 9.6%, to $24.7 trillion. Government debt has swelled during the pandemic, as policy makers stepped in to ease the economic impact of the health crisis on people and businesses with trillions of dollars of support.

The government is currently on track to default on its financial obligations without congressional approval to raise the statutory limit on U.S. debt.

Consumer credit outstanding not including mortgage debt rose by $91.2 billion in the second quarter.