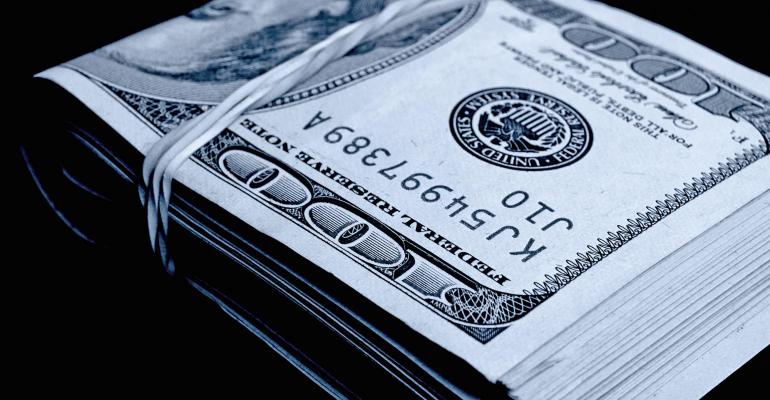 For those seeking safe havens, cash products like high-yield savings accounts and Series I savings bonds are good options.

(Bloomberg) -- Few are saying that cash is trash these days.

As stocks tumble, bonds slump and cryptocurrencies melt down, investors who funneled money into the booming bull market the past two years are thinking twice. The destination for many? Good old-fashioned cash.

In fact, a recent Bank of America Corp. fund manager survey showed that cash levels among investors are at their highest since September 2001. Yet the move to cash carries its own risks: with the most recent inflation reading showing an 8.3% increase in consumer prices on an annual basis, the real value of cash is declining.

“A lot of people have been tempted to go to cash because of all the turbulence in the market,” said Amy Arnott, a portfolio strategist at Morningstar. “The new challenge is inflation higher than it has been.”

No one has been more vocal than Ray Dalio, billionaire founder of hedge fund Bridgewater Associates, in proclaiming “cash is trash” over the past two years.

So what’s a savvy investor to do? Experts caution that trying to time the market is never a good idea, and that, historically, the price of equities rises over time. But for those who have decided to take some risk off the table, there’s a range of options for storing that money.

If there’s a chance you might need the money relatively soon, a high-yield savings account is a great way to earn a bit of interest while still keeping funds liquid.

Although yields are still low on these offerings, they’re starting to tick higher as the Federal Reserve raises benchmark rates. For instance, Goldman Sachs Group Inc.’s popular consumer bank Marcus recently increased its annual percentage yield to 0.7%, up from the 0.5% it offered during much of the pandemic. That’s still well below the 2% yield offered in 2019, but higher than what you can get from a more traditional bank, like Bank of America or JPMorgan Chase & Co.

Barclays and Ally Bank also feature high-yield savings options with rates similar to that of Marcus.

“Each day it seems like different banks are fighting for the best high-yield savings rate, so shop around,” said Jay Zigmont, a certified financial planner in Mississippi.

Another option for keeping cash liquid is money market funds, which are structured like mutual funds and invest in cash or short-term debt securities that carry little risk.

Money market funds are especially useful for short-term storage of money you plan to use for a big purchase, like a down payment on a house, or for placing a small percentage of your portfolio in cash, explained Corbin Blackwell, senior financial planner for roboadviser Betterment.

Rob Williams, managing director of financial planning and wealth management at the Schwab Center for Financial Research, likes this option for cash because the interest rates on money market funds adjust quickly as benchmark rates rise.

“For money I don't need tomorrow, I can get a little more return, but I’m not tying my money up, and I can usually get it within a day or two,” he said.

For those willing to forgo easy access to their money temporarily, certificates of deposit, or CDs, can provide a higher return. The lockup period on these products generally ranges from three months to six years or more, and they typically offer larger yields for longer maturity dates.

The downside is taking your money out early can result in a penalty. However, some CDs offer a modest penalty, or even none at all. Just make sure to read the fine print.

Marcus currently offers a range of CD options, from six months at 0.5% annual percentage yield to six years at 2.55%. There’s also a range of no-penalty CDs, including a seven-month one for 0.45% yield. They all require a minimum deposit of $500.

Capital One also has some of the best rates among CDs, according to analysts at Bankrate.com. Its one-year CD has a 1.30% yield and its five-year version offers 2.25%.

One of the most popular options this year in the usually sleepy world of cash-like products is the Series I savings bond from the US Treasury.

The Treasury Department sets the variable rate for these products at the beginning of May and November each year, with the rate rising or falling based on inflation. Currently, it’s 9.62%, which outpaces the latest inflation reading at 8.3%.

“These can be a great option for someone who wants to put away some cash for a set period of time and earn a great return,” said Eric Baskin, founder of Baskin Financial Planning in Ohio.

A potential downside is that your rate changes every six months from the date you initially purchased, meaning it could be revised lower if inflation subsides. The bonds also must be held for at least one year, and cashing them in before five years mean you’ll give up the last three months of interest earned. There’s a $10,000 limit on how much an individual can invest each calendar year.

Although technically not cash, there are a range of exchange-traded funds that effectively act as cash-like instruments.

Another option is short-term Treasury ETFs, which are widely considered safe because they’re backed by the federal government. BlackRock’s iShares 0-3 Month Treasury Bond ETF (SGOV) has posted a small return this year, no small feat when most assets classes are in the red.

Finally, TIPS ETFs — which include Treasury Inflation-Protected Securities — offer investors a chance to keep up with rising prices, since they’re linked to inflation gauges. One of the most popular is Schwab US TIPS ETF (SCHP), but there are also products from BlackRock, State Street and Pimco.

To contact the author of this story:
Claire Ballentine in New York at cballentine@bloomberg.net