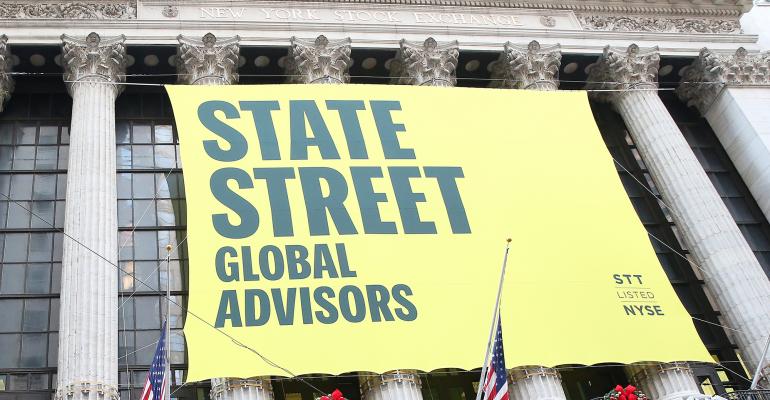 The reduction in fees is happening as the use of such products is increasing among institutions, many of which have warmed to these types of ETFs following an embrace by the Federal Reserve, according to Bill Ahmuty, head of the SPDR fixed income group at State Street Global Advisors.

“A large catalyst coming out of the volatility of 2020 and Covid and this use of these funds in the Fed’s SMCCF program really helped as endorsements for fixed-income ETFs, and we continue to see an uptick in institutional usage, whether it’s insurance companies, asset managers,” and others, Ahmuty said in a phone interview, referring to the central bank’s Secondary Market Corporate Credit Facility, which was deployed to help support credit markets.

The Federal Reserve at one point last year became one of the top holders in some of the world’s largest credit ETFs after it stepped into the market amid the coronavirus pandemic.

That’s helped push institutional players to see fixed-income ETFs as “a tool they can use,” said Ahmuty.

State Street’s move makes all three of those funds cheaper than similar products from competitors, including those from Vanguard, which charges 0.05% for its short (ticker VCSH), intermediate (VCIT) and long-term (VCLT) corporate bond ETFs.

For comparison, VCSH has seen inflows of around $7 billion this year, data compiled by Bloomberg show, while State Street’s short-term product has taken in around $775 million in the same period. Investors have added almost $6.4 billion to Vanguard’s VCIT, while SPIB has seen an exodus of money so far in 2021.

That underscores how much more preferable one product can be over another in the eyes of large market participants. Ahmuty says State Street’s ETFs are now competitively priced and the company remains committed to reducing costs where possible.