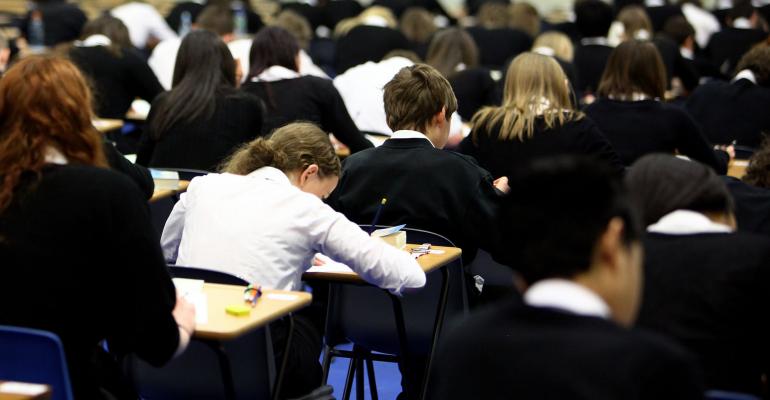 (Bloomberg) -- The pass rate for the Chartered Financial Analyst Level I exam administered in May was the lowest since testing began in 1963.

Twenty-five percent of applicants passed the latest test, down from 44% for those who sat for the February examination, according to the CFA Institute’s website. The 10-year average pass rate is 42%.

Nearly 26,000 candidates sat for the Level I exam, which was administered at test centers around the world, the CFA Institute said in a statement Tuesday.

“The degree of difficulty of the May Level I exam was consistent with previous Level I exam administrations, and this is the case whether we look back to paper-based testing or computer-based testing, which we introduced in February this year,” CFA Institute spokesman Matthew Hickerson said.

Passing all three CFA exams can lead to higher salaries and better job opportunities. Candidates on average study 300 hours for each level and take four years to complete the series.

The pandemic upended the normal timeline of test taking and preparation. Some candidates preparing for the Level I exam had to defer their test twice due to restrictions caused by the virus, according to the CFA Institute.

“While some impacted candidates were able to pass, we believe the stop-start nature of the deferred candidates’ studies is reflected in the overall passing rate,” the organization said.

Historically, the institute offered all three levels of the test on paper in June, and another chance to take the first part in December. After transitioning to computer-based testing, the institute now offers the exams more times throughout the year.