Notes on Retirement
brought to you by 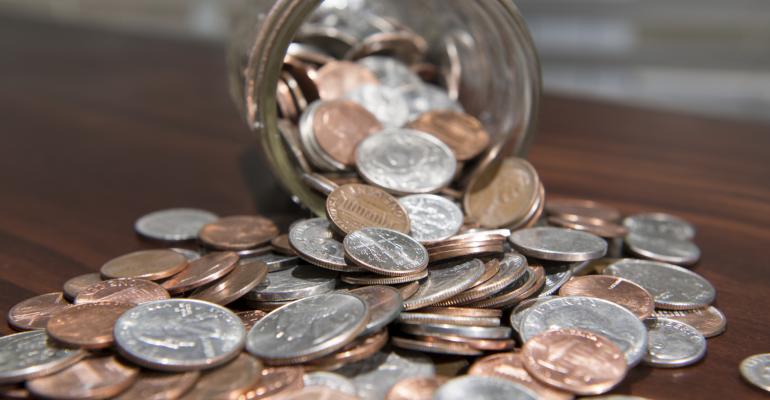 Are Your Clients Leaving 401(k) Matching Funds on the Table?

What if you could boost your clients’ retirement nest eggs by $42,885 guaranteed - and absolutely free? You’d do it of course, but not without asking first: “What’s the catch?”

That question would only be slightly off the mark. What you should have asked: “What’s the match?” - as in 401(k) matching contribution.

A new study concludes that one in four workers participating in 401(k) plans don’t contribute enough to capture the full matching contribution offered by their employers. The average they’re missing over a 20-year period is the aforementioned $42,885, according to Financial Engines, which looked at savings records of 4.4 million retirement plan participants at 553 companies where it is providing advisory services. For younger workers, the impact is greater - $142,270 over a 40-year period for a 25 year-old worker.

Looked at another way, the average amount of foregone employer match was $1,336 per employee or 2.4 percent of annual income. Extrapolating the findings to the entire 401(k) universe, 401(k) participants are leaving $24 billion on the table annually, Financial Engines says.

“The income finding isn’t that surprising, but what is new is the estimate of how much they’re leaving on the table,” says Greg Stein, director of financial technology at Financial Engines.

Capturing the match is a critical strategy for effective retirement saving. Financial Engines finds that in a plan offering a $.50 cents match for each $1.00 of personal saving up to six percent of income, the employer match provides one-third of total retirement savings.

The study recommends the usual laundry list of action steps for workers - get to know your plan, commit to save more and consult an advisor (those who worked with Financial Engines were far less likely to miss out on matches).

Plan sponsors who use automatic enrollment could make this problem go away by simply defaulting workers in at a rate that captures the match. But Aon Hewitt data shows that more than half of these plans set the default savings number at lower rates.  “If people are auto-enrolled at a level that is shy of the match, then you get his perverse effect where lots of people miss out,” says Stein.

Ratcheting up contributions via automation might not be a smart idea anyway - other data suggest that some lower-income workers who do manage to save for retirement probably shouldn’t be doing it in the first place. Many haven’t built a cushion of liquid emergency saving and often finance those contributions through debt - that is, they’re contributing to retirement accounts at the same time they’re accumulating high rate credit card or student loan debt.