Since 1989, this car has consistently (and sometimes exclusively) flown the flag of the lightweight roadster. Where there used to be MGs, Triumphs and Austin-Healeys, which leaked everything from oil on the driveway to rain on the passengers, there is the bullet-proof, trouble-free Miata. And thank goodness Mazda persists. The newest generation is shorter and more nimble than the preceding model and is quickly gaining the respect of driving enthusiasts.

The Focus from Hell, the RS will finally reach American dealers for the 2016 model year with 350 hp, 350 lb-ft of torque, a six-speed manual and an all-wheel drive system that promises everything but the moon and a World Rally Championship trophy in every garage. Rear-biased torque distribution? Check. Grin-worthy power? Check. Hatchback practicality? Check. Look for Ford to snap up the crowd that Mitsubishi deserted when it discontinued the Evo.

Following last year's debut of the sixth-generation Mustang, Chevy has once again risen to the challenge with the newly designed sixth-generation Camaro. There's a new 2.0L turbocharged four-cylinder powertrain along with the V-6, but traditionalists will be glad to know that the SS badge remains in all its 455-hp V-8 glory.

If you need any proof of BMW's commitment to building performance coupes that people love to buy, try searching for a pre-owned M1 Coupe. In 2016 BMW will launch that car's successor under the M2 nameplate. It's slightly larger, significantly sexier and equipped to bookend the M Division's lineup in the best possible way. Fans of classics like the 2002tii and the Z3 M coupe will love it.

As if the GT350 wasn't enough, the "R" version of Ford's hottest Mustang does away with everything possible to save weight – including the rear seat – and even offers wheels made of carbon fiber. Ford bred this pony with one purpose: race track victory. As they say in the financial world, past performance isn't a guarantee of future returns, but given the collectibility of the Shelby GT350R from the '60s and even the Mustang Cobra R from 1993, we'd say this one's a shoe-in.

We love the pureness and simplicity of the 4C. It's a refreshing reminder that great cars don't have to be complicated. This car is more alive on the race track than the open road, so we predict well-preserved examples to dominate the vintage races in the future. The little 4C offers performance similar to a Ferrari 360 Modena from not too long ago at a bargain price for an Italian exotic.

This just might be one of the most exciting driver's cars ever to come from Stuttgart. It borrows components from the current-generation 911 GT3 and puts them to work in a smaller, mid-engine package that makes many people wonder how much further the Cayman can go. We needn't remind you of how high-performance, low-production Porsches have done in the collector car market.

This isn't the first year of the current Viper, but in a time when most cars are trading engine displacement for forced induction there is just something to love about the brute force of the 8.4-liter V-10. If words like "bludgeon" "eviscerate" and "trounce" appeal to you, this is your car. Because who doesn't need a sledge hammer from time to time?

This car is built in Lansing, Mich., to do battle with bad boys like the BMW M3 and Mercedes-AMG C63. Its twin-turbocharged 3.6-liter V-6 makes an eye-watering 464 hp that you can control through an eight-speed automatic or a six-speed manual with no-lift shifting and a penchant for taking punishment. The ATS-V is proof that Cadillac ain't just whistling Dixie; there's serious firepower behind all the smack talk.

This is the brand's quickest and most powerful series-produced car ever, but it doesn't sacrifice Lotus' trademark lightness. It's a good indication that things are looking up in Norwich. We were worried about you for a while, Lotus. It's good to have you back on the Hot List. 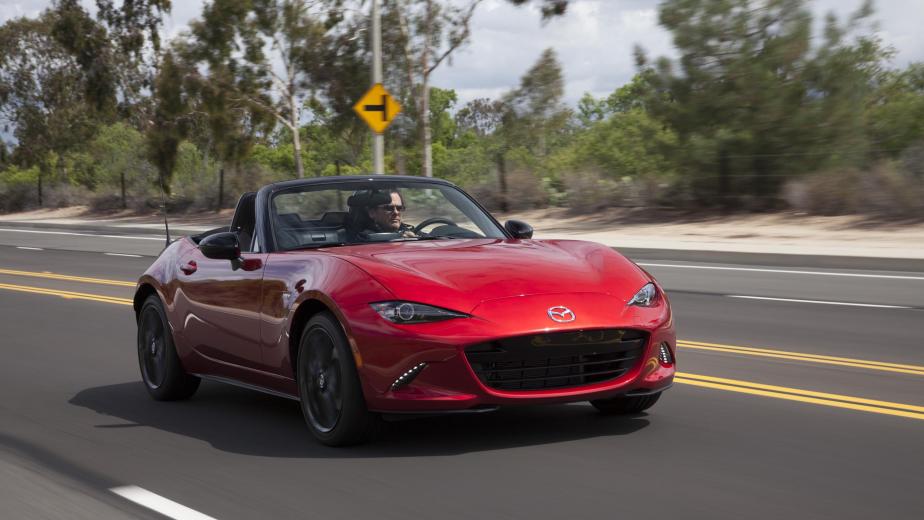