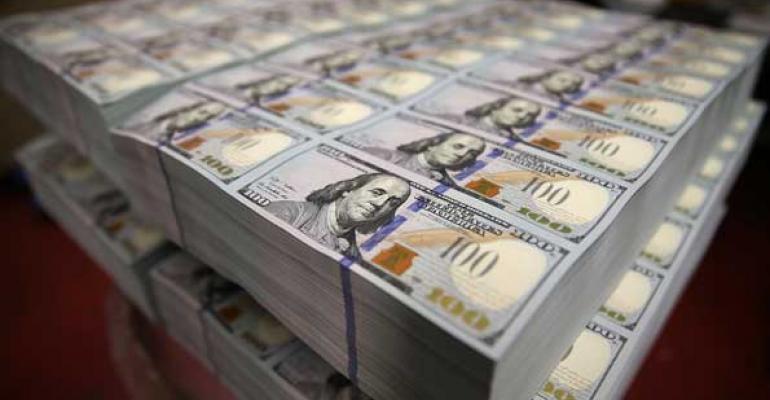 About 42% of family offices around the world are raising cash reserves.

The head of Stone Family Office said he doubts the bond market will provide any real return over the next decade, that equity markets will suffer a substantial drop and then be flat, and that too much venture capital and private equity money will continue to chase too few opportunities.

Stone has a good vantage point on the action, since he runs the bi-monthly meetings of the Palm Beach Investment Research Group, a network of 35 family offices in Palm Beach, Florida. “The areas to invest in are fewer, and there is a lot of money looking for those spaces,” he said.

That view of the markets is shared by many of the 360 global single- and multi-family offices surveyed for the 2019 UBS Global Family Office Report, which was done in conjunction with Campden Research and released Monday. A majority expect the global economy to enter a recession by 2020, with the highest percentage of gloomy respondents in emerging markets. About 42% of family offices around the world are raising cash reserves.

Jeffrey Gundlach, chief investment officer of DoubleLine Capital, said this month he thinks there’s a 75% chance of a U.S recession before the November 2020 presidential election, while the World Bank cut its 2019 global forecast to the slowest since the financial crisis a decade ago. More than two thirds of European family offices surveyed by UBS, meanwhile, think Brexit will hurt the U.K. over the long-term.

Read more: What to know about recessions, including the next one: QuickTake

The UBS/Campden report offers an insight into the discreet world of family offices, which manage the fortunes, tax affairs and even lifestyles of the wealthy. Taxing the super-rich is increasingly becoming a topic of discussion in North America ahead of next year’s U.S. presidential election. Democratic candidates Elizabeth Warren and Bernie Sanders have proposed wealth taxes that may cost the nation’s richest billions of dollars.

Family offices have become a greater force in global financial markets. Campden estimates that such firms manage around $5.9 trillion. The offices in the UBS survey had an average of $917 million under management.

Investing results have been mixed for those responding to the questionnaire, which was conducted between February and March. Average family-office returns for the 12 months prior to taking the survey were 5.4%, according to UBS. Developed-market equities were a big disappointment, providing an average 2.1% return. The highest average gains -- 6.2% -- were for family offices in the Asia-Pacific and emerging markets regions, followed by 5.9% in North America and 4.3% in Europe.

Private equity was the star asset class, with an average return of 16% for direct investments and 11% for funds-based investing. Real estate also performed well, returning an average 9.4%, and now makes up 17% of the average family-office portfolio, up 2.1 percentage points from last year’s survey. In the year ahead, 46% of families said they plan to put more money in direct private equity investments, with 42% devoting more to private equity funds and 34% funneling more into real estate, according to the survey.

Family offices are also increasingly focused on a different kind of potential disruption: succession planning. This year, 54% of those surveyed said they have a succession plan in place, up from 43% last year.

“We didn’t really see the community addressing this issue in the way that it needed to” in previous years, Campden Wealth research director Rebecca Gooch said. “As the saying goes, ‘Wealth can be made and lost in three generations.’”

To contact the reporters on this story:
Suzanne Woolley in New York at swoolley2@bloomberg.net;
Ben Stupples in London at bstupples@bloomberg.net

To contact the editors responsible for this story:
Pierre Paulden at ppaulden@bloomberg.net
Steven Crabill, Steve Dickson