Tax Year in Review
brought to you by 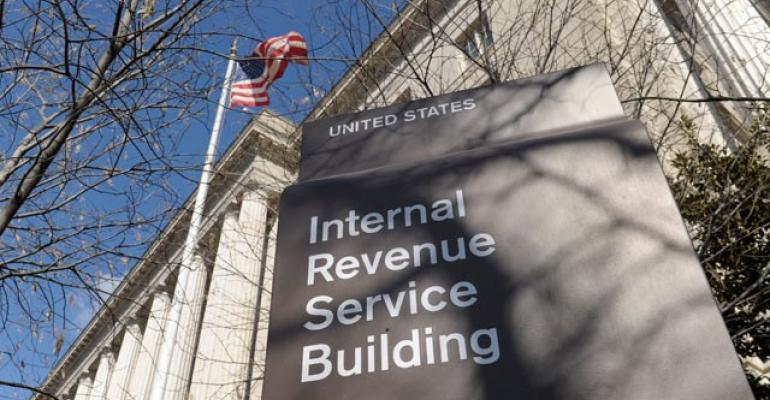 A recent Private Letter Ruling held that reforming a trust wouldn’t cause assets to be included in a grantor’s spouse’s estate and wasn’t a gift by the spouse for federal gift tax purposes.

In Private Letter Ruling 201737008 (released Sept. 15, 2017), the Internal Revenue Service held that reforming a trust wouldn’t cause assets to be included in a grantor’s spouse’s estate and wasn’t a gift by the spouse for federal gift tax purposes.

For example, a grantor created an Irrevocable Trust to benefit his spouse and his descendants.  One section of the Trust (Section 7.3) stated, “Special Power of Appointment,” provided that on the grantor’s spouse’s death, the trustee was to distribute principal and income to persons, charities, estates and interests as the spouse directs by her Will through reference to this power of appointment (POA).  The spouse could release the POA in any way recognized by law.

The terms of Section 7.3 didn’t limit the exercise of the power to persons other than the spouse, her estate, her creditors or her estate’s creditors. However, the grantor’s representatives indicated that the grantor intended for the POA to be a limited POA.

The spouse’s most-current Will referred to the special POA in her husband's (grantor’s) trust.  Specifically, the Will stated that the spouse is granted a “limited power to appoint the assets of such trust to persons or charities other than myself, my creditors, my estate, or the creditors of my estate.”

At a later date, the grantor filed a petition with the county court to reform Section 7.3 based on scrivener’s error and provide that the trustee was to distribute principal and income as the spouse directs to persons or charities other than the spouse, spouse’s creditors, her estate and the creditors of her estate. The county court entered an order retroactively reforming and modifying the section to conform with the grantor’s intent.

The IRS was asked to make two rulings.

The IRS first ruled on whether the judicial reformation to correct the scrivener’s error of the POA granted to the spouse under Section 7.3 constituted a general POA under Internal Revenue Code Section 2041(b), thereby causing trust assets to be included in the spouse’s gross estate.  The IRS ruled that the reformation didn’t.

Under IRC Section 2041(b), a gross estate shall include the value of all property with respect to which a decedent has, at the time of death, a general POA created after Oct. 21, 1942, or to which the decedent has at any time exercised or released such a POA by a disposition which was a transfer of property owned by the decedent, which would have been includible in the decedent’s estate.  A general POA is a power that’s exercisable in favor of a decedent, a decedent’s estate, her creditors or creditors of her estate (Section 2041(b)(1)).  An exercise or release of a general POA created after Oct. 21, 1942 is deemed a transfer of that property by the individual who possesses the POA (IRC Section 2514(b)).

In the instant case, there’s a state statute that provides that a court may reform a trust’s terms to conform to a grantor’s intention if it’s proved by clear and convincing evidence that the grantor’s intent and terms of the trust were affected by a mistake of fact or law.  Another statute permits a court to modify terms of a trust in a manner that’s not contrary to the grantor’s probable intention, and such modification may be retroactive.

Here, the grantor didn’t intend for his spouse to have a general POA. The IRS thus ruled that the county court’s reformation to correct the scrivener’s error was proper.  As such, the POA granted to the spouse under Section 7.3, as reformed by the county court, didn’t constitute a general POA, and the trust assets weren’t includible in the spouse’s gross estate.

Release of POA as a Gift

The IRS was also asked to determine whether the reformation of the Trust was an exercise or release of a general POA so as to constitute a gift by the spouse for federal gift tax purposes.  It ruled that it didn’t.

IRC Section 2501(a) imposes a tax on the transfer of property made by gift.  The gift tax applies to a transfer in trust; whether it’s direct or indirect; and whether the property is real, personal, tangible or intangible.  The IRS ruled that in the instant case the reformation of the Trust wasn’t a release of a general POA under Section 2514 so as to constitute a gift by the spouse for federal gift tax purposes.