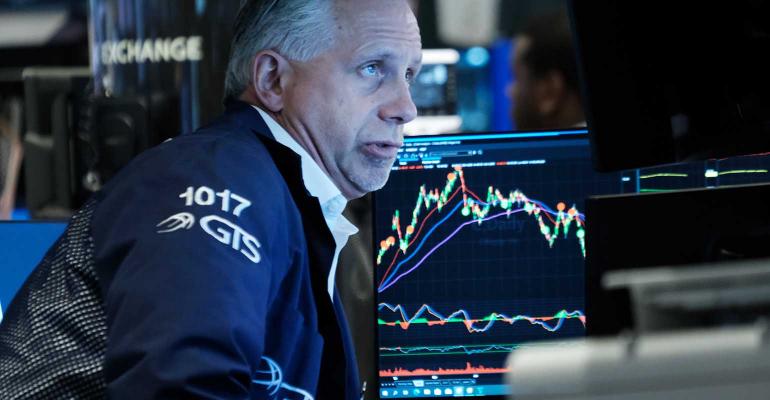 The drop is part of a seven-week slide in the broad measure that qualifies as the longest since the dot-com bubble was bursting in 2001.

(Bloomberg) -- A two-year run in stocks that began at the depths of the coronavirus panic and became one of most powerful bull markets on record is on the brink of extinction.

The S&P 500 slipped 1.8% on Friday, pushing 20% below its record closing high on Jan. 3. The drop is part of a seven-week slide in the broad measure that qualifies as the longest since the dot-com bubble was bursting in 2001.

At both ends of the advance sits the Federal Reserve, whose unprecedented efforts to boost the economy in early 2020 helped the stock benchmark more than double through the end of last year. Now, with central bankers reining in stimulus as inflation surges, shares are selling off at the hands of investors convinced a recession is all but unavoidable.

The S&P 500 is currently trading at 3,824. If the losses hold through the close of trading, the S&P 500 will enter its first bear market since the pandemic hit in February 2020.

The downturn is being led by consumer discretionary stocks, with the sector plunging 35% since the S&P 500’s January high. Communications services and information technology are also among the biggest decliners. The only S&P 500 sector to gain this year is energy, which is up 41% since the index hit its peak.

On average, bear markets result in a decline of roughly 38%, although since 1946 the average loss is less than 33%, according to CFRA. And they’ve become less frequent, with only five occurring since 1990, including this most recent one.