/sites/all/themes/penton_subtheme_wealthmanagement/images/logos/footer.png
Recent
Recent
Skience Rolls Out RightBRIDGE Integration
Nov 29, 2022
Nine Must Reads for the CRE Industry Today (Nov. 29, 2022)
Nov 28, 2022
Is the Retail Reckoning for Regional Malls at an End?
Nov 28, 2022
Making Client Reporting the Center of Your Client Experience
Nov 28, 2022
Featured
The 10 Best and 10 Worst States in Which to Retire in 2021
Jul 15, 2021
I’m an Advisor. This Book Changed My Life
Aug 31, 2022
Fifteen Must-Listen Business Podcasts for Advisors
Aug 14, 2020
Celebrity Estates: Jay Leno and Planning for Classic Car Collections
Feb 22, 2022 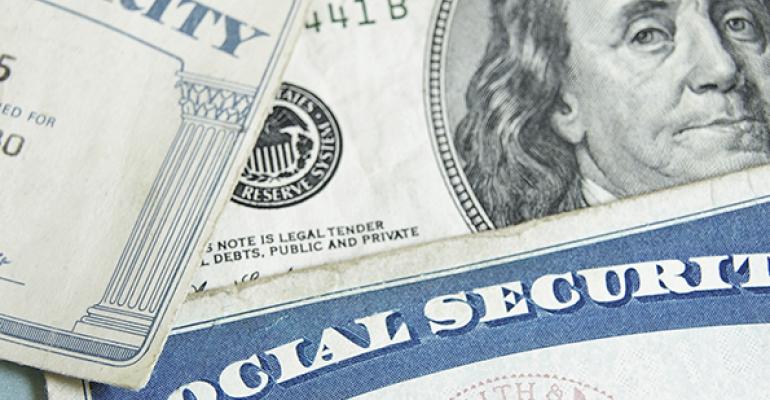 Nearly half of beneficiaries are overpaid

What’s more astounding is that the SSA estimates that of the roughly $17 billion in overpayments assessed from October 2003 to February 2014, only approximately $8.1 billion has been recovered. The report also disclosed that, generally, the SSA attempts to recoup overpayments regardless of the amount. Such an approach has resulted in the SSA spending three times more than it collects trying to recover overpayments; in some cases, the value of the overpayment is less than what was spent to collect it. The SSA agreed with OIG recommendations to reevaluate its collection process so as to ensure more efficient use of resources.

Another shortcoming identified by the audit is that it takes SSA, on average, six to 10 months to identify overpayments and then often years to recover the balance.

The audit reveals the most common overpayments went to people whose changes in income rendered them ineligible or to those no longer disabled, with payments to people who had died or were incarcerated rounding out the top four.

One example in the report cited a case in which an individual lost his right to benefits on his father’s Social Security record as a result of a fraud investigation (that uncovered that he was working and concealing the work activity from SSA) in March 2005. Nevertheless, in April 2013, the SSA approved a new disability claim under his own Social Security number, despite an outstanding order to repay $17,763 in benefits improperly received while concealing his work activity. The SSA didn’t reduce his new monthly benefit plan to collect any of his overpayment balance, and as of February 2014, he had only repaid 3.1 percent of the amount owed.

The SSA has taken recent initiatives to prevent overpayments before they occur. In 2015, the Agency will implement electronic verification procedures to verify ownership of non-home real property by Social Security Income (SSI) applicants and recipients. The President’s Fiscal Year 2016 budget also includes a proposal to conduct matching operations with common entities and electronically receive wage information to preemptively adjust benefits. Additionally, the SSA currently conducts Continuing Disability Review and SSI redeterminations to decide whether recipients are still eligible for benefits based on factors such as income, resources and living arrangements.

Despite these efforts, an exorbitant amount of overpayments are still occurring, and a May 2014 audit estimates that the SSA didn’t detect approximately $146.4 million in overpayments made to approximately 13,900 beneficiaries. The most recent study concludes, “The agency could do more to prevent the most common overpayments.” A spokesperson for the SSA responded that for the fiscal year 2013, the last year for which there is complete data, approximately 99.8 percent of all Social Security payments were free of overpayment.

The trust fund that supports the disability program, relied on by over 15 million disabled Americans, is projected to run out of money by the end of next year, according to trustees who oversee Social Security, absent action by Congress. At that point, the program will collect only enough payroll taxes to pay 81 percent of benefits, resulting in a 19 percent cut in benefit payments. In the past, lawmakers have redirected payroll tax revenue from Social Security's much larger retirement program to prevent such an outcome. Coinciding with the 2016 presidential elections, the disability program is set to be a topic of contention, with Democrats taking the view that the program keeps millions of disabled workers and their families out of poverty and Republicans emphasizing the prevalent waste, fraud and abuse.