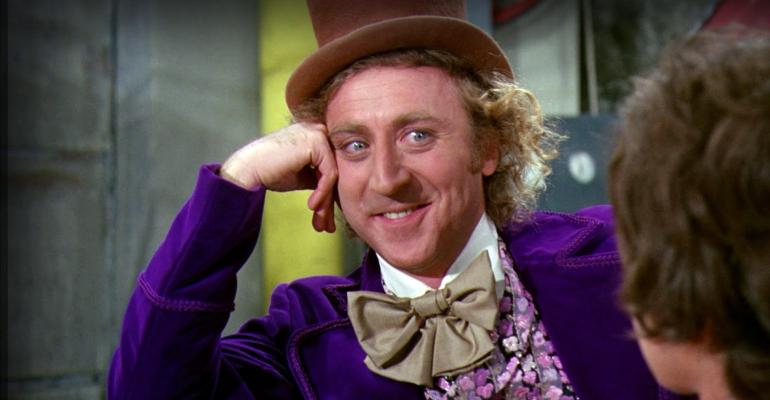 The beloved actor will also be remembered for his philanthropy

Gene Wilder, who passed away from complications from Alzheimer’s disease last week, was a celebrated actor best known for his role as Willy Wonka. What Wilder is less recognized for, but which is maybe even more admirable, is his philanthropic efforts to raise awareness about ovarian cancer after his beloved third wife, fellow actor Gilda Radner, passed away from the disease.

A Heart of Gold

Wilder co-founded Gilda’s Club in New York in 1991, a charitable organization that provides community and support to those living with cancer, as well as their friends and families. Wilder’s activism was spurred by the fact that doctors failed to diagnose Gilda’s cancer for over two years and the possibility that had she been diagnosed earlier, she might have been saved. This anger led him to speak to Congress to raise awareness about the needs of cancer patients, which successfully led to $30 million being allocated to federal ovarian cancer research. Wilder also endowed a treatment facility in Los Angeles, the Gilda Radner Ovarian Cancer Detection Center. He even convinced the Princess of Wales to help raise funds for Gilda’s Club and its various branches.

It’s clear that Wilder’s generous philanthropic efforts were inspired by genuine support for the cause and that efficient estate planning likely wasn’t a contributing factor (and it’s possible he was able to give a lot more because he didn’t have any children to leave assets to). Those who pursue charitable giving for purely altruistic purposes can, however, still enjoy tax benefits with proper estate planning techniques. Heather J. Rhoades, principal in the Private Clients Group at Cummings & Lockwood, LLC, suggests using techniques that combine payment to charity with assets passing to family, such as charitable lead trusts and charitable remainder trusts, which allow the grantor to support the charities important to them, and provide income and estate tax charitable deductions and the ability to benefit family members at a reduced transfer tax cost.

According to Rhoades, “timing of the charitable gifts may also be an important consideration.” It’s likely that for some individuals, such as Wilder, a charitable contribution may be a spur-of-the-moment decision, when emotional circumstances play a driving factor. For those clients with charitable contributions that have less urgency, one strategy that can be used is to “contribute assets that are going to be sold to charity before a deal for sale has been reached, in order for the donor to avoid the recognition of the capital gain from the sale,” said Rhoades. In addition, outright charitable gifts offer both an income and an estate tax charitable deduction if made during one's lifetime, as opposed to a charitable bequest at death, which only receives an estate tax charitable deduction.

Details of Wilder’s estate plan (which he presumably had in place) aren’t publicly known, but his battle with Alzheimer’s disease also serves as an important reminder that estate planning considerations for those suffering from an onset of a mental illness should occur sooner than later. Planning while symptoms are still mild and the individual has the ability to make legally binding decisions can go a long way in preventing estate battles and family conflict (and prevent contest of the validity of the various estate planning instruments).