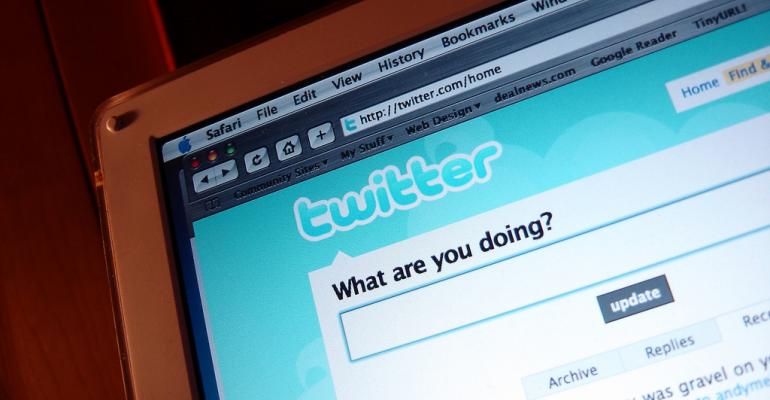 The firm is planning on rolling out the next stage of its social media pilot program during the first week of March, allowing advisors to use Twitter for the first time in a professional capacity.

At first, advisors will be able to use only pre-approved tweets vetted by the firm’s compliance department. But Wells Fargo Advisors is training advisors on how to use Twitter on their own so in the future they can tweet on their own.

To support the new platform, the firm has a team in place to generate fresh material and pre-approved content that advisors can pick from. “We believe Twitter is very much about timeliness,” Moloney says.

One of the main reasons that larger brokerage firms and wirehouses are taking longer to adapt to the medium is because of regulations. Firms have to build systems that can archive every conversation and make sure that the appropriate compliance measures are in place, Moloney says, instead of just “handing them the keys and saying good luck.”

Smaller firms and RIAs have been a bit quicker to adapt the tools, but “I don’t know that they’re providing the immense level of content and support that we are,” he says.

In addition to Twitter, Wells Fargo Advisors also has a pilot program with LinkedIn. Since last fall, 50 advisors have been using the professional social media platform.

Maloney says the program has been fairly successful so far, noting that several advisors gained new clients from their LinkedIn activity.

Wells Fargo will evaluate the programs and tweak them with the hope of rolling out an all-inclusive program for all of its advisor later this year.

Facebook and Pinterest are also on the firm’s radar, although Moloney says that there is a little more anxiety over what the content on Facebook would consist of and how it would be shared.

“It’s a balancing act,” Moloney says. “We’re still a brokerage, we still don’t want to do something that is considered too edgy; we need to protect the brand.”