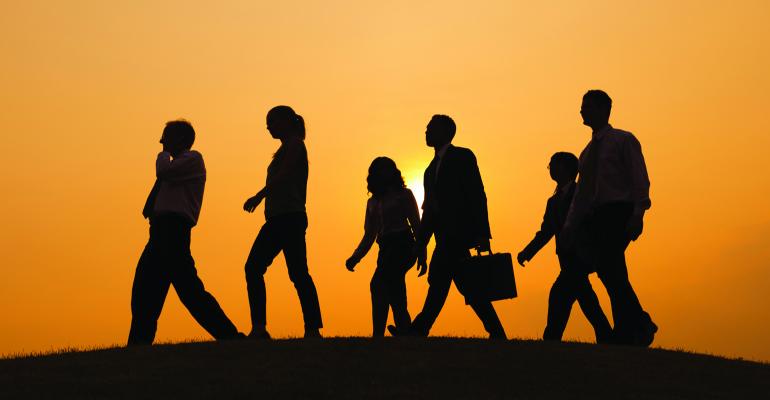 The emotional and financial freedom many advisors have been waiting for is set to arrive in early 2016. That’s when the notes attached to many retention packages—offered in the wake of the 2009 financial crisis to more than 5,000 advisors at the wirehouse firms—are set to expire.

These retention packages were structured as forgivable loans, thus the amount of money most advisors would owe back if they were to leave their firm prior to the expiration is negligible at this point. And the transition packages being offered to advisors at any production level are at record highs, and these packages would more than make up for what one owed for leaving early. So for many advisors, financial ties aren’t binding; it is emotional freedom that will likely have the greatest impact.

The wirehouses are more vulnerable to losing quality advisors as they reach “free agency status,” and unless the firms find a way to make these folks feel more wanted, supported and economically rewarded for their loyalty, the losses could be significant. In the absence of even the slightest gesture by management at their firms, advisors are much more likely to be wooed by the promise of additional support and an outsized transition deal—even if they know that life won’t be that different at another wirehouse. If independence is what an advisor would consider the next step, it could cause an even greater diaspora.

Richard, an advisor who’s been at a bank-owned firm for 30 years, says he is “just biding his time.” Feeling frustrated by big firm bureaucracy, which limited his ability to grow his business and service his clients, he is considering leaving. If he were to leave before 2016, the amount he would owe back to his firm would be “peanuts” compared to what he is being offered elsewhere. Despite his frustrations, he won’t entertain a move until his retention deal is fully forgiven.

It’s much easier to stay than to go. Yet, Richard sees the writing on the wall—and in the headlines. The industry has changed dramatically since he signed his deal in 2009. There are now more opportunities both in the employee and independent realms. And, as more advisors hit the street and firms have more quality FAs to choose from, they will be less inclined to offer the best deals.

From a recruiting perspective, 2016 should be an interesting year as the balance of power shifts to advisors. Wirehouses will need to look carefully at their top players and determine what it takes to retain them. Winning teams are not just lured by compensation, but also by culture, support and flexibility.

For those advisors who are on the sidelines waiting to become free agents: This truly is your time. Examine your choices carefully to identify the one that provides you and your clients with the best possible future.

While some of you are hanging on to hopes that your current firm will come through with another retention deal, you likely have many options to choose from, and staying put is but one of them. The key is to take time now to explore your options, because fruitful times—and the potential for great change—only come around once every eight years or so.