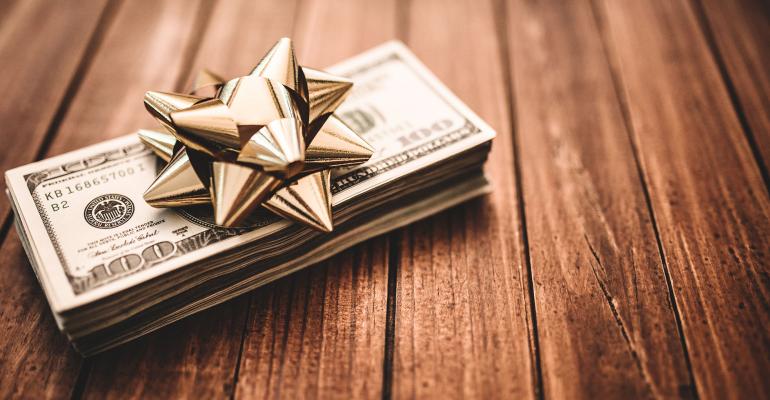 The public charity's total for 2019 has hit $5.25 billion with more than two months remaining in the year, exceeding the previous year's all-time high.

As of Tuesday, Fidelity Charitable donors have exceeded their record of $5.2 billion in charitable giving for an entire year, passing the previous all-time record set in 2018 with more than two months left to go in the year.

With what is typically the busiest time of the year for charitable giving still to come, Fidelity Charitable President Pamela Norley told WealthManagement.com she expected an additional billion would be added before year's end to the $5.25 billion Fidelity Charitable donors have already given.

Norley attributed the high amounts of giving to a variety of factors, with non-profits becoming increasingly adept at applying technology and data analytics to drive focused marketing campaigns towards intrigued donors. Additionally, Fidelity Charitable donors have readymade assets in an account to make giving to nonprofits exponentially easier.

The uptick followed a year in which charitable giving had taken a hit, with total individual giving down 1.1% in 2018 (though grants recommended by Fidelity Charitable donors increased by 17% in the same time period). Norley attributed the downturn to 2018’s volatile last quarter in the stock market, which she asserted led to an “uncertain amount” of uncertainty surrounding charitable giving. She said advisors could work with clients to give throughout the year, instead of waiting until the end of the year to make a contribution and said advisors could begin that process by learning more about ther clients’ interests.

“Once they understand what their clients’ particular issues are, they should get educated in what the demands are in that sector,” she said. “You’re getting to a higher level of a relationship with your client when you’re not just dealing with asset allocation but talking about their life goals and family legacy goals, and how they plan to incorporate that into their financial planning process.”

According to Norley, some of the top beneficiaries from giving thus far include Doctors Without Borders, the American Red Cross and St. Jude’s Children's Hospital. Some of the impact areas that have seen the biggest increase from 2018 included disaster relief, addiction recovery, rainforest conservation and assistance for 9/11 first responders (earlier this year, Fidelity Charitable released a report detailing the top American cities for giving by subject area).

According to a 2019-2020 outlook prepared by the Lilly Family School of Philanthropy, total giving is expected to grow in the next two years, with the report citing growth in the S&P 500, as well as projected growth in personal income and in the receding years’ GDP. In 2019, they predicted that 66% of total giving would be from individuals/households. Norley said the biggest need from nonprofits was for unrestricted gifts and said Fidelity Charitable’s design promoted no-strings-attached gifts from donors.

“They do recognize that people want to see direct impact, but the education there should be that the unrestricted gifts give some flexible capital,” she said. “(A nonprofit) may design a program to feed people in South Boston, but you need to hire staff to do that.”