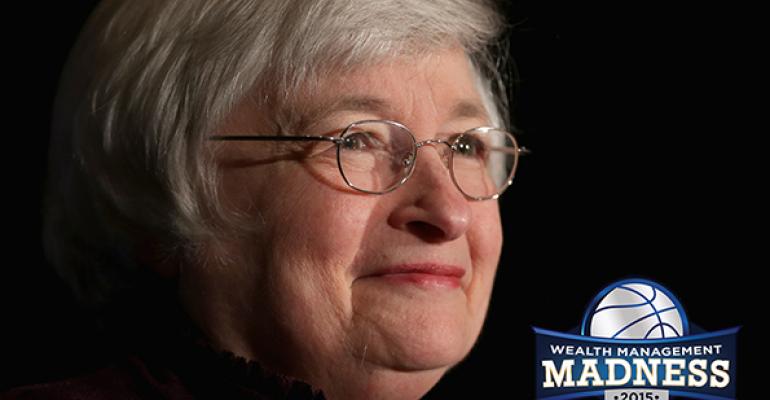 The Fed Chair is direct, practical, and engaged in real-life topics

There is no way that I could possibly write something flattering about the powers in central banking - or so I thought. Ever since Alan Greenspan embarked on a journey to transform the Fed into the ultimate comforter to economic and financial affairs, likely having changed the path of what constitutes free markets and natural price formation, the century-old monetary policy business has been suffering from a bruised reputation.

Of course, then there is always the chance for an “icebreaker,” and who wouldn’t be set more at ease with a good joke, especially when dealing with difficult topics? It was in this respect that my interest in Janet Yellen was piqued. From transcripts of a 2008 Federal Open Market Committee (FOMC) meeting, we can not only learn that our central bankers are a bunch of jokesters, but also that Ms. Yellen, early on, understood the very core of a crisis that would soon grip the world economy.

What has been debated and delayed for too long in Europe (and Japan during the late ‘90s) became the focal point of U.S. monetary policy: the recapitalization of the domestic banking system. It is commonly accepted that strong banks are the foundation of a healthy economy, and the relative outperformance of the U.S. vs. other global economies is a clear testament to this claim. With the same critical approach as in her FOMC “sketch,” now-Fed-Chairwoman Yellen is focused on the unwinding of historically unprecedented policy support.

Sure enough, to end what was considered “infinity” not long ago―i.e. an overly generous bond-buying program by the Fed―took courage and skillful political maneuvering. Not only has Janet Yellen created “new firepower” for potential future crises that may impact the financial system, but she has also addressed the risk of market participants becoming too entangled in a monetary illusion, as well as the mounting debt burden to be carried by future generations. The gradual increase in rates, as she recently suggested, is part of the same focused objective.

Unlike her predecessors who were cryptic, if not mysterious, in their communication, Janet Yellen is direct, practical, and engaged in real-life topics. As an employment economist, she understands that ultimately the strength of the labor market will be the carrying force of a sustainable domestic economy. Her focus on “putting money in people’s pocket,” even dismissing the risk of wage inflation, at least for now, is applaudable; there is no better measure of household health.

Janet Yellen has shown nothing but dedication and skill in re-anchoring monetary policy into a realistic socioeconomic framework, away from operating in a steady and overextended crisis mode. For her determination to end the unprecedented “madness” of the Fed’s current monetary policy pattern, she deserves to be crowned the victor of Wealth Management March Madness.