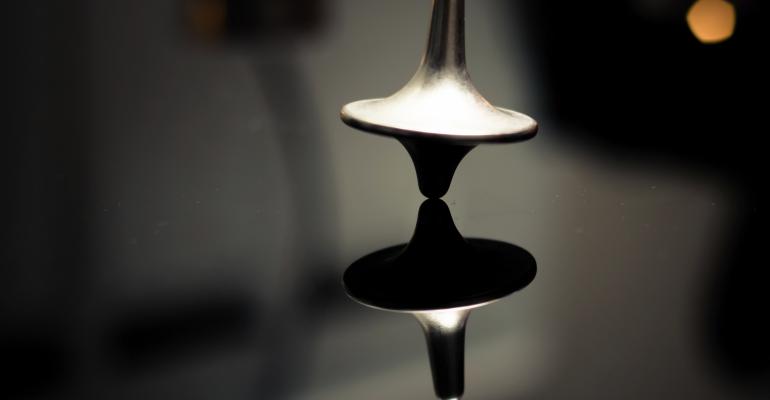 You Spin Me Right Round

Full circle: Given our reflections on global debt and leverage, there are tactical and strategic approaches to investing that can be taken.

My two daughters are still at an age where they “hit” every playground with eager excitement. Observing them is quite interesting, and recently left me to consider a once-central thesis of physics that may also apply to financial markets (nerd father alert). When taking a turn on the merry-go-round, a question to ponder is whether my girls are spinning around the world, or if the world is instead moving around them; i.e., what is fixed, and what is not, at least from their perspective? Equally uncertain is the collective opinion when it comes to global monetary policy and asset prices. After our previous entries, Apex 2015: An Unobstructed View and Old Medicine In New Bottles, this is the third blog exploring the impact of a persistent low-rate environment and unprecedented quantitative easing.

Contrary to the mainstream (U.S.-centric) perception, global monetary policy could not have been more active this year, especially considering rate-setting decisions: As of mid-May, there have been 49 rate cuts globally—a trend on pace for the most in a calendar year since 2009, when there were 207 reductions (but let’s keep in mind it was a crisis). Just to cite a few, Australia, India, Mexico, China and Denmark are all major countries that have lowered rates to stimulate growth in their respective economies; but in spite of such significantly accommodative measures, the global economy remains subdued (at best), with very few exceptions—one of which is the U.S.

The side effect of policymakers trying to fix perspective (and economies) is a growing debt burden that is not only unprecedented, but also counterproductive to carry in the long run. As we discussed last week, the world’s paradigm of an unwanted feedback loop has been playing out in Japan for decades. The basis for this situation is worth repeating: Japan, as most developed nations after 2009, has been caught in a balance sheet recession, as opposed to an ordinary “textbook” recession. When evaluating today’s economic conditions and challenges, this is an oft-overlooked but fundamental and necessary takeaway.

The trillions of dollars created by global central banks have supported the “healing process” of balance sheets, especially as it pertains to the financial sector and (potentially) the consumer. Yet, this global debt has increased by $57 trillion since 2009, mainly in the form of government obligations (not even accounting for unfunded commitments, such as Medicare, Social Security, etc., in the U.S.). The remaining “dough” has become speculative capital and lifted markets, but has pretty much only benefited the ones who had with assets to begin with (for further detail on this topic, see our recent post, Hangin’ with the Rich Kids).

The more important angle of our work is to understand the impact of debt and its servicing cost in relation to economic growth and prosperity—likely an unproductive mix at current levels. It is not only suggested by empirical evidence that recessions are much deeper after credit booms, but negative effects on economic expenditures will not be mitigated if interest rates are close to (or at) the lower bound. The socioeconomic issues, as explained before, are equally limiting, furthering an uneven distribution of global wealth and a decline in living standards in most developed countries.

Full circle: Given our reflections on global debt and leverage, there are tactical and strategic approaches to investing that can be taken. Emerging economies, with their mostly young and dynamic societies (and particularly vibrant workforces) will, in the long run, still outgrow most developed nations by standards of relative economic performance and captured socioeconomic value. In the developed world, deleveraging in parts of the economy has created a better basis for business conditions; given this aspect, as well as current valuations, banks appear to be positioned particularly well.