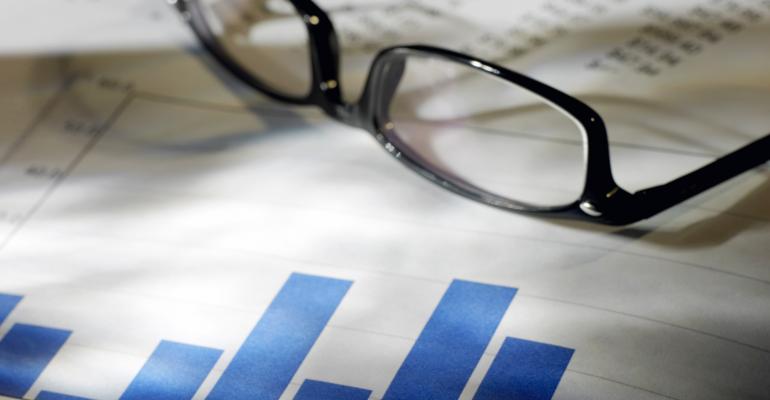 When it Comes to Interest Rates, Who Says What Comes Down Must Go Up?

We are, at long last, nearing the end of one of the great central banking experiments: the U.S. Federal Reserve’s policy of quantitative easing, which began in the wake of the financial crisis of 2008-2009. While the unwinding of the monthly purchases of billions of dollars of mortgage-backed securities and other bonds has been going on for many months, markets are now increasingly attuned to what comes next. And the primary question is quite simple: will interest rates rise and if so, by how much and when?

The conventional wisdom appears to be simple as well: of course rates will rise. The Fed will begin to raise short-term rates some time in 2015 from the current level of zero, and that (is what we believe) will trigger a rise in longer-term rates, for U.S. Treasuries as well as for corporate and sovereign bonds around the world. Some analysts and investors are sanguine about those prospects; others are considerably more alarmed, and warn of tumult and turmoil ahead as bonds markets are jolted out of their multi-year complacency.

Two recent headlines read: "Fed could jolt markets," and "Fed exit may be a bumpy ride." A bill was even introduced in Congress (again) to curb the powers of a Federal Reserve which, according to select pockets of opinion, has usurped powers and is damaging America's economic future.

It is impossible to know what the effects will be, given that we are in uncharted macroeconomic and policy waters. But we should, at the least, challenge the assumption that the end of very easy money will mean both the end of easy money and the beginning of significantly higher rates.

Understandably, most of us focus on immediate trends and the near future. The zero interest rate environment combined with the Fed's policy of quantitative easing are indeed a product of the post- 2008–2009 financial crisis.

However, the overall climate of low interest rates well predates the past five years. That is true not just for the United States but for the world as a whole.

It's been frequently said over the past few years that interest rates are being kept "artificially low" by central banks. But that view is critically undermined by the pattern of rates over the past thirty years. Take a look at U.S. Treasuries since the early 1980s. In September of 1981, rates peaked at 15.84% due in part to the aggressive policies of then Fed Chairman Paul Volcker to curb inflation. It has been a steady downward trend since then. Yes, the financial crisis led to a low rate regime, but then again, so did the aftermath of 9/11 and other crisis points along the way. Overall, rates over the thirty years from September 1981 went from nearly 16% to a low of just above 1.6% in September 2012.

And while it is certainly true that rates have crept up close to 3%, the long-term trend is still dramatically down. While the proportional increase from 1.6% to today's 2.6% is significant, in absolute terms it is minimal.

This is not simply a U.S. trend. Rates have been tumbling globally as well. In the early 1990s, just as the European Union was congealing, rates on German bonds hovered around 9%. Those have since declined precipitously and are now hovering at around 1%. Throughout the European Union, in fact, rates have descended to lows not seen the Napoleonic Wars of the early 19th century . Yields on sovereign debt around the world have likewise declined, and not just in Japan, whose struggle with zero interest rates and minimal growth has been laboriously discussed. Countries once seen as risky and carrying high rates, ranging from Turkey to Peru, have also witnessed falling yields.

Corporate debt yield has also declined, with investment grade bonds yielding in the range of 6% at the beginning of the millennium and falling to around 3.5% now. The only real outliers in these trends are… the outliers: countries such as default-prone Argentina, whose access to international credit markets is de minimis at best, and Greece at the height of the Euro debt crisis in 2011.

Most of us are aware that we are in a low-yield environment (it would be hard not to be). But the sheer power of these multi-decade moves lower undermines the equally strong convictions that the current environment is a product of central bank policies in the wake of 2008-2009.

If Not Central Banks, Then What?

This thirty-year period has been a golden period for bonds. For sure, part of that period coincided with a strong bull market in equities, especially in the United States from the early 1980s until March of 2000. But since then, equities have been both volatile and flat, while bonds have continued their relentless bull-march, with yields falling and prices rising.

Investor behavior has naturally followed. Faced with wrenching declines in equities between 2000–2002 and again from 2008–2009, money poured into bonds, especially U.S. Treasuries. The only year where bonds saw relatively less flows was 2013, a very strong equity year. But 2014 has seen a return to the multi-year trend of bond flows well-outpacing U.S. equities. The only slight twist this year has been a new preference for international equity, even with the outperformance of U.S. stocks.

It may be, of course, that global yields have stayed low largely because of aggressive moves by central banks. Even with the Fed coming to an end of quantitative easing, the European Central Bank is beginning to ramp up its own. And it may be that yields are low because growth is anemic and will stay that way, though as Envestnet's Chief Investment Strategist Tim Clift recently discussed in MarketWatch , such fears are also likely overblown given the slew of positive economic data in the United States.

But if the role of central banks is being exaggerated, then we are missing other causes. The past thirty years has seen a dual revolution in information technologies and the emergence of a massive and increasingly robust middle class. The net effects of both are lower global labor costs, less expensive goods and services, and more than a billion new participants in the global capital system. Those technologies and new consumers have created much more seamless flows of trade and capital, with the attendant systemic risks (as we saw in 2008–2009), but also the benefits of greater liquidity and cheaper capital around the world.

If that is true, then lower rates are a manifestation of greater stability and global growth, even if that growth is more evident outside the developed world.

Clearly, rates do not have much lower to go. And there has been modest movement upward, at least for U.S. Treasuries. But if this long period of declining rates is approaching an end, it does not necessarily mean an inevitable period of rising rates lies ahead. Indeed, we could be in for a protracted period of relatively static low rates, with periods of volatility and uncertainty of course, but with that static trend still in place. That would mean neither great pain nor great gain for most bond investments.

If technological innovation and the emergence of the global middle class continue, companies exposed to those phenomena will continue to reap disproportionate rewards, as they have been for well over a decade. That, in turn, would explain the strange yet undeniable strength in equities—at least as credibly as the thesis that equity markets are up and bond yields are down only because of central bank machinations.

So, in short, by all means prepare for the end of the bond bull market. It is probably done. By all means consider the possibility of a bear market in bonds and turmoil in equities. It would seem that most of us are doing just that. But we should also be prepared not for the trend to reverse but rather for it simply to stop, with stocks a beneficiary, as they most certainly have been, with or without the help of central banks.