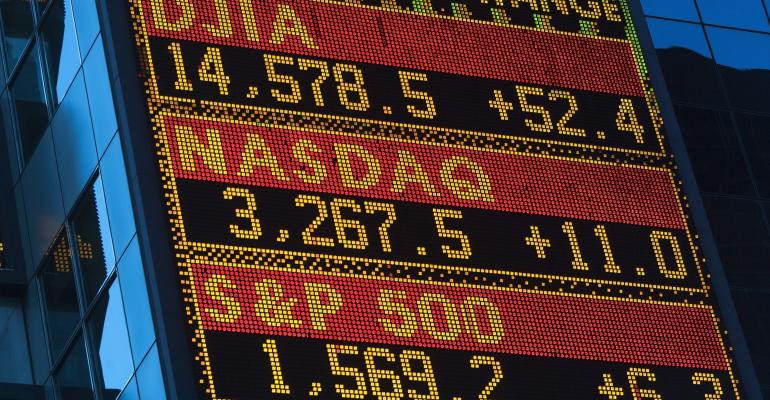 A Tale of Two Markets

A solid run of domestic data has set the United States apart from a beleaguered world.

As seasoned investors are well aware, financial markets and economic trends seldom move in straight lines. Nowhere was this old adage more evident than in the discrepancy between last week’s domestic economic data releases and the performance of the stock market. Although U.S. equities suffered their biggest one-week drop since May 2012 on the back of declining oil prices, American consumer confidence reached new post-recession highs, with retail spending for the month of November comfortably beating expectations.

While the U.S. economic expansion continues to power forward, the international situation is becoming increasingly grim. The recent decline in the ruble, which Russia attempted to slow with a surprise rate hike of 6.5 percentage points to 17 percent, is reminiscent of the early stages of the 1998 Russian crisis. Elsewhere, the European Central Bank has fallen behind the curve, Abenomics in Japan is stalling, and China is making the painful adjustment to slower growth. Nevertheless, while international events are likely to get worse and energy prices are likely headed lower, I don’t envision a larger economic malaise spreading to the United States in the near term.

Understandably, investors are currently spending the majority of their time worrying about oil and where the price bottom is. The United Arab Emirates’ energy minister announced over the weekend that OPEC is standing behind its Nov. 27 decision not to cut the group’s collective output target of 30 million barrels per day, which highlights the blatant lack of pricing discipline within the organization. As oil continues its decline, pressure is increasingly mounting on credit markets, especially high-yield corporate bonds, where energy-related borrowers represent 15-20 percent of the market.

The flip side is that as spreads widen, we get closer to the levels where large investors, such as pension funds and insurance companies, start to see value in the high-yield market, which should help stabilize credit spreads. Ultimately, what investors should prepare for is an extended period of depressed oil prices. Oil still has substantial downside room to run before reaching a level of stability. Once stabilized, depressed oil prices will create another “tale of two markets”— companies with oil exposure and those without.

Plunging oil markets and faltering growth expectations around the world have raised fears about the sustainability of the current U.S. economic expansion. The economic data, though, suggest that these fears are largely unfounded. The Conference Board’s Leading Economic Index, which is made up of 10 forward-looking economic and financial indicators, has not fallen since January and has been gaining momentum throughout the year. Until we see the LEI approach negative year-over-year growth, which has preceded the last seven recessions, the U.S. economy should continue to ride out the storm emanating from overseas.