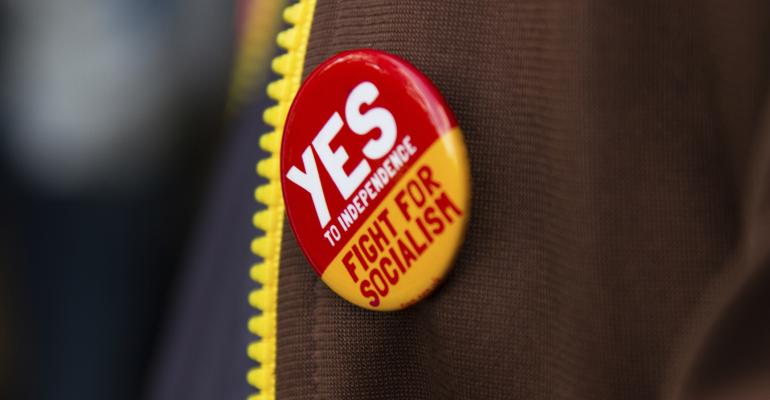 Happy consumers are typically employed, and the basis for a robust and diverse labor force is based not only on a solid educational framework but also a consistently healthy courtship between job seekers and employers.

Having a blog or publishing commentary is quite interesting, especially when the feedback comes in. Opinions are wide-ranging, but there is one in particular that has been sticking with me for some time now: apparently, I am a “socialist.” Why, you may wonder? Because I worry — and based on those worries I have written extensively about the uneven economic recovery, especially after the Financial Crisis of 2008/2009, the related uneven distribution of wealth, a questionable labor market, and education as the very foundation of future talent entering the workforce. Let’s consider this blog post as being without a specific investment opinion, but instead simply a musing about the state of the U.S. economy. For more concrete financial guidance, skip ahead and read our HighTower GIS 360 publication: “From Wall Street to Main Street,” a very worthwhile and engaging guide for 2015.

First and foremost, the financial economy does not equal the real economy. Many market participants have become too excited over the fact that we have had a significant recovery in global stock markets, especially in the U.S. On the other hand, a fairly moderate economic recovery has been anchored in unprecedented conditions, some related to the historically low cost of credit, a resurfacing wealth-effect based on asset-price inflation, and an emerging U.S. energy independence with a closely-related manufacturing renaissance. Some of those conditions may become the new norm, but some will not last.

Common wisdom has called for a multibillion-dollar consumer “windfall,” as a result of lower prices at the pump. The reality, however, appears to be different (for now). Whereas the latest gross domestic purchases readings are indicative of a “break” in prices for energy and food (interrelated), other items show a steady price increase, especially those in healthcare. We should keep in mind that consumers may not spend their newfound savings, and other costs may offset the benefits of cheaper oil. Regardless of how we try to grasp correlations, spending decisions and consumer confidence continue to be largely dependent on one's employment situation.

Labor market data, however, is mixed. Whereas official data has been more than encouraging, with 1 million jobs created over the past three months, and 5 million available positions, the velocity of employment (i.e., the balance between hires and separations) is still below peak levels; this phenomenon is likely indicative that labor market participants, consisting of both employees and employers, are still practicing caution. On the other hand, about 5.6 million jobs are still missing compared to pre-financial crisis employment, and the latest projections suggest that it will take until the summer of 2017 to reach levels last seen in 2007.

Getting back to the effects of lower oil prices, here is another wrinkle: The much-celebrated energy independence, mainly through shale gas exploration, is estimated to support nearly 800,000 jobs by 2025, with an employment growth rate nearly 20 times higher than average growth in U.S. manufacturing jobs. However, recent significant layoffs in the energy sector are potentially a sign of a counter-trend forming, should prices not recover in the near future (which likely is the case). As argued in “Still Greasy,” persistently low prices could cause distress in the energy sector and negatively impact other parts of the economy.

Let’s now think of the adventurous tales captured by the media of the long-term unemployed and underemployed finding “job refuge” in highly competitive labor markets dominated by the shale-gas boom. The story not being told is that the U.S. is still facing a long-term unemployment crisis, mainly affecting job seekers with a low degree of education. Pair this argument with the fact that formal higher education, for many, has become a luxury item, and it should not come as a surprise that credit expansion towards acquiring a better education has grown to unprecedented levels, with student loans now at $1.3 trillion or nearly 10 percent of U.S. GDP.

Last, there is an inherent drift to recreate old behavioral patterns, such as the very expansion of credit and leverage that caused the near-demise of the U.S. economy (and financial system) to begin with. Whereas the aggregate amount of student loans is one problematic aspect to consider, it is the significant increase in delinquency rates that is even more troubling: 11 percent of all loans are now overdue by 90 days or more. Overall, revolving and non-revolving consumer debt has increased from $2.6 trillion in 2010 to $3.3 trillion by the end of 2014, a 20% increase over the 5-year period—quite obviously not a sign of deleveraging at all.

The bottom line: happy consumers are typically employed, and the basis for a robust and diverse labor force is based not only on a solid educational framework but also a consistently healthy courtship between job seekers and employers. As much as we like to embrace the ongoing economic recovery, we are far from normalcy, with opportunities in the labor market not evenly distributed or pursued. Let us resist the temptation to focus on “quick fixes” and base trigger points for a sustained recovery on ideas that are far-fetched or likely not permanent, such as low interest rates or prices at the pump. We have to do better.