/sites/all/themes/penton_subtheme_wealthmanagement/images/logos/footer.png
Recent
Recent
Seven Must Reads for the CRE Industry Today (May 19, 2021)
May 18, 2021
Seeking a Competitive Edge, CRE Investors Embrace Non-traditional Data Sources
May 18, 2021
Lead-Gen Developer Zoe Financial Raises $10M
May 18, 2021
Digital Transformation: What Does it Mean for RIAs?
May 18, 2021
Featured
Poll: 15 Classic Books on Investing and the Markets
Apr 03, 2020
Fifteen Must-Listen Business Podcasts for Advisors
Aug 14, 2020
25 U.S. Markets Adding the Most Multifamily Units This Year
Feb 03, 2021
The Top Colleges for Financial Planning
Oct 03, 2019
Viewpoints
brought to you by 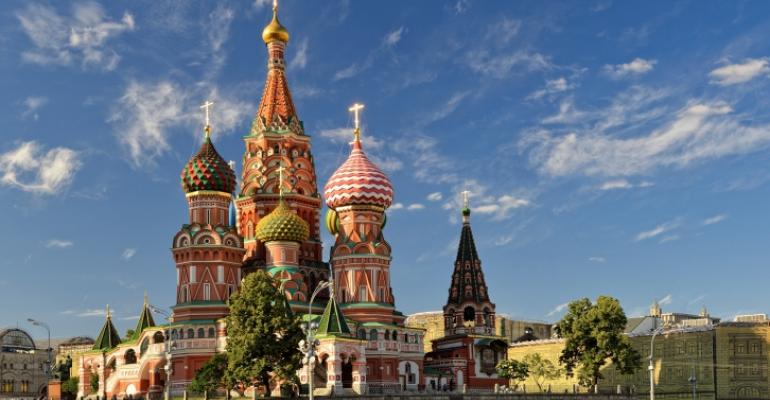 On Russia, Sanctions and Survival

The 70-year reign of communism in Russia was a period during which Russia and the United States were existential enemies. Today, the standoff is no longer. The relationship is hardly perfect, but it is indeed more fluid, embodying what could be called “the waltz of geopolitics.” As such, the relationship is destined to alternate between good and bad times — the current crisis being clearly one of the latter.

Falling oil prices and a weak ruble will almost certainly push Russian economic growth into negative territory in 2015. (Cheaper oil is particularly troublesome because a big part of Russia’s national budget is based on oil prices.) As shown in Chart 1 below, such a contraction would be Russia’s first since its last recession in 2009. At that time, the Kremlin was forced to spend billions of dollars to steady the economy.

This time around, we believe the country’s vital signs won’t be as bad: the jobless rate could go up, and disposable income is likely to shrink, but not to the degree seen five years ago. Furthermore, there are some positives that we believe are worth keeping in mind. Cities like Moscow and St. Petersburg, for instance, are full of aspiring consumers who have come a long way from the deprivations endured by prior generations. We think they will be protective of their progress. (Chart 2 takes a look at one indicator of this advance.)

With these considerations in mind, we are currently relying on two main theses when considering investments in Russia.

First and foremost, a margin of safety

Understandably, people are concerned about the sanctions imposed against Russia since the onset of friction in Ukraine. But when we look at the Russian companies we’re invested in, we see that they are not associated with state-owned companies, nor are they linked to the small groups of potentially deceitful oligarchs who hold sway in higher cabinets. So far, Russian sanctions have had little or no operational effects on the companies in our portfolios.

In addition to their separation from state control, the companies we invest in operate a geographically diverse set of businesses and have a global presence overall. This is a reflection of our team’s risk-management mindset, which seeks to guard against investments in companies that have undue exposure to concentrated political risk. In our opinion, this way of thinking will be well suited to the market conditions that we anticipate in the months ahead.

Recognition of an emerging consumer class

As is the case in most developing countries, it’s safe to assume that the Russian people don’t want to give up any of the social and economic gains they’ve accrued in the recent past; they’ve become accustomed to a reasonably good standard of living, and they will want to continue it. By the end of the decade, we believe a substantial number of Russian citizens will consider themselves to be solidly in the middle class (with some of them reaching the upper-middle class). They will likely spend a smaller percentage of earnings on necessities and a larger portion on discretionary consumption. From an investment perspective, this factor gives us reason to be optimistic about the future of the Russian economy.

International investments entail risks not ordinarily associated with U.S. investments including fluctuation in currency values, differences in accounting principles, or economic or political instability in other nations.

Investing in emerging markets can be riskier than investing in established foreign markets due to increased volatility and lower trading volume.