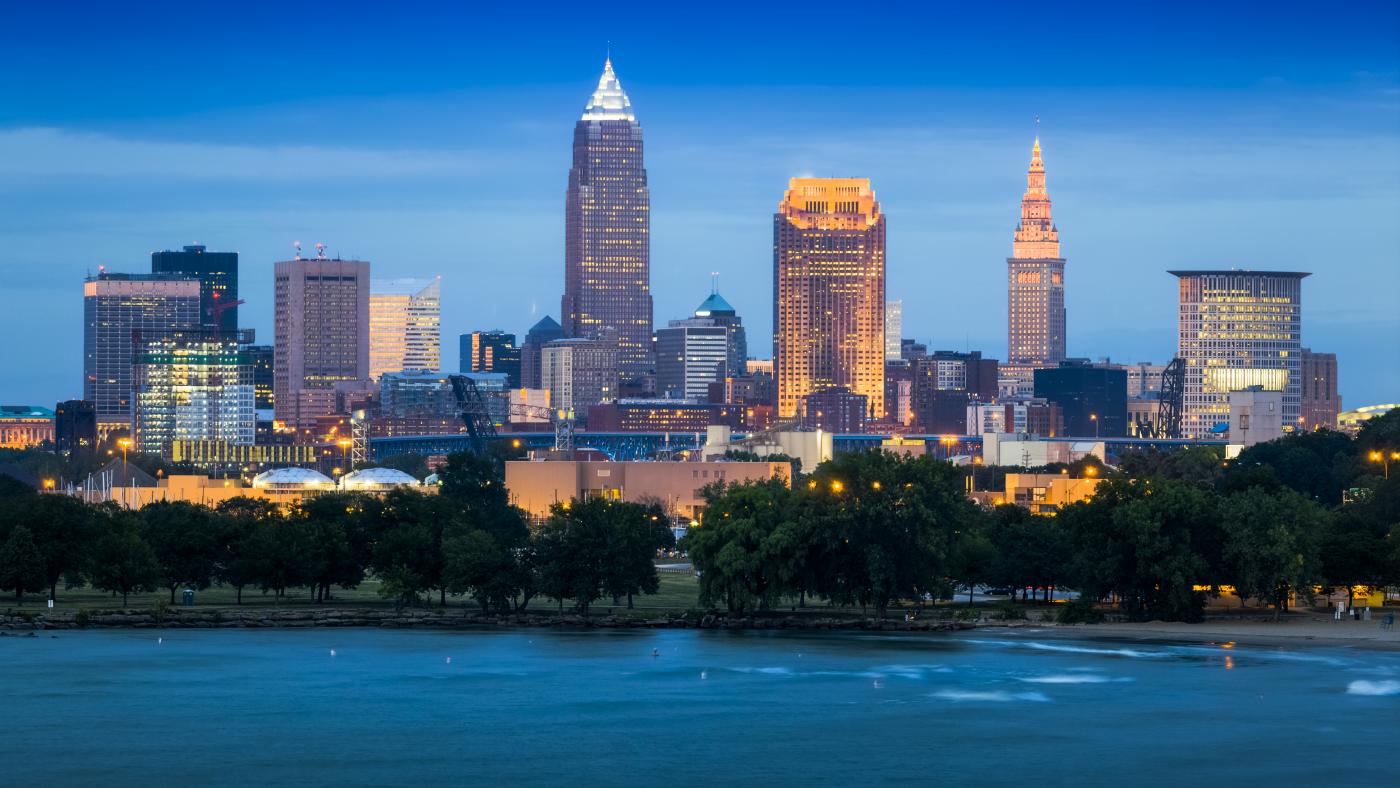 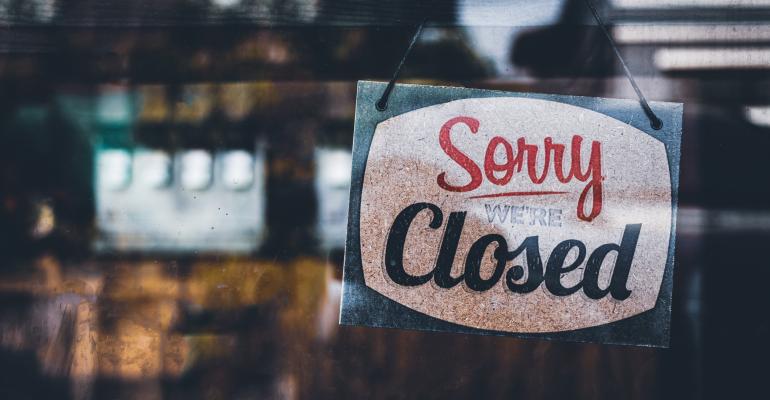 With the shift to remote working and the pandemic-driven rise in online shopping, these sectors have less certain outlooks.

The pandemic dramatically slowed office leasing last year, pushing the national average vacancy rate up to 15.2 percent as negative absorption approached 150 million square feet, according to Marcus & Millichap. The shift to remote working has definitely clouded the outlook for the office sector. Once the vaccine reaches 75 percent distribution (herd immunity), the vast majority of survey respondents (93 percent) expect those who worked in an office full-time before the pandemic to return to an office setting at least partially. However, those who believe people will return full time are in the minority at 15 percent. More than half (58 percent) predict that office workers will work from home 1-2 days a week, 21 percent said people are likely to continue working from home 3-4 days a week, and 7 percent also think people will work from home full time. [Figure 5]. 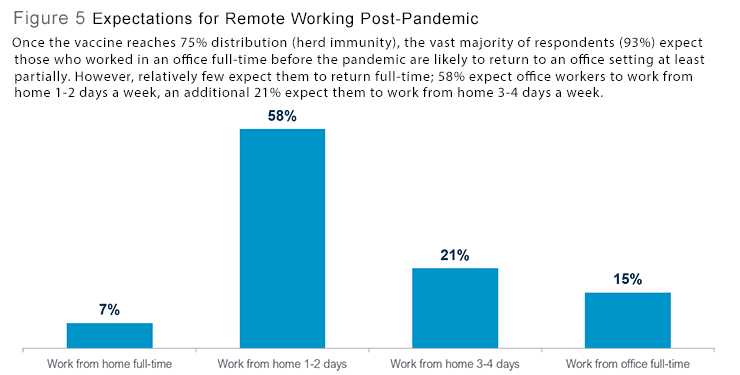 Remote working has reiterated the importance of coming together for things such as collaboration, training, driving productivity and creating a sense of corporate culture, says Pontius. “We believe the majority of office workers will return at least part-time, but questions will linger as to the future impact on space demand,” he says. “There are a lot of variables at play, and we could potentially see an evolution of the office model in coming years. The challenge is assessing where and how significant the changes will be.”

That uncertainty is reflected in sentiment for office. Respondents are split on expectations for property values in the coming year with 27 percent predicting an increase, 32 percent anticipating a decline in values and 41 percent who are neutral. Overall, the average change in the coming year is negative at -2.7 percent. Nearly half of investors (47 percent) think it is a better time to hold office assets, while 44 percent believe it is still a good time to buy and 10 percent prefer to sell. Although capital remains cautious about urban office in major metros, there is an expanding base of capital looking for investment opportunities in suburban markets and secondary and tertiary markets that have benefited from population growth, adds Pontius.

Retail has been struggling with competition from e-commerce for years, and that competition was only exacerbated by the pandemic-driven shift to online shopping out of necessity. Respondents were split on expectations for property values with 30 percent predicting an increase, 29 percent anticipating a decline in values and 41 percent who were neutral. Overall, the average change in the coming year is -2.8 percent.

“People have been talking about a so-called retail apocalypse for years, and that weighs on investor sentiment,” says Daniel Taub, senior vice president, national director of the Retail and Net Leased Properties divisions of Marcus & Millichap. “But in reality, a dichotomy has emerged within retail real estate.”

Investors continued to buy and sell shopping centers over the last year, with strong bidder activity and even some cap rate compression raising prices on well-located grocery-anchored centers that exhibited good rent collections and a good track record. Demand also remains strong for single-tenant net lease properties such as quick-service restaurants equipped with drive-thrus. At the same time, there are some retail centers that face a more sedate transaction climate due to uncertainty about tenancy such as gyms, movie theaters, restaurants or other entertainment. “Until there is more clarity on the outlook for some types of retail, it will remain particularly difficult to price assets,” says Taub. That is creating obstacles in the marketing of some retail assets. Retail investors were fairly evenly split on whether it is a better time to sell (42 percent) or hold (40 percent), while 18 percent view it as a good time to buy.