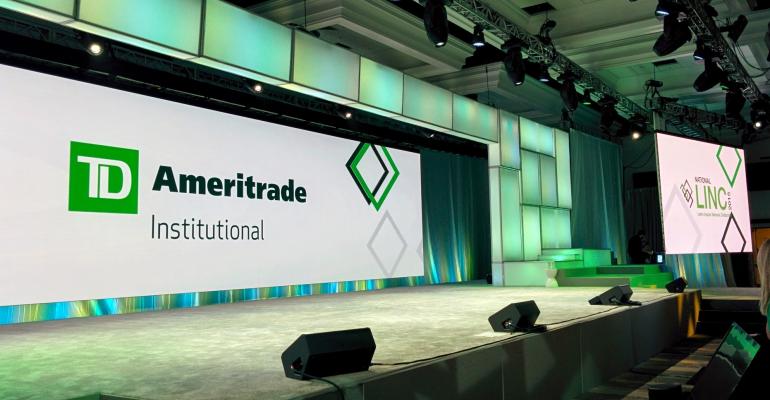 Veo Open Access integrates with 87 different technology firms, allowing advisors to use the apps they like best, but still requires them to navigate between them and log in to each seperately. The idea of Veo One is to bring them all together, letting an advisor access account opening, billing, trading, and asset management in one location and with a single login.

First look at Veo One with multiple apps brought to one screen. #NationalLINC pic.twitter.com/RUylz5x2Eu

When an advisor moves from one app to the next, Veo One automatically takes them to the same client record they had been working with. Changes made in one app will automatically update in others, and all of the information is displayed on one “Client View” screen.

Veo One was designed for both desktop computers and mobile devices, and the platform tracks a user’s habits and preferences to display the most relevant information. It is entirely web-based, meaning it can work an any computer or desktop running a modern web browser.

One advisor at the conference was concerned that this feature could compromise client data and wanted to know where the data was stored. Chris Valleley, a director of technology solutions at TD who gave a live demo of Veo One, said that TD does not store or duplicate client data in any way. All of the information still resides in the native apps like the do with Veo Open Access, but Veo One displays it all in one location.

Veo One incorporates iRebal, TD’s cloud-based software that automatically rebalances client portfolios. Valleley said this new workflow will allow advisors to reblance portfolios in a matter of hours instead of days or weeks.

Valleley placed a lot of focus on personalization and customization. Each advisor will have a different experience with Veo One, depending on which apps or CRMs they use, what sorts of information they find important, and which features they decide to turn on or off.

A different look at Veo One dashboard with an advisor using different CRM and apps. #NationalLINC pic.twitter.com/8ReuhwnoSs

A small group of advisors have been using Veo One since late last year, and TD said it would onboard more throughout the year. For those seeing it for the first time, many said that they enjoyed the new integration between apps and the new design.

Attending Veo One session.Love freedom of open architecture,sounds great. I just hope all this WORKS w/out getting bogged down #NationalLINC

Others brought up problems with the current Veo platform, such as importing the wrong phone number into Laser App, and were disappointed that Veo One doesn't address these bugs. Others were hoping TD would announce features like being able to email clients with information from all of the apps attached, integration with office-side programs like Quickbooks, and reporting services like Morningstar Direct.

Valleley responded that this is just an early (beta) version and that his team is getting feedback from the advisors that are already using it. When it launches the next version, TD intends to bring on more advisors and continue to improve the platform.

Along with Veo One, TD also announced a redesigned client website, AdvisorClient.com, that brings in much of design and functionality of its retail brokerage website.