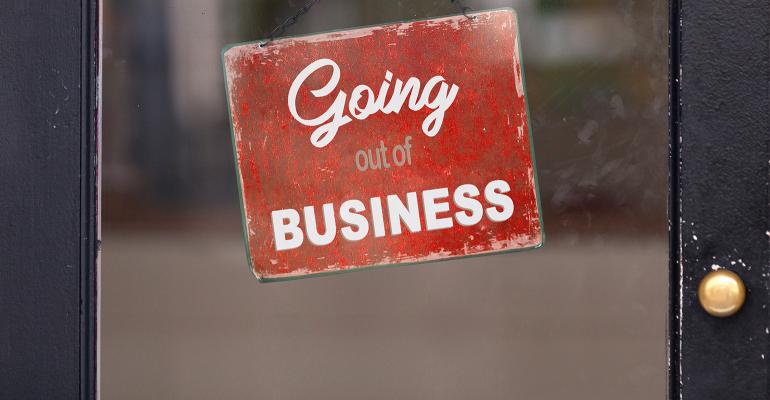 The SRI-aligned digital investing platform Swell Investing is set to close next month.

Pacific Life-backed do-good digital investing platform Swell Investing is calling it quits. As of yesterday, the platform, which offered financial solutions mapped to UN Sustainable Development Goals, is no longer accepting new accounts and is working to wind down its operations.

At last count, the digital investment advisor had just over 14,000 accounts and $33 million in assets under management and 43 employees, according to its most recent regulatory filings. Based out of Santa Monica, Calif., the startup launched just two years ago and was run by David Fanger, who joined Pacific Life in 2008.

Meanwhile, automated advice platform or so-called robo advisor Betterment, which just launched a cash solution and has an SRI portfolio, reported $16.4 billion in AUM on its most recent regulatory filings. Rival Wealthfront weighed in at $11.5 billion in AUM, according to its most recent filings.

For Pacific Life, the Swell model of pairing impact investing with a digital platform fell flat. “Although we believe in the value of sustainable impact investing, the Swell model is not a long-term fit for our core business strategy,” according to a statement provided by the company. While the company recognized the need to engage “younger and more digitally-minded consumers,” it will be doing so under the “NEXT by Pacific Life” digital portal, which allows consumers to purchase life insurance and annuity products.

Swell never reached the scale it needed to become viable, the company acknowledged. “Although Swell still passionately believes in sustainable impact investing, the company was not able to achieve the necessary scale in the current market to sustain operations,” noted a company spokesperson in a prepared statement. As recently as June of last year, the company was even marketing to advisors, an approach it called “Swell for Financial Advisors” in an effort to attract funds to the platform via a partnership with Folio Institutional, its custodian and executing broker/dealer. “Our mission at Swell is to ensure every dollar invested has a positive impact on the world,” said Fanger at the time. “Offering Swell to advisors through Folio’s platform greatly expands access to impact investing.”

Impact, socially responsible or ESG investing, all terms for the practice of using investing as a means to effect non-financially based change, has been pushed hard in some circles, but the jury is still out on its actual importance. A WealthManagement.com report found that “data suggests that advisors who are prone to use this style of investing are already doing so, and if an advisor is not investing this way for clients currently, there is little chance they anticipate changing their mind in the future.”

It appears Swell overestimated interest in the product. According to the firm’s own data, 84% of investors in Generation Z, those aged 18 to 24, indicated that they’re either already invested or plan to invest in socially responsible investments in the future. The firm apparently wasn’t able to convert those interested young investors into paying customers given its annual fee of 75 basis points, which is more expensive than most robos, and despite a low $50 investment minimum. Swell doesn’t use algorithms to manage client accounts, opting for portfolio managers and a “rules-based” investment approach instead, according to regulatory filings.

Swell Investing’s relatively scant assets, after two years in operation, pointed to the dual challenges of digitally native advising and impact investing, said David Goldstone, research analyst at BackEnd Benchmarking, which publishes reports on automated investing platforms. “Despite [Swell Investing’s] strong backing, they failed to reach the necessary scale to justify continuing operations,” he said. “The digital advice industry has matured since just a couple of years ago. Many startups in the space have been acquired [and] large financial institutions have adopted and launched competitive platforms.”

Quick growth cannot be underestimated when it comes to viability for an advisor like Swell Investing, he added. Five and fifteen are the magic numbers: “Within the first 5 years [a new platform like Swell] must be measuring their AUM in the billions [of dollars] to be on track for profitability,” he noted. “I believe to reach profitability you need to reach $15 billion or more depending on what you are charging clients and if you have alternate revenue streams.”

Swell Investing’s final day in operation is scheduled to be August 30, 2019.