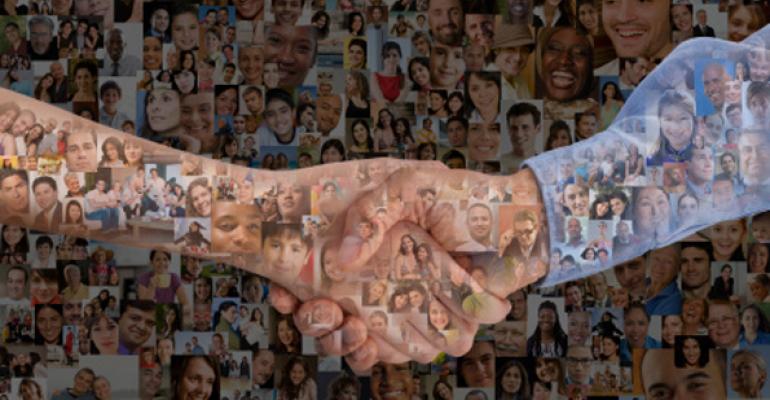 Marketing jargon is the quickest way to turn people away from you on social networks, says Crystal Thies, also known as the “LinkedIn Ninja.” Working with advisors and those in other regulated industries, Thies advises her clients to avoid the head-on approach. A subtle style works best, particularly with affluent investors who are savvier than you think about filtering out anything that remotely whiffs of a sales pitch.

Instead of linking directly to a prospect, she suggests linking to a CPA or another professional you know to get a view into their network. Once connected, take part in ongoing conversations — but comment in a way that shows expertise, without pushing your product. Do not suggest a meeting.

“It’s more educational in nature as opposed to sales,” says Thies, based in Covington, KY. “How you comment can position your expertise, so you’re social selling to their network, to the people you might want to have as clients.”

Get Out And Engage

Once you’ve found a network or connections that can potentially lead to a new client or two, start chatting — but not about business. In fact, pushing out pre-approved marketing content is actually just as bad as spam, regardless of what your firm tells you. You need to join a conversation naturally or launch one yourself, says Amy Mcilwain, president and founder of the Denver, CO.-based Financial Social Media, which helps financial services and insurance clients create social media profiles.

Mcilwain believes some automated content can be helpful, but there has to be a mix. Broadcasting pre-timed messages is a one-way street. To really get a potential client’s interest — and ideally their business — think about mingling as you would at a cocktail party. Make small talk and post something personal, but professional in tone.

“When someone comments, comment back,” says Mcilwain. “Don’t just ignore it. Join the conversation. It won’t seem unusual and aggressive if you are connecting to a friend.”

Running to build friends, connections and followers is the immediate plan of most who join social networks. But doing so strategically is a better move, says Kevin Nichols, director of marketing and social media with the The Oechsli Institute, which finds that early adopters to online social selling were more selective in their relationships.

Nichols understands the instinct to pile on the numbers but having timely activity on your network is more crucial than the number of followers, which can actually be “smoke and mirrors,” he says.

“Don’t focus on the quantity,” he says. “It’s really about the quality of those followers, and having a presence on the network.”

Barbara Giamanco warns advisors to stop trying to make a deal until a potential client seems interested. Like an etiquette maven, she is a big believer in the power of a good first impression — particularly online.

“When I go to a networking event I don’t expect to close a sale,” says Giamanco. “You don’t pitch. Online it’s even worse. At a networking event, if you annoy 10 people by shoving a sales brochure in their face, they may avoid you, but it’s just them. Online? You can end up on other sites with a sign that says ‘Beware.’”