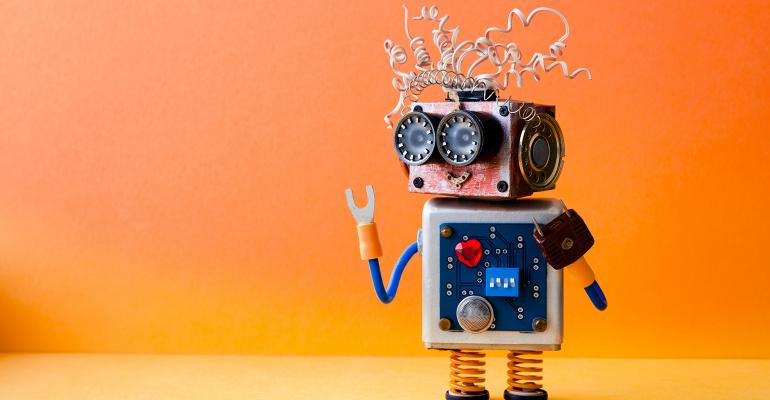 SigFig Takes the Crown in Three-Year Returns, but Caveats Apply

Just three of the seven platforms with three-year trailing returns followed by Backend managed annualized returns above the research firm's own benchmark, a proprietary marker meant to make easier comparisons between portfolios with different equity allocations but all meant for taxable accounts and moderate risk profiles in the highest brackets. SigFig came in 0.67 percent above the benchmark and Personal Capital brought up the rear, providing returns of 1.12 percent below the benchmark.

SigFig benefited from being overweight in emerging-market equities, according to the report. Emerging markets and large-cap holdings also helped Schwab. Meanwhile, Personal Capital’s performance lagged the group because of oversize allocations to small-cap funds and funds tracking some other underperforming sectors. The longer time horizon also includes impacts from some early missteps that may have been adjusted but affected the longer performance numbers. Acorns’ returns have improved recently, but poorly timed trades early on dampened its returns.

The drop in the equities market in the quarter was a good opportunity to see robos’ trading algorithms in action. “We saw robos making more trades than we ever have before,” the report’s authors wrote. Notably, TD Ameritrade’s Socially Responsible Investing portfolio highlights the complexity of automatic-tax-loss-harvesting algorithms. The portfolio harvested losses three times in the quarter, according to the report, and after its third sale late in December it couldn't use its cash to buy a similar fund to avoid triggering the wash sale rule.

The double-clutch caused the portfolio to hold 35 percent of the portfolio in cash at one point, putting drag on the portfolio when the S&P returned more than 6 percent from December 24 to the end of the quarter. Meanwhile, Merrill Edge dodged a bullet when it shifted into a more conservative portfolio composition in August, allowing it to sidestep some of the downside and volatility at the end of 2018.

Backend Benchmarking’s report has given investors and advisors a seemingly more transparent method of comparing automated investing platforms with each other, but it hasn’t been without its controversy. “Performance alone is the wrong lens with which to look at these services,” said Anton Honikman, CEO at MyVest. “If you think about performance only and ranking on the basis of performance, it’s entrenching that product-centric view of the world. Why is robo better for another [customer] because the last six months’ performance was better?”

Analysis should focus on which robo is best for a consumer given his or her circumstances, said Honikman. The primary goals of automated investment platforms, and therefore the manner in which they should be measured, is how well the services help investors reach their goals and how do they help people save more, admittedly a significantly more subjective way of measuring a robo. “It’s going to be hard to measure the end impact,” he acknowledged.

The challenge of measuring customization for investors isn’t going away. “The client experience is quickly becoming, and overtaking, price and product as the key brand differentiator,” said Tom Nally, president of TD Ameritrade Institutional at the 2019 TDAI LINC conference. Perhaps that’s why Americans still prefer human advisors to robo advisors.

But with more entrants into the world of automated investing, there will be more options for consumers. Backend is adding coverage of 12 new offerings in its next report, which adds to its usefulness, said Ken Schapiro, founder of Backend Benchmarking. “As more time goes by and we have a longer track record of robo advisors' performance and characteristics, we get a better picture of how they behave under different market conditions and over a longer period of time," he noted in a statement.

A few basis points of outperformance will ultimately matter less to consumers than how well a tool works for the consumer, said Honikman. “The bigger the onset of personalization, the less relevant the performance ranking will become.” Investors focused on metrics, however, will still be taking a hard look at SigFig’s performance if they're trying to maximize their returns.