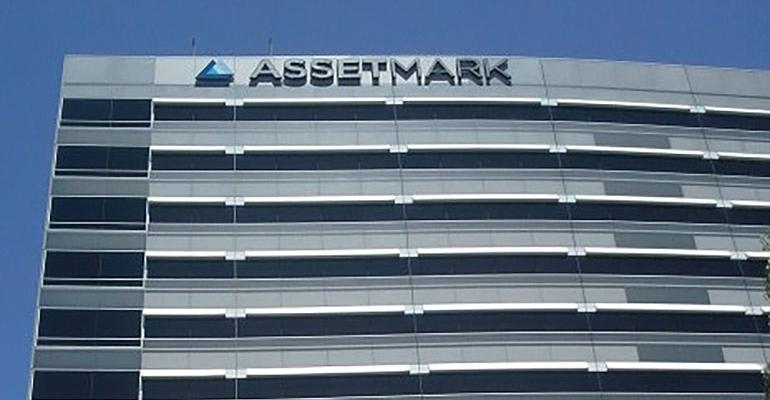 The TAMP plans to raise up to $100 million to pay down debt and acquire other businesses.

AssetMark is a turnkey asset management platform started in 1996 by financial advisor Ron Cordes and his partners to solve their own problem: They wanted to integrate access to investment strategies in a fiduciary, fee-based practice. Other advisors took notice and signed on with the platform. Once it reached $9 billion in assets, Cordes and his partners sold it to Genworth Financial in 2006 for $230 million.

Now at $50 billion in client assets, AssetMark has close to an end-to-end technology platform for advisors, including portfolio analytics, onboarding tools, billing, account management and a client portal, in addition to access to a broad suite of investment managers. It’s planning an initial public offering and filed its first publicly available prospectus this week following a “confidential” version earlier this year.

Companies typically file an S-1 with the Securities and Exchange Commission, then update the document and disclose additional information when it gets closer to the day of the IPO. But there are some details worth pointing out about the Concord, Calif.-based company, which provides portfolio construction and technology solutions to retail financial advisors.

There is no date yet for its IPO, but AssetMark plans to raise up to $100 million under the ticker “AMK” on the New York Stock Exchange. Like other information, the amount of money raised is a placeholder. It expects to, and will likely, raise much more.

WealthManagement.com took a close look at AssetMark’s S-1 and here’s what we know so far …

1. AssetMark, and its revenue, are growing

AssetMark charges advisors a recurring fee for the assets on their platform. As those assets grow, so does the company’s revenue.

From the start of 2015 through March of this year, assets on the company’s platform have doubled from $25 billion to $50 billion. That equates to a compounded annual growth rate of 17%. More recently, it achieved a 45% rate from March 2017 to March 2019, according to the company.

In 2018, AssetMark reported revenue of $363.6 million, including $338 million in asset-based revenue and $20.4 million in spread-based revenue driven by interest rates on the cash assets held by investors at AssetMark’s proprietary trust company. It reported an adjusted EBITDA of $88.9 million, according to its S-1 filing.

Advisors are billed quarterly, which AssetMark says makes for easier forecasting and better investor guidance throughout the year. As of March, more than 7,600 advisors used the platform to serve approximately 137,000 investor households.

AssetMark was acquired by Chinese securities firm Huatai Securities in 2016 for about $768 million. Huatai is also one of the underwriters planning to price and sell shares in the IPO. The other book-running managers are J.P. Morgan, Goldman Sachs, Credit Suisse, BMO Capital Markets, Raymond James and William Blair.

AssetMark plans to use approximately $125 million of the net proceeds of the IPO to repay a portion of its outstanding $249.4 million term loan. The loan has a variable rate—initially LIBOR plus a margin of 3.5% or the alternate base rate—in addition to a margin of 2.5%, according to the filing.

It also plans to use the capital raised to continue to acquire other businesses.

4. AssetMark has invested over $150 million in technology

Since the start of 2015, AssetMark has invested $153 million in technology, and it plans to continue to make investments. How much it invests will depend on revenue growth and how quickly and efficiently it can launch new offerings for its advisors.

“While these investments may delay or reduce our profitability, we believe they will enable us to grow our revenue meaningfully in the long term,” the company said in the filing.

5. AssetMark grows the firms it acquires

AssetMark describes itself as a “disciplined acquirer” and that buying other companies is a “core competency” of the business. It’s made more than a dozen acquisitions over the years.

In 2014 and 2015, respectively, AssetMark acquired two firms that collectively added $3.5 billion in assets to its platform. On average those acquired assets had grown by 17% compounded annually, the company said.

In April 2019, it closed the cash purchase of Global Financial Private Capital for $35.9 million, which added another $3.8 billion in platform assets. It had no immediate agreements or understandings to acquire or invest in any other companies as of the latest S-1 filing.

6. In 2017, AssetMark discovered “material weaknesses” in its financial reporting

In 2017, after an audit of its financial statements, AssetMark “identified material weaknesses” in its internal controls and reporting, requiring it to restate its financials for that year.

A weakness, the company notes in the filing, could be any “deficiency, or combination of deficiencies” that could result in material misstatements of annual or interim financials that wouldn’t be timely prevented or detected.

“We implemented measures designed to improve our internal controls over financial reporting to remediate these material weaknesses, including the engagement of technical accounting consulting resources, plans to hire additional finance department employees and the implementation of more formal policies and procedures related to critical accounting policies. No material weaknesses were identified in the year ended December 31, 2018,” the company stated in its filing.

7. AssetMark stands to gain from evolution of advisor industry

Individual investors are increasingly turning to independent registered investment advisors and, consequently, the average number of investors served by an RIA increased by 20%, according to Fidelity Investments’ 2017 Digital Advisor Adoption Study Update.

AssetMark expects that trend to continue and as RIAs take on more clients, they will need technology and services, including an easier way to handle investment management, to make them more efficient.

“Our offering is built around technology, investment solutions and expert support, positioning us to benefit from these trends ... we believe that these favorable industry trends will give us the opportunity to continue to gain market share. Our gains in market share since 2014 have been due largely to organic growth, an area on which we plan to continue to focus.”