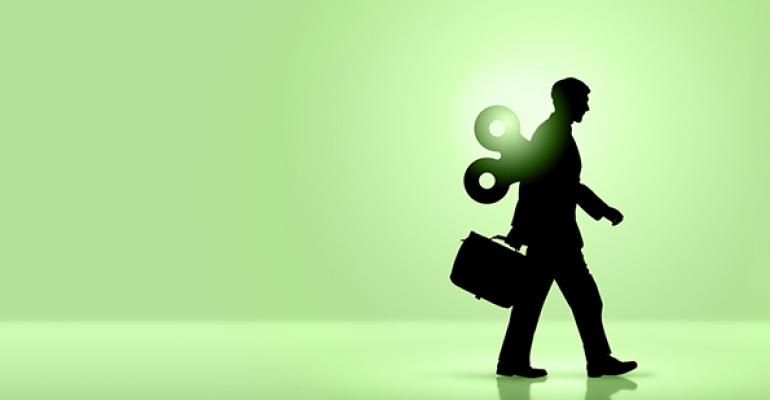 Digital investment advisors, the so-called “robo-advisors,” were built to be low cost and highly scalable to attract millennial investors and disrupt the financial services industry. But their survival as standalone companies depends on maintaining aggressive growth over the next six years.

Traditional firms have responded to these robo platforms by either building their own, purchasing one, or offering low-cost services augmented by technology. The entry of brokerages into the digital advice market is going to make it more difficult for the robos to return the investment made by their venture capital partners, according to new research by Cerulli Associates.

And these estimates are only for a strong market. Cerulli said a bear market would threaten a robo’s ability to retain clients and increase the possibility of missing investor expectations.

Yet it is possible to maintain such a high growth rate. Cerulli said the mutual fund advisory program launched by Edward Jones in 2008 is largely similar to the robos’ business model, besides relying on a human advisor workforce and using active mutual funds instead of ETFs. Edward Jones was able to grow its MFA platform at a 72 percent compound annual growth rate for six years and amassed $136 billion in assets.

But Edward Jones had existing clients it could convert, a brand name trusted by new clients, and a team of advisors able to convert assets to the MFA program. Cerulli said these factors have helped Schwab and Vanguard achieve rapid growth with their respective online investment programs, but the startup robo advisors simply don’t have them.

Vanguard has another unique advantage by owning the ETFs offered through its Personal Advisor Services platform and used by virtually every robo advisor.

“Vanguard is able to offer the service at [30 basis points] because it collects revenue on the underlying exchange-traded funds and, while the basis points are low, the firm may make up for the low fees using economies of scale as the platform matures,” Cerulli research analyst Frederick Pickering said in the report. “By controlling the ETFs, Vanguard should realize additional favorable economies of scale and outprice other eRIAs.”

By pursuing scale, robos are also in danger of becoming indistinguishable in terms of service and being forced to compete on price. Cerulli suggests that in order to survive, robos need to focus on a business-to-business model, like Betterment has done with Betterment Institutional, a partnership with Fidelity’s RIA business, and the recently announced 401(k) business.

Two areas that would be a natural fit for robos are banks, which have access to thousands of mass affluent customers, and RIAs looking for a technology solution to service their established client bases.

“Ultimately, the eRIA services need to prove themselves as a business model and not a technology offering,” Pickering said. “By collaborating with banks and small RIA firms, eRIAs should be able to tap the third-party vendors marketplace and become contenders.”