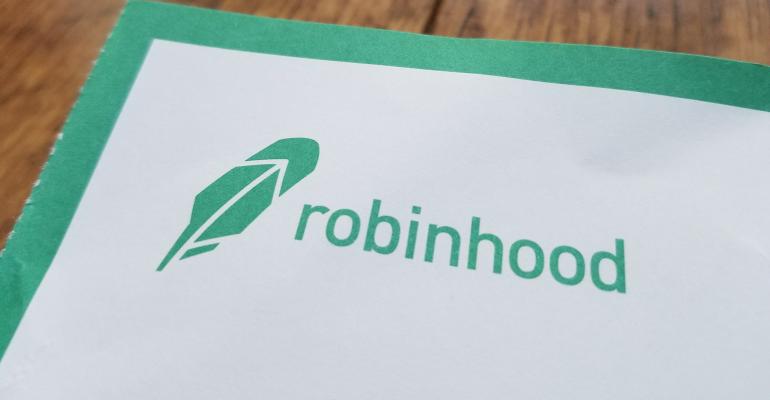 As the market experienced violent swings over the past two weeks, Robinhood suffered from three significant outages.

(Bloomberg) -- In the throes of frantic market uncertainty, traders using Robinhood Markets Inc. faced the ultimate frustration: Their accounts kept malfunctioning. Behind the scenes, the online brokerage was already bracing for financial strains.

Robinhood drew its entire $200 million credit facility from Barclays Plc, Citigroup Inc. and JPMorgan Chase & Co., according to people familiar with the matter. It made the move just as fears of the coronavirus set off more than two weeks of violent market swings and heavy volume, during which Robinhood’s trading platform suffered three significant outages.

“Our capital position remains strong,” the Menlo Park, California-based firm said in an emailed statement, saying the decision to borrow predated and was entirely unrelated to the outages. “We determined it was prudent to draw on our credit line during the week of Feb. 24 in light of market volatility. That capital was returned in full last week.”

It said it’s not unusual for companies to take precautionary measures during such market conditions.

“Companies don’t tap their credit line unless they need to,” said David Ritter, an analyst at Bloomberg Intelligence, who spoke generally about the issue without commenting directly on Robinhood. When companies do, it’s “perhaps not a good signal with regard to their cash burn, which could make creditors nervous.”

In the days since it tapped the line of credit, Robinhood’s platform has repeatedly gone dark for more than an hour at a time, including an outage March 2 that spanned an entire U.S. trading session, in which the S&P 500 surged 4.6%.

Robinhood said last week that a confluence of factors -- record account sign-ups along with highly volatile and historic market conditions -- led to unprecedented stress on the firm’s infrastructure.

That heavy load caused the so-called Domain Name System, or DNS, to fail. The system is essentially the phone book that computers use to turn a domain name into an IP address, and it’s how users access websites around the world.

On Monday, Robinhood faced a fresh breakdown as U.S. stocks plunged. Stocks tumbled so hard they set off a market-wide trading halt minutes after the open. And by day’s end, the S&P 500 was down 7.6%, the worst performance since the depths of 2008’s financial crisis.

“We know this interruption was frustrating for our customers -- especially after last week and on a day that trading was halted,” the company said in the statement. “Our platform is now fully operational and we’re working hard to improve our service during these historic and volatile market conditions.”

The firm declined to comment further on what sparked Monday’s disruption.

Robinhood, founded in 2013 by Vlad Tenev and Baiju Bhatt, pioneered commission-free trading, a move that’s since been copied by larger online brokers including Charles Schwab Corp. The startup has attracted 10 million users and is now backed by venture capital firms including Index Ventures, Andreessen Horowitz and Sequoia, garnering a valuation of $7.6 billion.

The company has been increasingly focused on improving the reliability of its service in recent years, and in mid-2018 hired Adam Wolff from Facebook Inc. to lead its squad of engineers.

When Wolff joined, Robinhood’s entire engineering workforce was the size of the group of specialists he’d led at Facebook, he previously said. He has been focused on adding staff and last month hired former Facebook colleague Paul Tarjan.

“An area where we plan to focus is one we continue to invest in heavily as a company -- compliance,” Wolff said in a blog post announcing the hiring. “It’s fundamental to our focus on our customers and our ability to safely and confidently move forward as a firm.”

Software mishaps have rocked Robinhood before. In late 2018, the company’s options trading service had an outage that locked consumers out of their accounts and stopped them from closing positions. Employees had to call affected clients to apologize, according to people familiar with the matter.

For its latest outages, Robinhood has created a dedicated customer service team to work directly with customers, the company said in a statement. The impact among customers “varies significantly due to the nature of our business,” it said.

The latest technology problems have drawn the attention of the Financial Industry Regulatory Authority, which has been in touch with Robinhood on the matter, according to a spokeswoman for the brokerage regulator. The firm previously agreed to pay $1.25 million to the watchdog for allegedly failing to ensure customers received best prices for securities orders. It didn’t admit or deny the allegations when settling the complaint.

“If you’re a smaller fintech startup, your reputation is everything,” he said “If you can’t get in, you lose all trust in a brand.”

A growing number of Robinhood users on social media have been reporting trouble with closing their accounts. They’re also criticizing the $75 fee associated with the transferring to another platform.

Pankaj Sharma, a New Jersey IT professional with a $70,000 Robinhood account, said he sent an email to the company when he realized the site was down March 2, but didn’t receive a response until after the market closed. He’s now considering moving his money to a different brokerage.

“It’s really shaken my confidence,” he said by phone.