ADVERTISEMENT
Mayfintechreportcard.jpg
Wealthfront CEO Adam Nash Steps Down, Andy Rachleff Returns – Thumbs Down
What happened: Wealthfront announced some interesting news on Halloween: Founder Andy Rachleff is returning as CEO and replacing the incumbent Adam Nash. Rachleff was CEO during Wealthfront’s first three years before handing the reigns to Nash, an executive from Apple, eBay and LinkedIn. Rachleff says he’s returning because he is further embracing his role as “founder” of the company.

Why it matters: As I tweeted after this story broke, “For sale: one slightly used robo. Great user experience, but a bit of a venture capital guzzler.” Despite its protestations to the contrary, Wealthfront and its other self-directed robo cousins seemingly have not found a business model that they can profitably scale. This seems to me like it’s time to sell the company and salvage whatever the assets are worth, and Nash didn’t want to see that process through—though that is only conjecture.
FTV Capital Raises $850 Million for Its Fifth Fund – Thumbs Up
Abscent84/iStock/Thinkstock
What happened: Growth equity investment firm FTV Capital has closed its fifth fund to the tune of $850 million dollars. Based in San Francisco and New York, this firm has now raised a total of $2.7 billion in capital. FTV V (or “FTV Five”) will make investments in the same spaces they’ve focused on for the last 18 years—the intersection of fintech and enterprise software.

Why it matters: I’m biased on this story because it involves some incredible folks who I’m proud to call our partners. My firm, Riskalyze, made news on Oct. 31, announcing $20 million in capital led by FTV (in our case, FTV IV). We chose them because they had a long-term outlook and loved our story about becoming a long-term independent partner for our advisors. Congrats to our friends at FTV on fund number five.
Redtail and SEI Produce a DOL Toolkit for Advisors - Thumbs Up
What happened: SEI and Redtail together rolled out some detailed and advanced new workflows to help advisors put DOL compliance into place. The toolkit they’ve developed unpacks four new processes advisors can use to think through DOL readiness, along with several templates and a white paper, titled, “The DOL's Game-changing Fiduciary Rule: What Should You Do?”

Why it matters: There are still a lot of questions about exactly how the DOL fiduciary rule will be enforced and what its standards truly require of firms. If anyone can help clear some of this up and equip financial professionals with the processes they need to follow, it would be our friends at SEI and Redtail. Savvy advisors are hurrying to take advantage of resources like these before “D(OL) Day,” which is April 1, 2017.
SS&C Acquires CRM Firm Salentica - Thumbs Up
What happened: Technology provider SS&C has announced the acquisition of a CRM firm used by large wealth managers. Salentica, the CRM now owned by SS&C, is an industry framework that optimizes both Salesforce and Microsoft Dynamics CRM platforms for wealth management. SS&C plans to incorporate Salentica into its Black Diamond wealth platform. The size of the transaction was not disclosed.

Why it matters: Although only about 100 wealth management firms use Salentica today, their average customer boasts $3 billion in AUM, and that’s no small number. The features that attracted those firms to Salentica will now be center-stage in the Black Diamond wealth platform. Black Diamond is moving closer toward Envestnet’s all-in-one strategy and further away from Orion’s integration strategy. How will it all play out? Stay tuned!
Attack Causes Nationwide Internet Outages - Thumbs Down
What happened: Dyn, an internet traffic-routing company, was the victim of a massive attack on an October Friday. Never heard of Dyn? Maybe you’ve heard of some of the companies they service, like Amazon, Spotify, Netflix, Twitter, Github, or Etsy. The distributed denial of service (DDoS) attack flooded servers with traffic and rendered many internet services useless for as much as eleven hours.

Why it matters: No wonder the year’s hottest topic behind the DOL’s fiduciary rule has been cybersecurity. Between DDoS attacks, internet outages, hacked emails and Wikileaks, the security of data is on everyone’s mind. I wouldn’t be the first to say that financial data is some of the most sensitive kind, so make sure you’re working with technology companies that put a lot of focus on security, reliability and disaster recovery protocols.
Envestnet Buys Wheelhouse Analytics - Thumbs Up
What happened: Wheelhouse Analytics has been acquired by investment services and technology provider Envestnet. Envestnet has its eye on DOL fiduciary rule compliance solutions and plans to use Wheelhouse’s data tool to glean more insight into client portfolios and benchmark accounts against peers.

Why it matters: We’ve seen acquisitions from this crew before (I believe this may be transaction number eight in recent years.) This acquisition, in addition to the Yodlee platform they scooped up last year, should give Envestnet’s sizable analytics capabilities a boost.
Betterment Automates Asset Location Strategies – Thumbs Sideways
What happened: The New York-based self-directed robo advisor has released a new feature called “Tax-Coordinated Portfolio,” which takes traditional asset location strategies and automates them for maximum tax benefit. While most advisors already implement asset location strategies, Betterment claims to be directly targeting the “DIY” type of investor.

Why it matters: This one gets a thumbs sideways as we wait and see how it plays out. On the one hand, it’s great to see technology continue to help investors figure out the complicated parts of investing. On the other hand, taxes are complicated and often driven by individual situations. Betterment has a lot to figure out to make their business model scale profitably and work well under the DOL fiduciary rule. Tax coaching seems tough for a robot to pull off, but let’s wait and see how the product works.
Canada Launches its First Fintech Sandbox - Thumbs Sideways
What happened: Canada is following the UK’s example and producing a “sandbox,” allowing fintech firms to tap into a government agency for hand-holding through compliance processes. The Ontario Securities Commission (OSC), one of thirteen financial regulators in Canada, announced a government program called “LaunchPad” in October. LaunchPad’s mission will be to guide fintech startups through the complexities of the Canadian regulatory framework.

Why it matters: The success or failure of these programs in the UK and Canada will undoubtedly have an impact on similar efforts that currently exist in the United States (like Rep. Patrick McHenry’s bill, now deemed the “Financial Services Innovation Act of 2016”). Will programs like these streamline the path from technology to advisor, or will they merely add to the compliance burden that the OSC so openly acknowledges in Canada? We’ll have to see, eh? 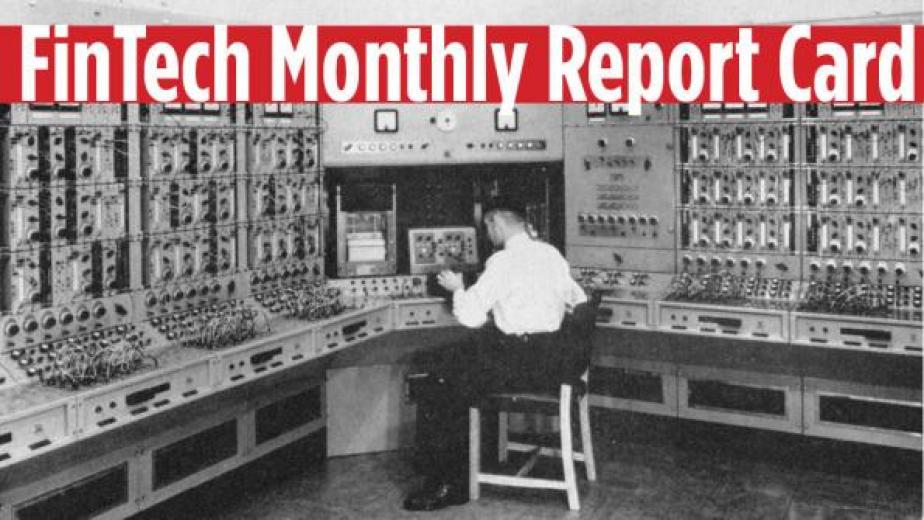