What happened: A tiny bit of news came out this past month that’ll hit history books indefinitely, and I’m smart enough to avoid putting a “thumbs up” or a “thumbs down” on it. Similarly, the markets aren’t pro-Hillary and the markets aren’t pro-Trump. What the markets do favor is certainty. Many speculate the volatility we’ve seen is due to the certainty of knowing who the next POTUS is, paired with the uncertainty of what that’ll actually entail.

Why it matters: Nobody can predict the future, but I predict that emotionally-charged, short-term decisions will blow up far too many long-term goals for investors who don’t have an advisor beside them as a behavioral coach. We’ve seen firsthand that when volatility increases, fintech demand increases. Advisors crave tools that can help them act as behavioral coaches in which to put the markets in context and empower investors to make the right decisions.

LPL Prepares for the DOL Rule - Thumbs Up

Why it matters: LPL is doing a great job showing us the level of clarity an IBD can bring to its advisors. LPL is hoping that the complexity of the DOL rule drives advisors from banks to their IBD in hopes of taking advantage of LPL’s DOL solutions. Casady told us, “The world is going to get more narrow, meaning there is going to be a smaller set of products that one can support,” and it’s looking like he’s right.

Speaking of Casady, late breaking news has him retiring and turning the LPL reins over to his deputy, Dan Arnold. Congratulations on ten years of strong leadership, Mark — and best of luck, Dan.

What happened: The SEC held a “fintech forum” this month as part of an information gathering initiative by SEC chair Mary Jo White. White led the conversation, which began with her commitment to support innovation in finance, and remarked that “it is safe to say that fintech is well on its way to playing an important role in the future of the securities industry.”

Why it matters: Well on its way to playing an important role in the future? That seems like the understatement of the year…I’d say fintech is already playing a very disruptive role in many areas. In my opinion, the SEC should have been working to make the regulatory framework easier for innovation years ago. Unfortunately, it seems like any initiatives from Chairwoman White are unlikely to bear any fruit in the next month since she’ll be stepping down in the wake of President-elect Trump’s surprise White House win.

What happened: Quovo has announced the launch of an account authentication API, allowing developers connecting to financial accounts via Quovo to verify key data, confirm account ownership, and even facilitate payments and cash transfers. Quovo now aims to support the onboarding of new accounts and beyond.

Why it matters: Kudos to Lowell and the team at Quovo, who keep finding new ways to leverage their data and integration chops to support fintech innovation. This is a great enabling technology that can help robo tech platforms like our own Autopilot product validate customer identification and bank accounts.

Why it matters: We do a lot of training at Riskalyze, so I’m always intrigued when I see our partners and friends do innovative things in that space. Since the Ascent beta program began in August, Orion has already been able to conduct over 3,000 trainings with advisors. Advisors aren’t just hungry for fintech; they’re looking to maximize it. Expect fintech firms to offer more avenues for hands-on training resources in the future.

What happened: Wells Fargo is going robo. The wirehouse is partnering with SigFig, a technology firm in San Francisco to develop an automated investment platform to be released “sometime in 2017.” According to an article in WealthManagement.com, this will provide end-to-end automation, “removing the need for a traditional financial advisor.”

Why it matters: Hopefully the best part of robo technology is that it won’t open accounts without permission! In all seriousness, though, Wells Fargo claims that their in-house advisors will be able to leverage the technology as a free service to their clients, but they’ve also indicated that their primary go-to-market strategy is direct to consumer. If I were a Wells advisor, I wouldn’t be too thrilled with this self-directed robo approach.

What happened: The UK and China have reached an agreement to create a regulatory “fintech bridge.” This should open the path for British innovations to reach the Chinese market and vice versa. The UK already has similar agreements with Australia, Singapore and South Korea. London is a significant global fintech hub and China boasts several large companies in the space as well.

Why it matters: The UK may be playing nice with Asian markets in lieu of deteriorating relationships in Europe after the Brexit vote. In any case, fintech regulation in the United States is still clunky and unnecessarily restrictive. I predict we’ll learn a few regulatory lessons from the fintech hubs across the pond, and with any luck, that might expand the rate of fintech innovation for advisors in the US.

Cetera Brings MoneyGuidePro to Thousands of Advisors - Thumbs Up

What happened: Robert Moore, the new CEO of Cetera Financial Group, asked the question, “What does it truly mean to deliver financial planning – beyond just DOL preparedness – for the future?" He says he’s answered this question by striking a large deal with PIEtech, creator of MoneyGuidePro. PIEtech is selling thousands of licenses to Cetera for both the MoneyGuidePro financial planning platform as well as their “Best Interest Scout.”

Why it matters: Previously, only four of Cetera’s IBD firms used MoneyGuidePro. Now all of them will. This move is aimed at empowering their advisors in light of the DOL rule, and I think it’s a great step in the right direction. Planning platforms like these really help advisors act in the best interest of their clients, and with PIEtech’s recent integration announcement, those advisors will be able to seamlessly use the Risk Number to drive risk assessment and investment selection in conjunction with that planning. 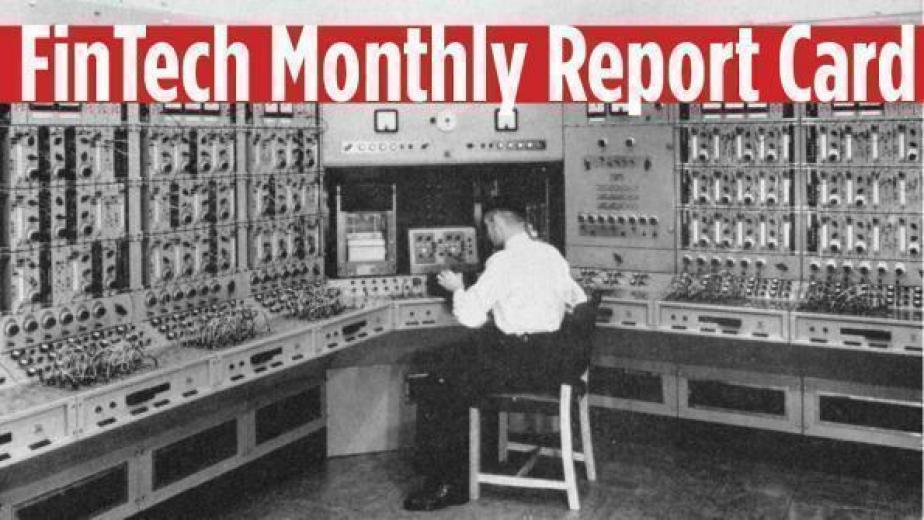