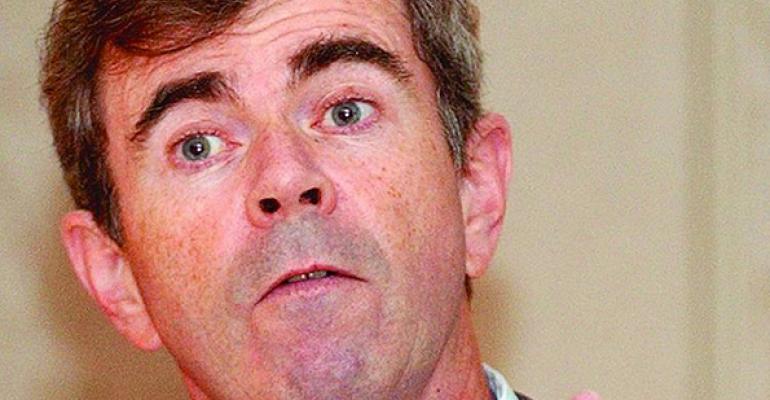 (Bloomberg) -- Massachusetts’ chief securities regulator is pushing back against automated investment services, saying it’s not clear that they can act in the best interest of clients.

So-called robo-advisers may be inherently unable to act as fiduciaries and perform the functions of a state-registered investment adviser, Secretary of State William Galvin said in a statement Friday. The state plans to evaluate such advisers seeking registration on a case-by-case basis.

“Entities that create computer-generated portfolios but fail to do the necessary customer due diligence to know their customers and who specifically decline most if not all the fiduciary duty are not performing the duties of investment advisers,” Galvin said.

The policy applies primarily to fully automated services, according to the statement.

Web-based “robo-advisers” such as Betterment and Wealthfront use computer algorithms to lower the cost of recommending investments for customers. Their annual fees for advice are generally a third or less of what human advisers charge, typically 1 percent of clients’ assets. The lower price is in part why the market for digitally based advice is expected to grow to $285 billion by 2017, according to researcher Aite Group.

Vanguard Group and Charles Schwab Corp. last year started their own automated services. Fidelity Investments began testing a service this week on existing clients, which it plans to release publicly in coming months. Bank of America Corp. and Wells Fargo & Co. are developing programs, too.

Companies are taking different approaches. At Vanguard, investors answer questions online and then must speak with a professional before their portfolio is implemented. With others, customers can open an account in minutes without any human interaction.

Firms that don’t collect a lot of information about their clients may receive increased scrutiny from states like Massachusetts, said Sean McDermott, a senior analyst at research and consulting firm Corporate Insight in New York. But it may not be a negative for the industry.

“We don’t see this as a major hindrance to the growth in this space,” McDermott said.

Some regulators see the rise of computer-driven investment advice as a positive for consumers, McDermott said. "They are giving consumers more options, dropping the price point and increasing the competition," he said.

Last year Labor Department Secretary Thomas Perez pointed to Wealthfront as a robo-adviser that has been able to serve small investment accounts for a fraction of the price of human advisers while also acting as a fiduciary.

At a federal level the U.S. Securities and Exchange Commission issued an investor alert last May that cautions people about the limitations of automated investment tools.

Robo-advisers generally don’t provide personal investment advice and aren’t free from conflicts of interest, according to a 2015 research paper by Melanie Fein, a former Federal Reserve lawyer who analyzed some of the services’ customer agreements. They allocate groups of people into a mix of securities based on similar answers to online questionnaires and some use their own products or share revenue with the product providers, she wrote.

"For decades, we have given our customers access to our managed account services, through which investment management professionals provide fiduciary advice to help our customers reach their financial goals," Stephen Austin, a spokesman at Fidelity, said in an e-mail. "Our new digital advice offering, Fidelity Go, will provide our customers yet another managed account option."

A representative from Betterment declined to comment. Wealthfront supports efforts to ensure consumers understand differences between various robo-advisers and investment strategies they use. "This is why we have always put transparency at the core of Wealthfront’s service," Kate Wauck, a spokeswoman for the company, said in an e-mail.