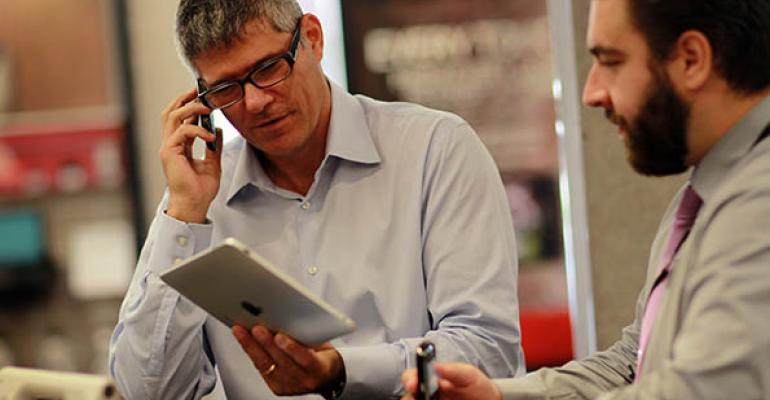 The fact that many of your clients use their smartphones to check account balances, deposit checks and pay bills has finally caught the attention of the Consumer Financial Protection Bureau (CFPB), the federal watchdog assigned by the Dodd-Frank Act to ensure that the public is protected each time they engage with a financial service.

In fact, there are approximately 74,000 new users adopting financial services tools through mobile devices per day, according to data cited by the CFPB. Consumers have given mobile the mandate not only in the way they want to engage with friends, but also in their business and professional relationships as well.

The CFPB wants to make sure it understands how consumers are using mobile devices to access and manage their finances, according to its Request for Information sent in June. Whether or not that leads to heightened scrutiny of financial services firms offering mobile services is still to be decided, but forward thinking executives in the industry need to be aware of the possibility and err on the side of caution when it comes to compliance and disclosure, say experts.

"The CFPB sees how mobile devices are fundamentally changing the financial services industry," says Anthony DiResta, a partner with the law firm Winston & Strawn, who has focused on consumer protection matters in Washington, D.C. for the past 16 years. "[CFPB] wants to see not only how the benefits affect vulnerable consumers, but what kind of consumer protection challenges are being presented."

One of the concerns of the regulatory group, believes DiResta and other legal experts, is whether consumers are being properly informed about the information that is collected about them while conducting their financial business online.

"Disclosure of terms is a big thing," says DiResta. "I think the CFPB will ultimately examine whether the providers and developers of mobile financial services are adequately disclosing their terms of service."

Margo Tank agrees, but also emphasizes that the agency's point of looking at "economically vulnerable consumers," is also key to understanding their inquiry, as well as a point of tension in the mobile terrain. She notes that some consumer groups have long pushed agencies to avoid actions that may curtail mobile usage among underserved, often rural communities—as these areas may not, for example, have hard lines wired to their homes, or may not be able to afford a desktop or laptop computer. Smartphones, a mobile device, are their tool. That's understandable as mobile phones are practically handed out to mobile subscribers—and for some consumers, may be the first computing device they've ever owned.

"The digital divide was once between those who had digital access and those who did not," says Tank, a head of the digital commerce and payments group, as well as a partner at the law firm BuckleySandler LLP in Washington, D.C. "Today it's who has a desktop [computer] and those who do not. Consumer groups are saying this is a great way to reach out and offer products to a larger community. The regulators say that's true, but they're constrained in that if Congress says disclosures have to be made in pink paper and red ink how do we make sure that happens on small real estate [that appears on smartphones?]"

Next steps for the CFPB are unclear, although both Tank and DiResta expect the agency to release either some sort of guidelines or perhaps rules in 2015. The CFPB itself won't offer details on how the agency will use the comments it collects beyond stating the information will "...inform our work and help us to determine next steps," says Moira Vahey, from the CFPB's office of communication by email.