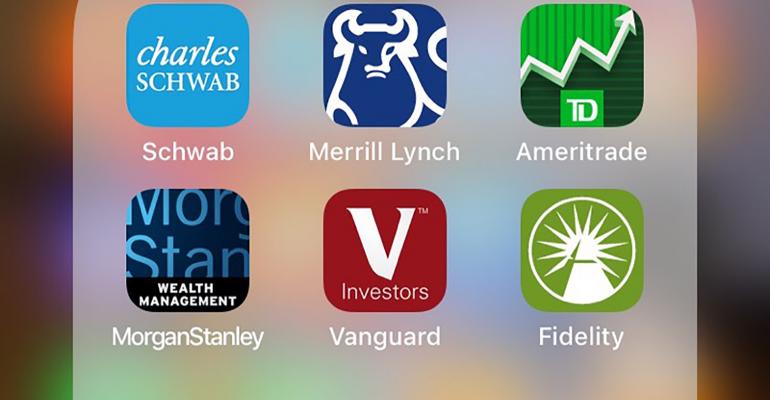 When it comes to customer satisfaction, wealth management apps continue to lag behind others in financial services. While J.D. Power did find a nine-point improvement in average overall customer satisfaction with wealth management apps (858 compared with 849 in 2020), the averages for banking (860), credit card (867) and insurance (877) industry apps were all higher, the same trend noted in 2020 and 2019.

And it was two of the nation’s largest banks whose wealth management apps topped the list in the J.D. Power 2021 U.S. Wealth Management Mobile App Satisfaction Study. U.S. Bancorp Investments came in at No. 1 with a score of 884 out of 1,000, followed by Chase Mobile (876) and Merrill Edge (870), which ranked third.

Chase Mobile topped the list in 2020, followed by Wells Fargo, with E*Trade and U.S. Bank tied for third.

Merrill’s third-place showing this year is nonetheless a big improvement over last year when the firm, along with several other wealth management–centric companies, performed below the industry average in overall satisfaction when it came to their wealth management apps.

Survey findings indicated that major drivers of that nine-point overall customer satisfaction improvement are related to increased speed of the apps, increases in the range of services offered, as well as better overall appearance. The number of customers using their wealth apps daily has increased four percentage points year over year, and the number using them multiple times per day has increased three percentage points.

Even so, the study found that only 44% of wealth app users that also work with an advisor say they communicate with them via the app—and that remains unchanged from 2020.

The J.D. Power study, which was fielded between July and August 2021, is based on responses from 3,025 full-service and self-directed investors, according to the firm. It uses five factors to evaluate customer satisfaction with wealth management mobile apps, and these include—in order of importance—range of services; clarity of information; ease of navigating; appearance; and speed of screens loading. 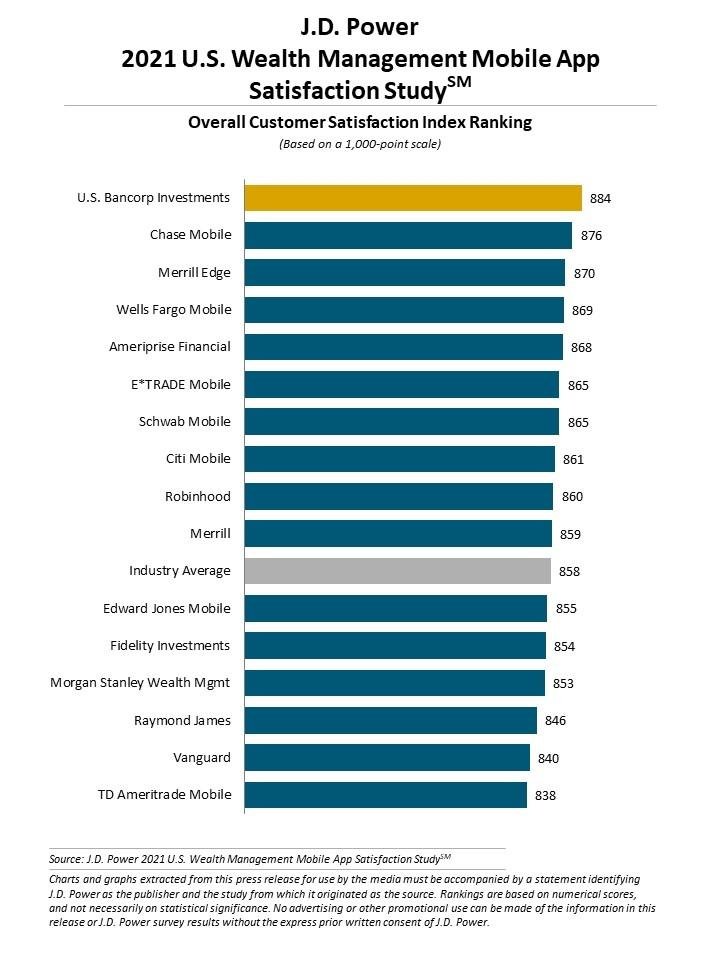