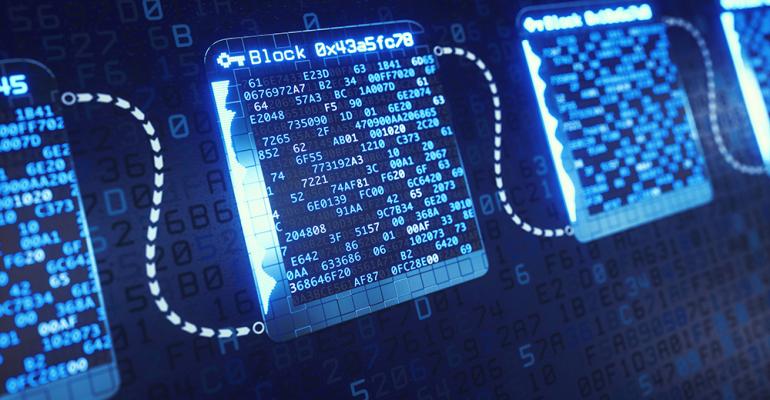 The advent of tokenization across peer-to-peer networks can make virtually any asset tradable and investable. That’s an existential threat to financial advisors, whose value will increasingly depend on specialized knowledge of a smaller slice of a much larger world.

Imagine this: One of your best clients walks into your office to tell you your wealth management services are no longer needed because she can now access investments and financial guidance on her own.

With your mouth agape, you learn why you and your advisory ilk are headed swiftly toward extinction: new technology that circumvents the middlemen. The client tells you she’s using digital trading platforms like eToro, enjoying the use of peer-to-peer (P2P) vehicles to securely buy and sell pieces of securities on a do-it-yourself (DIY) basis (without brokers and at no cost) and generally charting her own financial course.

You abruptly learn how the advent of tokenization, the splitting of just about any asset into many pieces, is disrupting the wealth management industry. Tokenized assets can include stocks, bonds, funds and an infinite variety of alternative investments you never thought possible in areas about which you’re clueless.

Adding insult to injury, the client tells you she’s on track to retire sooner than the plan you crafted would allow because of the appreciation of her tokenized shares of a Tokyo apartment building and her ownership slice of paintings by Van Gogh, Renoir and Monet. On her way out the door she mentions she’ll be adding to her IRA a scintilla of ownership in the New York Yankees, and a couple of Texas wind farms.

This stunning final client meeting is a distinctly possible scenario for many advisors in the not-so-distant future because of the disruption that tokenization brings.  Tokenization isn’t a Wall Street buzzword—yet. But it’s made possible by a technology that’s been far more spoken about than broadly understood: blockchain.

Tokenization is one of many ways that blockchain is challenging the centralized financial world, where brokerage, banking and advisory institutions have historically collected fees from anyone seeking access to markets, services and products. The whole idea of blockchain is decentralization and the consequent disintermediation of these centralized institutions.

Tokenization is just one example of how blockchain is far more than the vehicle for Bitcoin and other borderless cryptocurrencies. Once recorded on blockchain, items are part of an indelible record, a perfect audit trail that staunchly resists fraud. It’s a highly secure registration and documentation system, built from customizable open-source software, that enables transparent yet tamper-proof recording of who owns what, who bought what from whom and at what price, and who’s currently buying or selling.

Already, asset owners are selling tokens representing ownership of real property registered on a specific blockchain for all to see, a kind of global register of deeds. Owners are tokenizing works of art and other items through such infrastructure platforms as Swarm, Harbor, and Polymath, which have created turnkey processes for tokenizing all types of assets, including private equity, investment funds and commercial real estate.

So palpable is tokenization’s momentum that it’s now the subject of a specialized media website—The Tokenist.

Eventually, many—if not all—securities will be tokenized, and regulatory approvals for this are already occurring: Delaware, the Mecca of corporate charters, has amended statutes to allow the use of blockchain for corporate share registration. Eventually, the SEC will likely lend its blessing to the trading of tokenized securities because blockchain is hack- and fraud-proof, a winning feature for exchanges and traders seeking greater security.

Polymath, which describes securities tokens as the “future of Wall Street,” has begun enabling trillions of dollars in securities to migrate to blockchain. In my chat with Trevor Koverko, Canada-based Polymath’s founder, at a recent conference, he told me how he got the idea for his company. While running a private equity fund, he said, he “woke up one morning and said, hey, wouldn't it be great if we could tokenize our fund?” There was no simple way to do that at the time. Now there is.

Blockchain started in the 1990s, and its decentralized nature made it a natural chassis for Bitcoin and other cryptocurrencies. Blockchain’s affinity with cryptocurrency creates likely scenarios of security tokens being purchased and sold on primary and secondary markets with cryptocurrency—a use that could take crypto’s adoption into the mainstream.

After being tokenized, assets that were once owned, wholly or mutually, through funds managed by centralized sources will become a type of security that your clients can buy and sell P2P —at a premium or a discount, like any traditional security. Individuals won’t need an advisor to purchase a piece of an A-share of Berkshire Hathaway from someone who has the code for the tokenized security stored on their phone.

Tokenization, decentralization and the rapid expansion of DIY investment platforms clearly pose a threat to the advisory industry as we know it. But there’s a less fearful way to look at it: All this will create myriad opportunities for advisors willing to alter their practices and learn new skills.

Late-career advisors might be able to ignore the blockchain revolution, though they might forgo substantial revenue by doing so. But early- and mid-career advisors may face an existential competitive threat if they don’t prepare to seize concomitant opportunities by:

Though the blockchain revolution will make new knowledge and alliances paramount, it will nonetheless underscore the importance of human qualities that robo-advisors and chat rooms on digital investment platforms can’t replicate (yet): balanced judgment, perspective and empathy.

For the foreseeable future, by spawning blockchain, the digital revolution will bring us full circle: from traditional human advice to roboticization to blockchain tokenization, which will doubtless result in investor bewilderment, requiring human advice—from those who become qualified by adapting.

Eric. C. Jansen, ChFC®, is the founder, president, and chief investment officer of Westborough, Mass.-based Finivi Inc., an SEC-Registered Investment Advisor. He is the founder of BlockSocial.com, a blockchain technology media site. He is also currently authoring a book on the future of blockchain, bitcoin, and a more decentralized world.