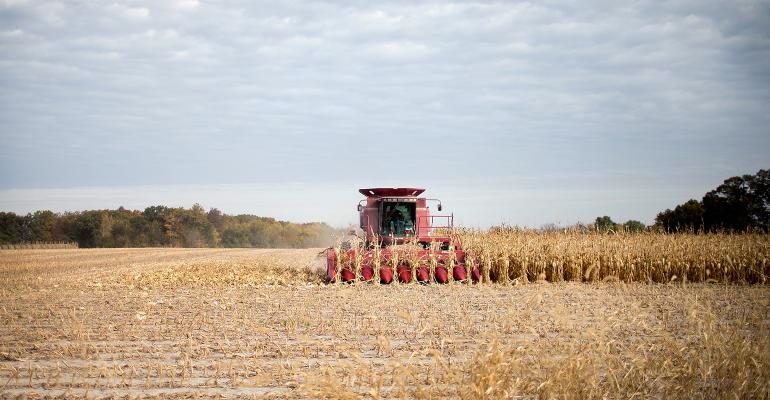 A High-Return, Often Overlooked, Asset Class Is Getting Easier to Invest In

Startup AcreTrader is attempting to remove several thorny problems preventing the growth of farmland as a serious asset class.

Farmland is likely to become the next big asset class. Or at least that is what one farmland-related startup would have us all believe. It does make sense, once you scratch the surface and look a little beyond the topsoil.

After all, as Samuel Clemens/Mark Twain famously said about investing in land: “They are not making more of it.” He was referring to all real estate, but the same is true of farmland here in the United States.

AcreTrader founder and CEO Carter Malloy said farmland, with the help of his application, represents an asset that could be much more readily invested in by advisors and their clients. Several inherent factors make this so: Namely that there is $3 trillion worth of farmland in the United States, that it has incredible performance, with 12% annual returns and little volatility. And that is not all, it also has a very low correlation: -.03 to be specific.

Headquartered in Fayetteville, Ark., with the head offices of Fortune 500 companies Walmart, Tyson Foods and J.B. Hunt not far away, AcreTrader has 15 employees, which include software developers, researchers, operations professionals and marketing.

“We work with a wide mix of people interested in investing in farmland, and that includes a lot of RIAs,” said Malloy. “And frankly, we love working with them, they ask the right things and they spend a lot of time looking for diversification.”

A big part of Malloy’s interest was an outgrowth of his relationship with his farmer father and the family farm, while much of the rest came about while working as an equity research analyst. It was as an analyst that he came to fully realize how good an investment farmland could be—if some difficult problems could be solved.

The major roadblock his startup is trying to address is a lack of transparency when it comes to the valuation of farmland, but in addition there is also the thorny issue of a lack of liquidity in the market.

Also problematic: a shortage of professional capital formation for farmland as an asset class. Simply put, it is much easier to buy a stock, bond, mutual fund or ETF than it is to find, buy and manage an investment in farmland.

Basically, the way AcreTrader works is by investigating farms that represent a good potential investment and whose owners are interested in selling. They also investigate farms whose owners get in touch through the company's website. Any farm the team views as having potential goes through an extensive due diligence process. The farm is studied to see that it has great water, soils, and a strong or promising financial profile. Once this is complete, a limited liability corporation is created for the farm. Investors then either buy shares directly from the LLC or through an intermediary. AcreTrader stays actively involved in monitoring the farm through its manager to ensure accurate reporting and financial returns for the investors. This process includes the ongoing management and reinvesting returns in the farm where needed to maintain its maximum productivity and ongoing health.

“Classic play to bring liquidity to very illiquid and underutilized assets; in that context the approach makes a lot of sense,” said Will Trout, head of wealth and asset management at research and advisory firm Celent.

“The concept is most compelling if they can indeed bring their expertise to bear on the value of the parcels in play, and avoid, or at least manage, the impact of secular threats, including politics and global warming on the portfolio,” he said adding that in the face of things many investors cannot fully grasp or relate to like cryptocurrency, real assets are gaining popularity.

In addition to its own marketing efforts directly to investors and advisors, AcreTrader is also working to line up other distribution partners and currently has three in the digital self-directed retirement account space, including Alto, Rocket Dollar and Strata Trust Company.

Rocket Dollar founder and CEO Henry Yoshida said that while AcreTrader represents just one of many potential investments for those that open self-directed SEP IRAs, solo 401(k)s or several other types of retirement accounts, the concept is an interesting one.

“Rocket Dollar is more like a self-hosted broker that lets you open an IRA and we don’t make recommendations and are pretty agnostic on how you invest but with AcreTrader you are buying something tangible,” Yoshida said.

“You have $10 trillion sitting in IRAs out there and right now 100% of that is sitting with asset management and brokerage companies,” he said.

Isaiah Douglass is founder and solo practitioner of ID Financial Planning & Wealth Management, which specializes in working with dentists and veterinarians and is based in Indiana. He has started to use AcreTrader with a couple of his clients. One investment was in an almond farm in California; another client a holding in a row-crop farm in the Midwest.

Douglass comes from a farm family himself. His father, who is retired, now rents his land—so Douglass said he can easily visualize interest in AcreTrader from both sides of the fence.

“This is simply adding another asset class that is diversified, that will provide capital appreciation over time and that has no impact or correlation to the stock market or bond market,” Douglass said.

He said the way the deals are set up, whereby an investor is simply buying shares in an LLC and how that can be in the thousands or tens of thousands of dollars, at least initially, instead of hundreds of thousands or millions, was palatable to his clients.

“The way I look at it is that there are some other big sites out there for investing in commercial real estate so why not farmland?” he said.

Jake Cutler, a third generation California farmer—specifically an orchardist—has been working with AcreTrader on a recently closed investment in an almond orchard.  He conducted some of the initial property due diligence and will be responsible for farming oversight and ongoing farm management and farm asset management.

He said that for every type of farm there is a tremendous amount of knowledge needed both to run it and get the most from the land and crop in question but also the outside factors that can affect it.

“Not every almond orchard is going to be on the same trajectory in terms of growth, output, yield and the regular availability of needed water—that becomes one of the biggest challenges, almond orchards to vineyards, to dates,” he said. Each of these types of farming operations has dynamics different from most row crops.

While AcreTrader continues to perfect its platform, one that is at present most compatible with the business models of many financial advisors, there are a lot of technology-based efforts to help democratize access to agriculture and help those in the industry with transparency. For example, there are the agricultural crowdfunding platforms FarmFundr.com and AgFunder.com. There is Tillable, which helps landowners optimize their returns and help farmers get access to land to expand their operations. In the area of farmland valuation, platforms like AcreValue are trying to bring transparency to what has always been a very manual process.