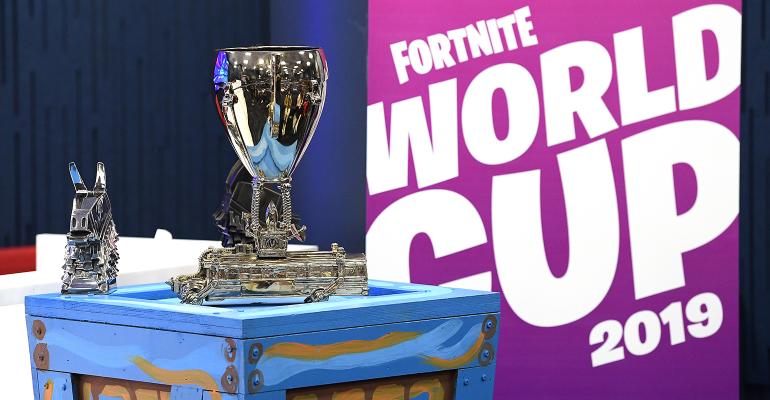 Following this weekend’s Fortnite World Cup finals in New York City, a select number of players will be collectively $30 million richer. That could be an advising opportunity for enterprising financial advisors, after at least one teen hired a financial advisor following a gaming windfall earlier this year. That player, Griffin Spikoski, is reportedly playing in this weekend’s tournament.

While tournaments are one potential source of income, gamers can also make money by streaming videos of themselves playing on platforms like Twitch, bringing in thousands of dollars a year. Noam Ackenine, who plays under the gamertag Megga, and Daniel Walsh, who plays as Dubs, are both professional Fortnite players in the FaZe Clan (analogous to a team in other professional sports). As teens, they are making $120,000 and $80,000 per year, respectively, and have an interest in purchasing real estate, according to a CNN Business report. The duo are finalists at this weekend’s tournament.

Advisors interested in providing guidance for gamers should understand the terminology used by gamers and be able to break down the difference in income characteristics between esports and streaming, said Galen Herbst de Cortina, lead financial planner at Buff Your Finances in Thousand Oaks, Calif. He specializes in advising clients who are gamers.

Esports prospects could be likened to traditional sports players as prospective clients, with earnings tied to performance and competitions. Streamers are more akin to actors or theater professionals, spending significant amounts of time in front of a camera while playing. Both categories are growing like mad, he said.

“It’s a huge opportunity [for advisors],” Herbst de Cortina explained. Gamers are typically young, self-employed business owners and stumbled into their career, which can consist of being on-camera for 6-8 hours per day, 6-7 days a week, he said. “They will need more help than your pre-retiree, who has figured things out at a baseline level.”

Part of what makes advising gamers so exciting, Herbst de Cortina added, is that it is a new industry. Streaming has been around for a little over a decade, he explained. “Imagine if you started advising NBA players 13 years into the creation of the league. It’s that sort of thing.”

With finalist prizes of $3 million and most players in their teens, Herbst de Cortina expects that there will be an advisor or two hovering around Arthur Ashe Stadium, where the tournament is being held. “Going to the in-person events is big,” he said. “It’s a highly geographically diffused industry that is isolating. In-person opportunities are a really big draw for streamers.”