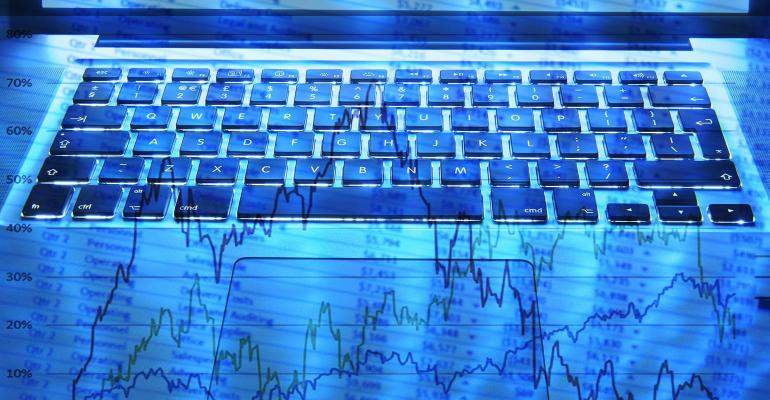 The race is on to provide direct indexing for advisors. Pershing's latest move shows it wants to beat competitors like Schwab and Fidelity.

BNY Mellon’s Pershing is acquiring customized direct indexing provider Optimal Asset Management, according to an announcement from the firm. Based in San Jose, Calif., Optimal Asset Management, which also operated an automating investing service called FutureSafe, will become a part of Pershing X, a business unit announced in October and led by former LearnVest and Northwestern Mutual executive Ainslie Simmonds. The transaction is expected to close before the end of the year.

Related: Fund News Advisors Can Use: A Big Week for Direct Indexing

Optimal Asset Management, led by film producer, founder and CEO Vijay Vaidyanathan, has four employees and $981 million in AUM, of which $951 million pertained to pension and profit-sharing plans, according to regulatory filings. The firm has 96 total accounts and was founded in 2013.

“Optimal has developed a patented software solution that can be utilized by institutions, wealth managers and advisors to deliver customized institutional-grade investment solutions for all investors,” according to Optimal Asset Management’s site.

The firm’s software will “help advisors at our client firms improve relationships and grow their business," said Ainslie Simmonds, president of Pershing X, in a statement.

Simmonds also revealed that Pershing X will be more than just an incubator. Eventually Pershing X will be a “best-in-class, highly inter-operable advisory platform,” which will include direct indexing—a new capability for BNY Mellon, she said, via email.

“This acquisition is a key part of that platform build-out because we are looking at all the capabilities advisors need, and finding ways to provide them by building, buying or partnering,” she added.

If Pershing is successful and launches before competitors like Schwab, it will be the first custodian to offer direct indexing for advisors, according to data provided by Javelin Strategy & Research.

“None of the custodians has rolled out a service,” said William Trout, director of wealth management at Javelin Strategy & Research. “It’s really early days still. I do think Pershing is trying to scale up to compete with its larger counterparts like Fidelity and Schwab.” Many of the firms that have acquired direct indexing technology are still working out the details.

“The new unit puts a decidedly digital stamp on its efforts,” Trout added. With Simmonds in charge of the unit, there’s an opportunity for Pershing to “support the house tech platform NetX360 from a brand standpoint—note the ‘X’—while generating some organizational room or daylight from the legacy BNY Mellon organization.”

Simmonds said she was “deeply involved in all the capability decisions that are happening at Pershing X,” including the Optimal Asset Management acquisition and “very impressed with what the Optimal team had built.”

Optimal Asset Management’s direct indexing capabilities also come with automated investing technology, which the firm operated under an entity called FutureSafe. It’s not immediately clear whether FutureSafe continues to function or has been discontinued. A webpage to its investing portal was still active at the time of publication, but other material was available only in web caches and the pages appeared to be offline. A spokesperson for Pershing did not immediately clarify FutureSafe’s status.

While there are no indications that Optimal Asset Management's technology will look like the firm's direct-to-consumer automated investing platform, a description of FutureSafe could provide some hints as to what the offering or its underlying methodology might look like.

The automated investing platform mixed Treasury bonds with individual stocks picked from the S&P 500 Index, according to materials available on a cached version of the firm’s site.

Investors who linked their existing brokerage account to FutureSafe paid a $10/month fee but could incur transaction fees charged by the client’s brokerage. FutureSafe also offered a managed service for $100/month, with a $100,000 minimum investment.

For either type of service, accounts with less than $10,000 were managed for free. Investors could open taxable, retirement and trust accounts.

FutureSafe was based on technology developed for “sophisticated portfolios and tools for pension funds,” according to cached material on its website. “We let you specify the maximum loss you are willing to bear, and the upside target you are seeking on each account.”

FutureSafe then uses a “Goal Optimizing Outcome Shaping Engine,” called “GOOSE” that lets the individual investor set his or her own downside limit and upside target goals for each account.

FutureSafe incorporated fractional shares and “factor-based strategies” with the goal of outperforming industry benchmarks. It also included “a fully-automated goals-based risk control panel that allows you to set an upside target and a loss-limit that acts as a safety net for your account.”

It’s not immediately clear if the technology for Optimal Asset Management and FutureSafe was developed in-house or by using third-party resources, and a company spokesperson did not clarify. But Pershing X is acquiring all the technology of both entities, according to the spokesperson. All Optimal employees will be moving to Pershing X, where they will report to Simmonds.