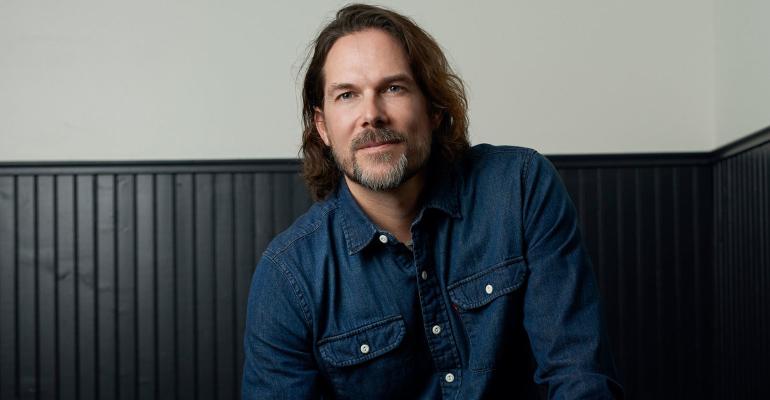 Eyeing competitors like Betterment, Orion and Envestnet, Altruist is launching a portfolio marketplace with offerings from DFA and Vanguard.

In a bid to expand its marketshare beyond the more than 500 RIA firms currently using it, Altruist is launching a portfolio marketplace, featuring its own investment models, alongside those of Dimensional Fund Advisors and Vanguard, the firm announced, with plans to add more model providers. Not only does the launch provide another differentiator for Altruist, it gives the firm better footing to compete, according to its founder, with companies like Orion and Envestnet, as well as advisor-focused robo offerings like Betterment for Advisors.

Advisors using the new feature can open and fund accounts, invest, manage, report and bill from Altruist, according to the announcement. The new marketplace will provide a tantalizing offering for advisors, particularly those who are sensitive to pricing, said CEO Jason Wenk. Drawing comparisons, Orion is more expensive and doesn’t have a custody layer, he said, while Envestnet is a software company, with an asset management layer and a custody layer, but “they’re known for being quite expensive.”

Related: Oranj’s Closure Is a Wake-Up call for Advisortech

A better comparison for Altruist’s new offering is Betterment for Advisors, said Wenk, who added that his firm's pricing undercuts that of the Betterment’s offering.

While Wenk would not go into detail on Altruist’s pricing, Nathan Parkins, advisor and founder of MoLei Financial, in Elmhurst, Ill., has used both services. A member of XY Planning Network, Parkins switched from Betterment for Advisors to Altruist—even with the XYPN discount he was getting for Betterment for Advisors.

On price, Parkins said Altruist doesn’t charge for the first 100 accounts, then charges $1 per account beyond that. For XYPN members, Betterment charges $100 per month, per advisor, plus a 15 basis-points fee on assets. The platform fee becomes active after 90 days. With Parkins’ business model, he avoids passing asset-based basis point fees through to clients, an option that’s available with Altruist, but not Betterment for Advisors, he said.

Plus, Altruist’s platform is easier for Parkins to use, so even if Betterment and Altruist had the same pricing structure, Parkins would still be using Altruist, he said.

With the addition of the portfolio marketplace, Parkins is looking forward to better customization than he gets at Betterment, he said. "You can create your own portfolios, your own models. You can mix them, blend them. You have a lot more flexibility, which as the advisor, I personally like."

Just as with DFA funds, there’s an exclusivity to using Altruist, said Parkins. “People will say, ‘Hey, I can only sign up with Altruist if I have a financial advisor who has Altruist.’ It creates that exclusivity approach, which for an advisor is actually kind of nice.”

No Tool Is Perfect

But even with its new features, well-developed user interface and strong value-prop, Altruist can't provide advisors with everything they need.

Despite the features of Altruist, Parkins uses Orion for its client portal and portfolio accounting system, plus the integration it has with MoneyGuide. Through his XYPN membership, Parkins gets access to the wealthtech provider starting at $5,500, annually.

Orion's integration with financial planning software provider MoneyGuide is a key area missing from Altruist's offering. Orion and Envestnet—and even Betterment for Advisors to some extent—have financial planning built into their offerings. Altruist does not.

There are plans to integrate Altruist with financial planning and risk management tools, said Wenk. The majority of advisors using the platform lead with planning.

RightCapital tends to be the most popular financial planning tool among advisors on the Altruist platform, with an estimated 35% of advisors using it, followed by 25% of advisors using either MoneyGuide and/or eMoney, he said. The balance is distributed among other planning software providers.

With only a few hundred RIAs currently using Altruist, the firm is also fighting an uphill battle for recognition.

"It's hard for me to tell where the comparisons are with Betterment," said Sarah Hamilton, co-founder of Hamilton Walker Advisers, in San Francisco. The customization that Betterment for Advisors provides its users is sufficient for her clients, she said, but agreed with Parkins that the asset-based basis-point fee can get expensive with clients who have a larger amount of assets.

"[Betterment] can be an expensive proposition, but they do take a lot off your plate as far as the billing and the rebalancing. It's all very turnkey," she added.

Hamilton has no plans to leave Betterment for a new investment management provider and currently custodies with Charles Schwab and its recent acquisition, TD Ameritrade. She is currently exploring ways to simplify her firm's tech stack.

For Altruist, the addition of a portfolio marketplace may simply be a case of the firm meeting more of the needs of advisors, said Joel Bruckenstein, an advisor technology consultant and president of Technology Tools for Today.

"Do I think it's going to—in and of itself—make people jump from one custodian to another? Absolutely not," he said. "But do I think that they're slowly trying to meet the needs and demands of advisors—and listening to advisors—and trying to build out according to what they're being told these people want? I think the answer is yes."

The addition of the portfolio marketplace could also be indicative of new industry demands, said Bruckenstein. "There's more and more [advisor] demand of custodians to have a model marketplace. If you want to compete, it may be something that becomes a box chef to check."

Officially, Altruist is still approaching wealth management from an abundance perspective: that there are plenty of advisors to service, and that by making a tool that makes advice affordable to an underserved market of lower-than-traditional-asset individuals, the firm will have open horizons.

It’s also being strategic about its marketplace. For DFA and Vanguard, there’s an opportunity to put funds in front of more individuals. But Wenk said the characterization of Altruist providing an “artisan portfolio marketplace” was a “natural fit” and to expect fund providers with varied models to show up on the platform.

“We are really trying to do things the right way,” Wenk said. Drawing inspiration from Vanguard, and its former CEO and Chairman F. William McNabb III (an investor in Altruist), he said the firm is eyeing the future.

“We will have a very Vanguard-like approach,” he added. “We're happy to partner with those that are just looking to accelerate the future of the industry.”